ShortList is supported by you, our amazing readers. When you click through the links on our site and make a purchase we may earn a commission. Learn more
Home > Headphones 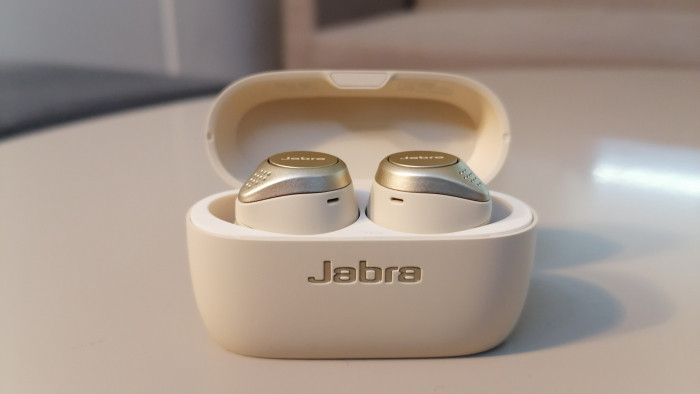 Nearly two years after the release of the Jabra Elite 65t were released, the Danish brand has now released their successors the Elite 75t. Having been revealed in early 2020, we were pretty excited to get our hands on their latest model.

The Elite 75t are smaller and lighter than their predecessors - weighing just 5.5g - and offer all the features you’d expect from your true wireless earbuds. They allow you to use voice commands (with the help of Google Assistant, Alexa or Siri), they have IP55-rated protection from water and dust, and 4-mic technology that should make your calls even clearer than before.

On paper, they sound pretty fantastic, but what about in reality? The Jabra Elite 75t earbuds certainly won’t be for everyone - and at £169.99, there are certainly cheaper options out there - but if you’re looking for headphones that don’t budge no matter strenuous your workout, you’ll be hard beat to find a better pair than these.

Here are the five things you need to know before buying them.

Jabra has described the fit of the Elite 75t as “their best yet” and we have to agree. Three sizes of earbuds come in the box, so you can make sure the fit is just right. Once we found ours (which happened to be the smallest), these earbuds do not budge. Not once during our commute, workouts or even a trip to Barcelona and back, did we feel like these headphones would come out or even feel them come loose at all.

The design of the headphone itself is also lighter and 20% smaller than the Elite 65t. The Jabra Elite 75t are some of the most comfortable in-ear headphones we’ve worn in some time. We could easily wear them for four hours or so before feeling the need to take them out. That may not seem like a lot but considering that we struggle to wear most earbuds for over two hours, we were pretty impressed.
The only awkwardness came when we were actually taking the headphones in and out of our ears. For the first few days, we tend to accidentally press the buttons on the earbuds because they’re so small. It’s not a major issue - just a slightly annoying one - and it has lessened as we’ve got more used to the headphones and know how to hold and adjust them without this happening.

During our week and a bit of testing, not once did the connection drop out. They connected immediately to our phone when we put the earbuds in, and have a nice feature that pauses your music if you take your headphones out so that you don’t miss a single second of your playlist. You can also listen to music with one earbud in if you fancy - though it does have to be the right one - you just simply restart the music once you’ve put your left headphone safely back in the case.

Be warned, for the size of the headphones they sure to pack a lot of bass. So much bass, that our favourite songs just didn’t sound right. This was largely resolved by fiddling with the customisable equaliser on the Jabra Sound+ app, but it’s worth being aware you may have to do this. However, we’re also aware that most people like a decent amount of bass - especially if you love a House or dance anthem - so this is more a personal tastes situation rather than major flaw. Plus, after a week testing the headphones out

3. Keep the real world out

The Jabra Elite 75t may not have ANC but they do have a noise-isolating fit (or PNC) that tries to do the same thing - keep the chaos of the world at arm’s length. And, all in all, they do a pretty good job at it, the fit means very little noise filters through and we never needed to put our volume above halfway. We could clearly hear our music, whether we were walking through central London, on a plane to Barcelona, or simply trying to drown out the TV in our own home.

For those few times where hearing the outside is important - crossing the road, train announcements etc - there’s a ‘hear-through’ function. You simply press the left-hand button once and the microphone picks up the outside noise and allows you to hear what’s going on around you. As with the noise-isolated sound, we were pretty impressed with the sound quality on the hear-through.

The ‘no budge’ nature of these earbuds - plus the fact they’re true wireless - makes them perfect for the gym. No matter how dynamic your workout is, these headphones will stay firmly in your ears. This is also where the IP55-rated protection for water comes in handy because it means no matter how gross and sweaty you get, these earbuds will still be there firmly in your ear motivating you on.

To be certain of this, we took the headphones out on a small run around our local area. On our half an hour run, we only had to do one slight adjustment of the headphones right at the beginning of our run which, considering this was the first time we'd worn them doing exercise, was pretty good. Even on that occasion, the earbuds didn't feel like they were going to fall out, they just needed shifting ever so slightly. These are some of the best running headphones we've worn in some time.

5. A battery that keeps on going

Alongside the fit of these headphones, the battery life is one of the main selling points of these earbuds - it’s mightily impressive. The headphones themselves can easily last a full work day (8 hours) on a single charge and the charging case keeps them topped up for another two and a bit days. Put another way, as long as the case was fully charged, you could happily go away for the weekend without the charging cable and not have to worry until you get back.

The case isn’t wireless, it’s instead topped up by a USB cable. From empty, the headphones take just over two hours to be fully charged, though there is fast charge so you can get an hour of charge from just 15 minutes in the case - just enough to get you through that evening commute. 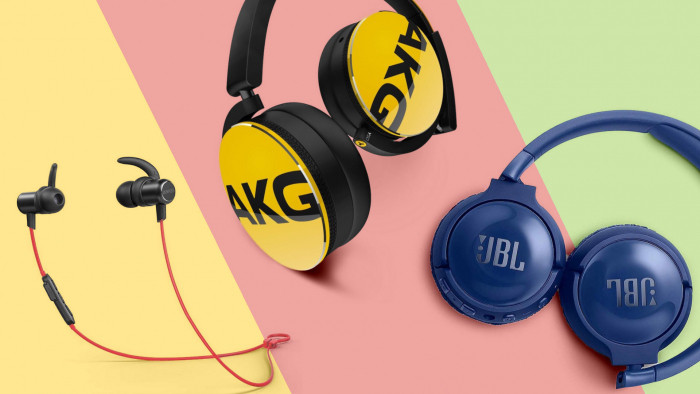 The best cheap headphones - all for under £100.
Headphones 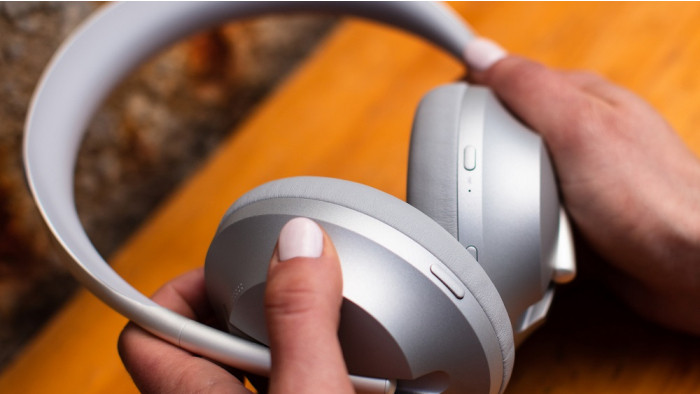 Thankfully 700 doesn’t refer to the price