Here's how to make sure you always leave work on time

WHY ARE YOU STILL HERE? 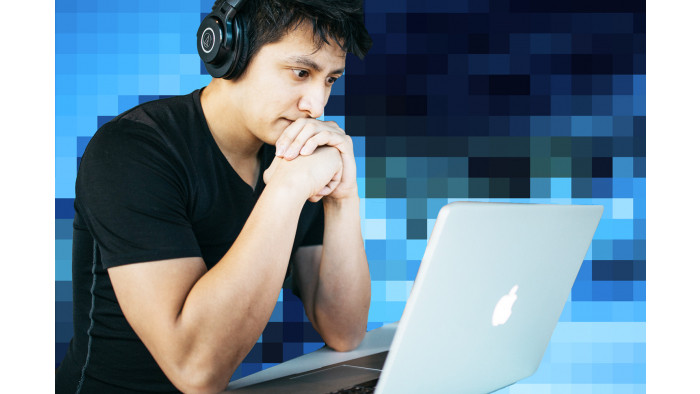 It is 8pm on a Thursday, and you are still at work. Your bum is aching, your head is sweating, your teeth are slowly grinding down to the gums, your eyes are flitting in and out of focus, and everyone else is in the goddamn pub. Ask yourself: why are you still here? Why are you not there? You: heavy elbows, chapped lips. Them: lubricated gullets, thumbs up.

So how do you make sure that you leave bang on time, every time? Well, Lifehacker have come up with a bunch of handy tips to ensure that you don’t literally live in the office now. Here they are, for your pleasure:

Essentially, you shouldn’t feel bad for leaving on time, even if everyone else is still in the office. If you finish at 5.30pm, then you’re allowed to leave - you don’t have to stay. Shout “IT’S THE LAW!!” and throw a load of paper in the air as you exit, if you must.

Belle Beth Cooper at the todoist blog suggests framing it as ‘moving towards something else’ rather than simply ‘leaving work’. So think of it as “I’m going to the gym now” or “I’m meeting mates at the pub now” or “I’m going home to continue my year-long fight against the rats in my basement, now”.

Use this technique and you’ll notice the guilt trickle away.

Stop putting things off. So if you’ve got a big old task that needs to be done that day, don’t spend ages scrolling through oil rig memes or watching videos of people going over the handlebars on their bikes - get it done first thing.

Elizabeth Grace Saunders at Fast Company reckons you should ask yourself the following question every morning:

“What would keep me at work late?”

And then sort it out pronto, so that you can do what you want later on in the day, like scrolling through oil rig memes or watching videos of people going over the handlebars on their bikes.

“Make Plans for Right After Work”

Give yourself a concrete excuse to get the hell outta that joint on the dot, and you won’t feel guilty for leaving on time, because you have to. So book a cinema ticket, or a table at a restaurant, or make plans with someone who will literally kill you if you’re even a minute late. This way, you’ve got to leave, you have a watertight reason to leave the office, and nobody can make you stay. Your colleagues will not want to feel responsible for your untimely death in a Zizzi’s at the hands of an extremely volatile and unreasonable friend.

“Be Assertive When Necessary”

Basically, this is a case of letting everybody know exactly when you’re leaving each day. Job coach Lea McLeod suggests you tell everyone you’re leaving ‘at X’ and then follow through and keep it up - you essentially need to train your colleagues what to expect of you, and when you’ll leave. So buy a megaphone and screech something like “I SHALL BE LEAVING THIS HELL-HOLE AT 3PM EVERY DAY, WOULD YOU LIKE A FIGHT ABOUT IT”.

It’s also important to say no to things. So if some slicked-back slimeball in a pinstripe bangs a TPS report on your desk 30 minutes before you’re due to leave, it’s perfectly acceptable for you to tell them that you’ll do it in the morning, otherwise would they like a fight about it.

“Set a Reminder and Schedule a Transition Period”

In essence, you just need to let yourself know about half an hour before you plan on going home, so that you can ‘wind down’, as it were. So you’ve reached a stopping point for your big tasks, and you can use the remaining time to tie up little bits and prepare for the next day. However, beware of ‘one more syndrome’ - so don’t get caught in a busy loop of work. This syndrome also applies to the pub afterwards, FYI.

So, to conclude, do all of the above things and you shall find yourself with more free time and as a result, a better outlook on life. And with more pints in your hand.