Cult classic Hocus Pocus is getting a sequel 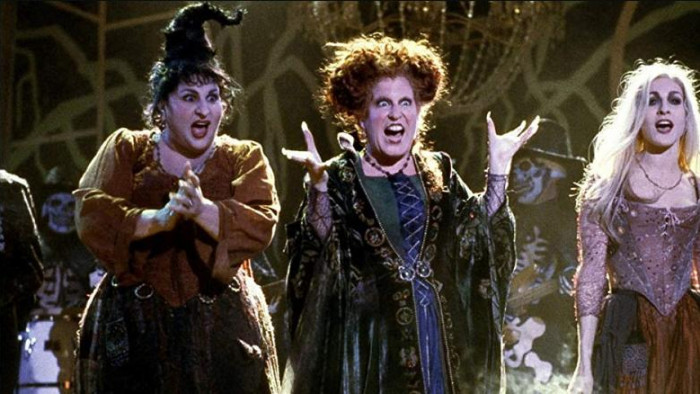 Disney+ is nearly here – at least for those in the US. And whilst we in the UK do have to wait a little bit longer, it looks like that wait is going to be worth it, with a whole raft of brilliant shows and films being lined up for the service.

And when we heard that classic 90s film Hocus Pocus was getting a sequel we were EXCITED. Starring Bette Midler, Sarah Jessica Parker and Kathy Najimy as three witches causing havoc and mayhem in the house of two children, the film made little dent on the box office at the time but has slowly grown into a cult classic.

And now it's getting a sequel! Jen D'Angelo, writer of TV show Workaholics, will be working on the script, so it's sure to be hilarious. But according to Collider, who announced the news, D'Angelo has another task – "finding a way to bring back the original cast as Bette Midler as Winifred, Sarah Jessica Parker as Sarah and Kathy Najimy as Mary".

At present, none of them are attached to the project. But "the studio is hopeful they'll be involved... in some capacity".

No details yet on what the film will look like, or even if the original cast members would take centre stage even if they were to sign up to the project.

We'll keep you updated on what's going on, as well as any other Disney+ developments. For our pick of the best the service has to offer so far, click here.