Hamilton: The Movie is arriving soon on Disney Plus. 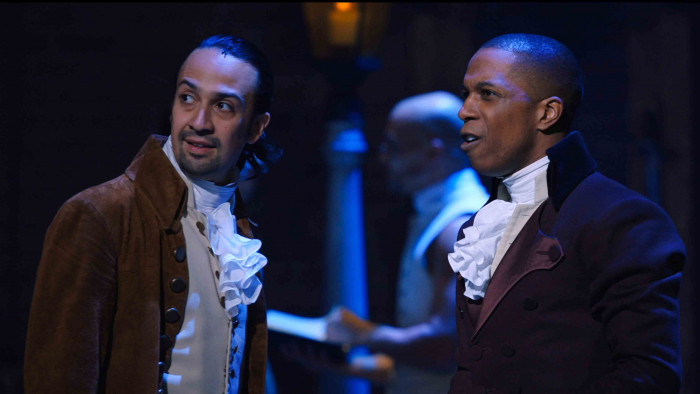 The original Broadway production of Hamilton is streaming exclusively on Disney Plus on July 3, and now we have a trailer which reveals just how the show is going to look on the small screen.

It wasn't meant to be this way. In a non-Covid world, Hamilton: The Musical was mean to be one of the big-screen pillars of the summer for Disney.

Given we are all still at home, though, it decided to debut the movie on Disney Plus - we're guessing that a big-screen release may happen sometime later in the year.

The trailer is only a minute long but it does show off how the show has been shot. In short: get ready to be up close and personal with the stars.

The version of Hamilton you see in the movie is of the original cast and was filmed at The Richard Rodgers Theatre on Broadway in June of 2016. The show, with its blend of hop-hop, R&B and, well, show tunes tells the story of American founding father Alexander Hamilton.

The Hamilton movie is exclusively available to stream on Disney Plus from the 3 July. Here are the best Disney Plus TV shows to tie you over until then.