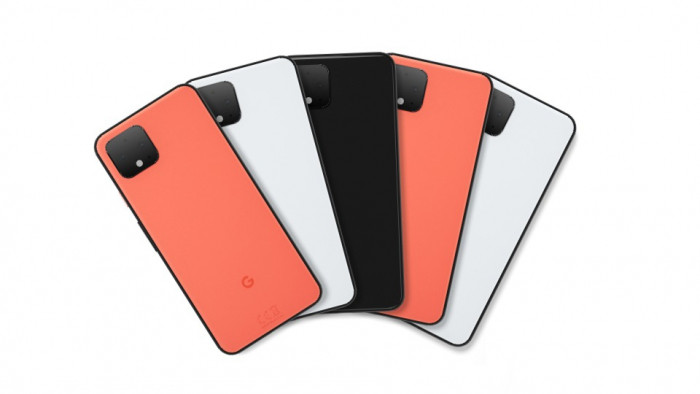 The rumour mill has been churning ahead of the Google Pixel 4 event on October 15 - particularly in relation to the highly-anticipated launch of Google’s flagship Pixel 4 and Pixel 4 XL handsets.

The competition have spent recent months launching their respective next gen handsets, with competitors like Samsung with the Galaxy Note 10, Apple with the iPhone 11 and OnePlus 7T showing off their technological prowess.

And now the time has come to finally reveal what users can expect from the latest models to join the Google family.

The soon-to-be flag bearers of Google’s latest Android 10 update (formerly Android Q), the handsets are set to feature the operating system after the sixth and final beta update was rolled out on August 7.

Despite it being the most used operating system in the world, the Pixel 4 and Pixel 4 XL always needed to stand out from the crowd, given stiff competition from the likes of Apple, as well as fellow Android rivals like Samsung.

Google Store on October 22 but you can pre-order now - y’know, in case you really want to get your mitts on them.

With its new industrial design, both the 4 and the 4 XL are available in three colour combinations: Just Black, Clearly White and Oh So Orange - because using straight up colour names just doesn’t cut it anymore.

With their contrasting (and rather slick-looking) aluminum band, you’ll be pleased to hear that the Pixel 4 XL tucks the front camera and facial recognition sensors inside a bezeled edge - a marked improvement from the annoying notch seen on the Pixel 3 XL.

First thing’s first, the Pixel 4 has had a size upgrade. Boasting a fullscreen 5.7-inch OLED display, it’s a marked upgrade from the Pixel 3’s 5.5-inch offering.

The Pixel 4 XL on the other hand retains the same screen dimensions as its predecessor, with a fullscreen 6.3-inch OLED display.

The handset offers Ambient EQ and Smooth Display - meaning you’ll get Google’s smoothest screen experience to-date, alongside HDR Support and the all-important Corning Gorilla Glass 5 that will hopefully see you through those accidental handset slips without a crack in sight.

We knew pretty early on that the Pixel 4 would feature multiple cameras contained in a square camera housing - similar to Apple’s iPhone 11 Pro - after Google officially ‘leaked’ images prior to the launch, hinting at what was to come from the handsets.

The handsets offer Super Res Zoom - using a combination of Super Res Zoom software and the phone’s second rear camera - ensuring picture quality remains high even at a distance, alongside optical and electronic image stabilisation to help you avoid those dreaded blurred images.

There’s also been a major upgrade in the form of the handsets’ Night Sight feature too. Offering great image quality in a low-light setting, the camera features Night Sight: Astrophotography for the star gazers among you.

Boasting dual exposure controls alongside live HDR+, it’s definitely something worth shouting about.

In terms of video, both the Pixel 4 and Pixel 4 XL offer 1080 pixel quality at either 30, 60 or 120 frames-per-second, while both of the front camera offers the same quality at 30-frames per-second.

In terms of storage, both handsets come in 64GB and 128GB models as standard.

When it comes to price, the Pixel 4, the entry-level model is set to retail at £669, so isn’t going to burn a whole in your pocket anytime soon - particularly when you compare it to Apple’s iPhone 11 Pro which comes in at a hefty £1,049.

As expected, the Pixel 4 XL is set to retail at the slightly higher price point of £829, but for that price you get added screen inches as standard.

Both handsets boast a significant number of upgrades - particularly when it comes to camera specs - so all-in-all Google can definitely justify the price.