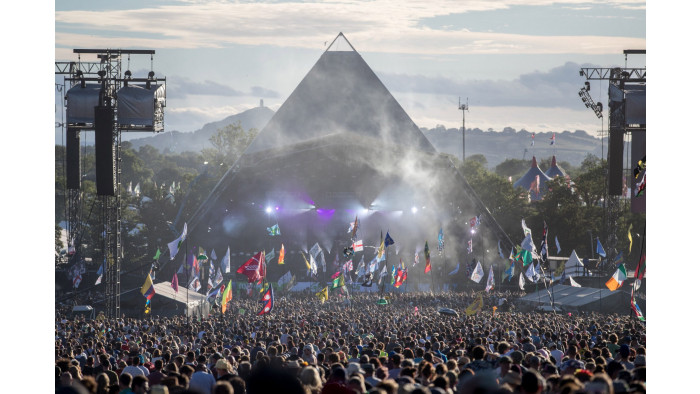 The line-up for the 2019 Glastonbury Festival has been announced, and there are some huge names involved as the festival returns after a year away.

The Killers, The Cure and Stormzy have been given top billing, but there is notably a close to 50:50 gender split across the line-up.

This was a conscious decision from the organisers, and Emily Eavis has provided more detail on the process behind choosing who would come to Worthy Farm.

A Woodstock 50th anniversary show is on the way this summer

Janet Jackson and Kylie Minogue are among the female solo artists set to appear at the festival, while British acts Stefflon Don and Jorja Smith are also on the bill.

“The gender balance is something I consider at every stage of the booking process,” Eavis is quoted as saying by the BBC.

“We’re a little way off being 50:50 across the whole festival, but in 2017 the Park Stage was 50:50 and that will be the case on other stages this year. We’re definitely moving in the right direction.”

In an interview with SomersetLive before the release of the line-up, festival founder Michael Eavis spoke of his continued commitment to supporting the local community nearly half a century after the first festival in Pilton, Somerset.

“Obviously the festival makes a lot of money, but we give most of it away to good causes, which I am very proud of,” he said.

“I’m not the kind of person who buys expensive yachts and goes on holiday in the winter, we are interested in the local community here and we want to do good things.”

The 2019 festival had been due to feature The Prodigy, who headlined the Other Stage in 2009, before the death of frontman Keith Flint.

Other artists on the bill for the sold-out event – taking place from 26-30 June – include Lauryn Hill, The Chemical Brothers and Liam Gallagher.

The most recent Glastonbury Festival, in 2017, had Radiohead, Foo Fighters and Ed Sheeran headlining the Pyramid Stage.