Glastonbury 2020: it's official - Paul McCartney is to headline

After a not-so-subtle hint, he's going to be at Glastonbury 2020 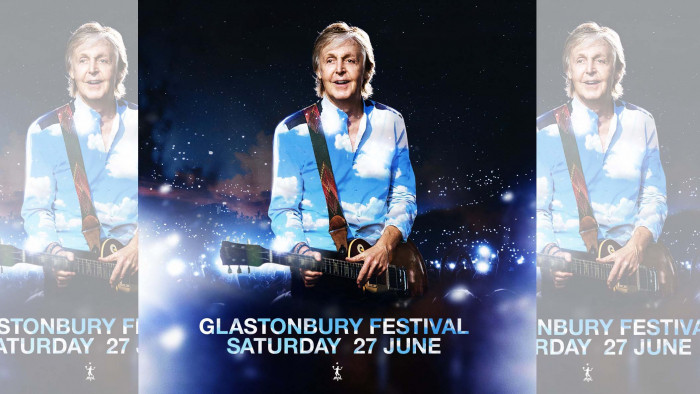 Paul McCartney, you may have heard of him, has been confirmed as a headliner for Glastonbury 2020, after a cryptic tweet he sent out earlier today had fans guessing he was heading to Worthy Farm.

The former Beatles, Wings, Frog Orchestra conductor sent out the Tweet today that just had the faces of three people on it: musician Philip Glass, actress Emma Stone and guitarist Chuck Berry.

It's their last names that are key here: Glass, Stone, Berry.

While it took a few hours for the confirmation to happen he is now set to hopefully knock himself off of the best Glastonbury headliners roster, given he played the Pyramid Stage back in 2004. In that time he has had four new solo albums, including the latest Egypt Station.

Michael Eavis had hinted that he wanted Paul McCartney to play Glastonbury 2020, as it is a rather special one, it's the 50th year of the festival. McCartney's appearance was confirmed via Twitter.

We are incredibly excited to announce that @PaulMcCartney will headline the Pyramid Stage on the Saturday night of Glastonbury 2020. pic.twitter.com/bcGfjOTYL8
— Glastonbury Festival (@GlastoFest) November 18, 2019

While the first batch of Glastonbury tickets sold out in just 30 minutes, if you haven't nabbed a ticket then there is also a special ballot open, where 50 lucky people will get a pair of tickets - this is also to celebrate the festival's 50th anniversary.

Another act that has been confirmed is Diana Ross for the Legends slot, while Madonna, Oasis and Taylor Swift are still big bookie favourites to appear.

You've got to love a big bad.
Music