Elizabeth Olsen reveals what it was like filming for the new Marvel movie. 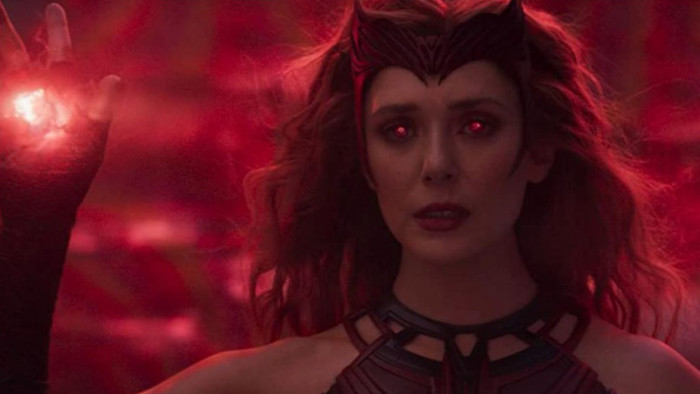 After a towering performance in WandaVision, the world is eager to see more of Elizabeth Olsen as the Scarlet Witch - but those expecting a similar performance as in the TV show will be in for a shock.

According to Olsen, there are changes afoot for the character, hints of which were seen in the concluding scenes of WandaVision.

Speaking to Variety (and picked up by CBR), the actress chatted to Jurnee Smollett about the character and what we can expect next.

Interestingly. Olsen hints at the gruelling Marvel shooting schedule, explaining that she went straight from WandaVision to Doctor Strange In The Multiverse of Madness, and that a break may have helped her with the character.

"I wrapped WandaVision on a Wednesday and flew to London on a Friday to continue playing this part [in Doctor Strange 2]," explained Olsen.

"I could have used getting out of the mindset, though, because they were totally different utilizations of the character and people would have had more time to understand WandaVision had we not just wrapped."

She reveals that because of the quick changeover, there were some things that had to be addressed.

"There’s just a lot of, 'We covered this in WandaVision…' It’s bigger than me, there’s lots of threads that are continuing on after me that I’m not aware of, and so it’s always about, 'What can I get from this journey with this character that maybe I haven’t tapped into yet with her?' That’s where I keep approaching things from, so that I feel like I have some sort of strap-hang — that I can know that there’s going to be growth of some kind, even though it all maybe looks the same to other people."

Olsen also reveals that because of Covid-19 restrictions and other events happening, a key scene in WandaVision had to be played out entirely with stand-ins - the one where Kathryn Hahn reveals her true identity in the show, with Wanda's children by her side.

"I did a weird one-woman show sans kids, sans Kathryn. Our stand-ins were such a huge part of our show and I was so grateful to have them they’re reading lines with me, and our director, Matt Shakman, was like, 'If you feel like you can’t do this, we’ll just do this tomorrow.'

"That gave an adrenaline rush to me and it just became, 'I’m just going to do it.' There’s a lot of fear when you’re like, 'Oh I don’t have the elements and I am on my own, literally.' But I’ve had to do this before and I’m just scared to do it because I feel stupid. But I already look kind of stupid - I’m shooting things out of my hands - so why don’t I just lean into it as full as possible and just do it and find it in some core, guttural space of desperation?"

Given that scene is so good in the show, we think Olsen nailed it.

Doctor Strange In The Multiverse Of Madness is set for release 23 March 2022.

Is Wanda your top Avenger? Give her a vote in the best Avengers list.