Facebook Dating wants you to be more than just friends 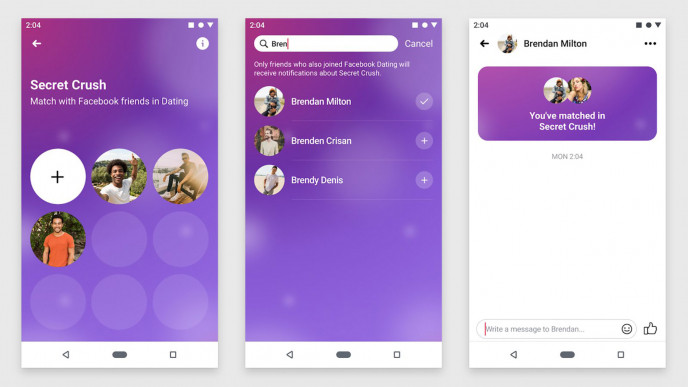 Having already proven just what a lasting and not necessarily positive effect it can have upon democracy, Facebook is looking to impact something a little closer to home: your love life.

Facebook Dating is already available in five countries, and as it rolls out to 14 more, Mark Zuckerberg has donned his (metaphorical) Cupid outfit with a feature that's either sweet or creepy, depending on how you look at it.

Secret Crush allows Facebook romantics to tag up to nine of their friends as crushes. The objects of affection will then get the equivalent of a note passed to the front of the class telling them that “someone likes them”. Like this:

Only hopefully without the same ending.

They then pick friends they’re potentially interested in, and if the two match then Facebook reveals you’re meant to be together and gets you a room. Well, a Messenger chat window anyway.

Facebook is pretty clear that if your crush doesn’t tag you back, nobody will ever know. Facebook’s algorithm will know, of course. Hopefully it’ll keep its figurative mouth shut.

If you don’t live in any of those places but your crush does, it’s time to run to the airport in classic romantic comedy style. Or y’know, just phone them like a grown up.