Every new Marvel movie and show announced so far

Marvel has outlined Phase 5 and Phase 6 of the MCU: this is what you need to know. 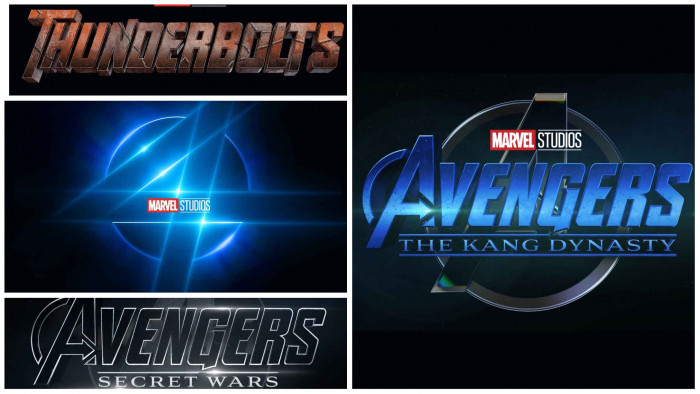 And just like that, Phase 4 of the MCU is coming to a close. Marvel revealed at San Diego Comic-Con this week that the upcoming Black Panther: Wakanda Forever movie will be the official end of Phase 4 - a Phase that's felt the most muddled part of the MCU so far.

But Marvel, and most importantly boss Kevin Feige, have mapped out the future of the MCU and it looks pretty spectacular.

In its first Comic-Con in some three years, Marvel turned up and gave everyone what they wanted... and then some.

To help you understand just what was revealed, here are all the Marvel TV shows and movies that were recently announced - as well as when we can expect them...

A new trailer for She-Hulk: Attorney At Law was revealed and offers up a better look at the show, as well as a superhero surprise in the form of Daredevil who is confirmed to be in the show.

The official synopsis of She-Hulk: Attorney At Law is as follows: "In Marvel Studios’ She-Hulk: Attorney at Law, Jennifer Walters (Tatiana Maslany)—an attorney specializing in superhuman-oriented legal cases—must navigate the complicated life of a single, 30-something who also happens to be a green 6-foot-7-inch superpowered hulk.

"As the Wakandans strive to embrace their next chapter, the heroes must band together with the help of War Dog Nakia (Lupita Nyong’o) and Everett Ross (Martin Freeman) and forge a new path for the kingdom of Wakanda. Introducing Tenoch Huerta as Namor, king of a hidden undersea nation, the film also stars Dominique Thorne, Michaela Coel, Mabel Cadena and Alex Livanalli."

Ant Man's next movie was always going to be an important one as it was previously revealed that we will see more of Kang, who is the next big bad of the MCU. Marvel showed off the trailer for this movie at SDCC. Unfortunately, the trailer hasn't been released online as of yet.

Plot-wise, this is what Ant Man & The Wasp: Quantumania is about: "Phase 5 kicks off in 2023 with Ant-Man and the Wasp: Quantumania. Super Hero partners Scott Lang (Paul Rudd) and Hope Van Dyne (Evangeline Lilly) return to continue their adventures as Ant-Man and The Wasp. Together, with Hope’s parents Hank Pym (Michael Douglas) and Janet Van Dyne (Michelle Pfeiffer), the family finds themselves exploring the Quantum Realm, interacting with strange new creatures, and embarking on an adventure that will push them beyond the limits of what they thought was possible."

A trailer of Secret Invasion was revealed at Comic-Con - but not yet released online - and the tone for the show is said to be dark and gritty.

Both Samuel L Jackson and Ben Mendelsohn will be reprising their Marvel roles and will be joined by Kingsley Ben-Adir, Emilia Clarke, and Olivia Colman in the show.

Guardians Of The Galaxy Volume 3

Some footage of Guardians Of The Galaxy Volume 3 was unveiled at Comic-Con and we are going to get a movie that focuses on the backstory of Rocket, which means that the movie will feature a whole series of flashbacks and Baby Rocket!

James Gunn took to the stage and said this about the new adventure: "This is the final arc that we began at the very beginning of Guardians of the Galaxy, with Peter Quill, with Rocket, seeing where Nebula goes, and even Kraglin, who started out as saying one or two lines in the first movie and is now a main Guardian of the Galaxy."

He continued: "When I first started doing Guardians of the Galaxy, I was like, I don't know, it sounds a little goofy. I thought it was going to be Bugs Bunny joins the Avengers.

"But then I thought if there is a talking raccoon, how is he real? Where does he come from? I realized he was the saddest creature in the universe, and that's what this story is about, to a great extent."

Nothing new was revealed about Echo, except that we will definitely see the show in Summer 2023. The Hawkeyes spin-off's synopsis is as follows: "Echo revisits Maya Lopez, whose ruthless behavior in New York City catches up with her in her hometown. She must face her past, reconnect with her Native American roots and embrace the meaning of family and community if she ever hopes to move forward."

One of the biggest reveals at SDCC was that Daredevil is getting a brand-new Disney Plus series. Called Daredevil: Born Again, it will be a whopping 18 episodes and both Charlie Cox and Vincent D'Onofrio reprising their roles as Matt Murdock (Daredevil) and Wilson Fisk (Kingpin).

Another huge reveal at SDCC this year was the arrival of a brand-new Captain America movie. Officially the fourth in the series, the movie will follow Sam Wilson as the new Captain America and will be written by Falcon and the Winter Soldier's Malcolm Spellman and directed by Julius Onah (The Cloverfield Paradox).

This is another new reveal and an interesting choice as the movie that will officially end Phase 5. In the comics Thunderbolts are antiheroes that are a little like The Suicide Squad. There have been hints in Phase 4 about the shadier heroes and villains of the being recruited for something big. We saw this with Valentina Allegra de Fontaine (Julia Louis-Dreyfus) popping up on a few occasions trying to build her own team of super-folk. This does mean that maybe by the end of Phase 5 The Avengers have been disbanded... which brings us on to Phase 6.

Even though Fantastic Four lost its director (Spider-Man's Jon Watts decided to leave the superhero genre for a while), the movie is still going ahead and will be the first to kick off Phase 6 of the MCU. No casting or director was announced at SDCC.

By far the biggest reveals by Marvel at SDCC were that were are getting not one but two new Avengers movies and they will be released just months apart. An Avengers movie is suspiciously missing from Phase 5 so it's good to see two on the list for Phase 6.

The first, Kang Dynasty will focus on big bad Kang (Jonathan Majors). We see a variation of the character in Loki and he is set for Ant-Man 3, so we think that we will see the villain peppered throughout the upcoming movies and shows, much like Thanos was in the build-up to Infinity War and End Game.

Avengers: Secret Wars takes its name from the 12-issue comic-book arc which is seen of one of the biggest comic book events of all time, with Kang and Doctor Doom the main villains.