Full reviews are in for Marvel's epic superhero movie. 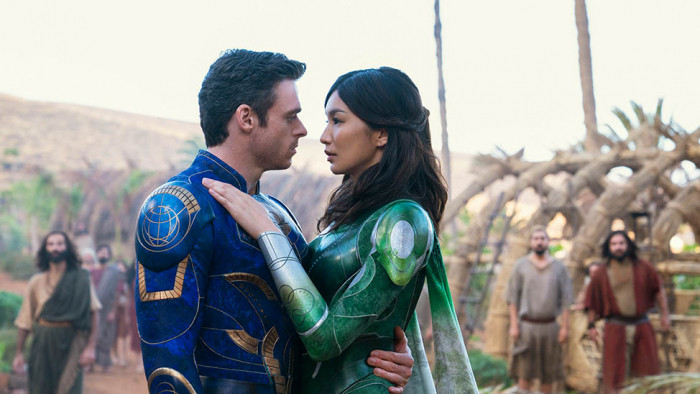 Eternals has been one of the most mysterious Marvel films yet. The promos have given away little about plot, hinting that what's being shown is only a small part of the movie. Couple this with the Marvel movie looking unlike any other in the long and winding franchise (which is definitely not a bad thing) and what you have have is one of the tougher sells for fans.

The good new is that this is Marvel is a company that has managed to introduce new characters that have become fan favourites in minutes, mining from years of comic-book lore.

So, what of Eternals, the latest Marvel movie? Directed by Oscar-winner Chloé Zhao, the film's initial reactions from its premiere were strong, with some calling it the best-looking Marvel yet.

Away from the glitz and glamour of the premiere, though and the mood is a lot more muted. Rotten Tomatoes currently has the film at an 'okay' 71%, with reactions to the movie being, well, divisive.

Here's our pick of what the critics are saying:

Variety: "The effects are beautiful, the interplay humane, but at heart it's a standard team superhero movie."

The Hollywood Reporter: "The script finds humor and poignancy in the challenges of a group of soldiers forced to find their purpose in a mortal world that for the longest time has not required their special skills."

The Guardian: "It’s not exactly boring – there’s always something new to behold – but nor it is particularly exciting, and it lacks the breezy wit of Marvel’s best movies."

Empire: "Director Chloé Zhao’s entry into the superhero world is assured, ambitious and told on a dizzyingly cosmic scale — but even it can’t escape the clichés of superhero storytelling."

Total Film: "Chloé Zhao gives the MCU just the kick in the pants it needs at this phase in its evolution."

Thrillist: "Marvel has gotten the reputation for hiring fantastic filmmakers and flattening their styles, and while Eternals certainly doesn't play like anything else Zhao has done, it also doesn't mute her vision."

LA Times: "Eternals isn’t entirely Marvel business as usual. That’s hardly the worst news for those of us who bring a reflexive skepticism to each of this franchise’s offerings."

The BBC: "Eternals may not be the worst of Marvel's movies, but it's undoubtedly the most disappointing."

CNN: "Eternals certainly doesn't lack for ambition, but for now, Marvel - emboldened by its success - has reached for the stars without quite getting there."

A mixed bag, then.

Eternals is out on the big screen 5 November.