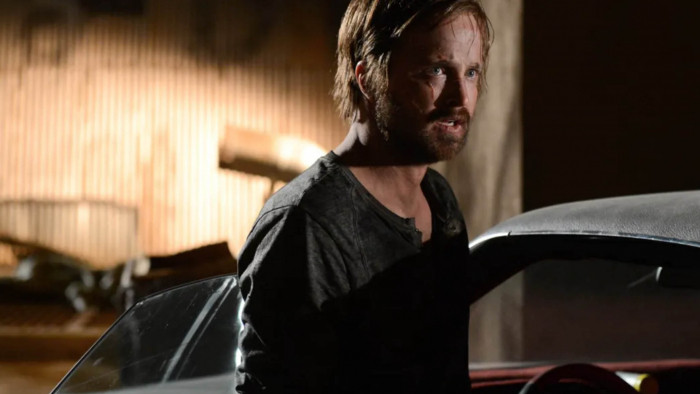 El Camino has arrived on Netflix - the new Breaking Bad movie was only officially announced back at the end of August, but now it's here and ready to stream.

Starring Aaron Paul, El Camino starts straight after the events of the TV show. The trailers haven't given too much away, but it's pretty clear that Jesse (Paul) is on the run, the police are after him and some key characters, including fan favourite Skinny Pete, are being interrogated about his whereabouts.

Shot in between the series of that other Breaking Bad spin-off (the faultless Better Call Saul), the movie has been written and directed by creator Vince Gilligan.

Speaking about the role to AP, Paul said that there was more story to tell. “He’s a different person Jesse has gone through torture and chaos.

"He’s a combination of all those things that happened to him in the past. He’s escaping from captivity. He’s been there for half a year.

"He’s been tortured and forced to cook a drug that has completely destroyed his life and destroyed the lives around him. He lost the love of his life... When we last saw him, he was screaming in sort of a relief and also agony. He’s laughing and crying all at once.”

And how did they film El Camino in secret? Paul revealed that it was easy for him to keep it quiet. “It was so easy for me,” he said to the Standard. “I love surprising people, I love lying to people. People ask me what I’m doing, I’m like ‘I’m just doing this small little passion project’.”

The big question remains: is Walter White in El Camino? Well, we aren't going to spoil that for you - so head over to Netflix now and watch what will hopefully become one of the best movies on Netflix.