Improved gameplay and some nice touches make PES 2020 one to consider. 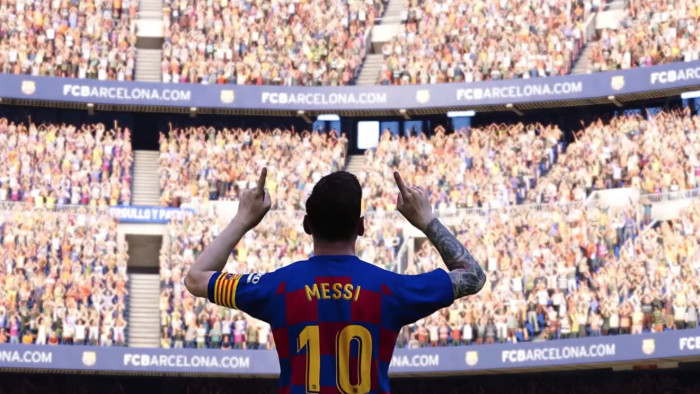 Football games, eh? Bloody hell. Every year they come out with an update that tempts you to upgrade - a tweak here and there that may not seem much to the casual gamer but for those obsessed, these changes - for good or bad - are everything.

eFootball PES 2020 is here, available now for all, and we’ve spent some time with the offline version of the game that may well tempt many away from the might of FIFA.

Here’s 10 things you need to know:

The first major change is the name of the game. It’s now called eFootball PES 2020. This is a decent branding move by makers Konami as it aligns it more with the world of eSports. And, boy, did PES need some sort of reinvention, given it lost the rights to putting Champions League content into the game. The good news is, while that league won’t be available, a massive deal was signed so that an update will be coming that will bring the Euro 2020 championships into the game.

Konami has decided to change things up this year with a new default view for eFootball PES 2020. It’s called Stadium view and it's fantastic, offering a view akin to watching footie on the telly. The view doesn’t impede in the gameplay but seems to enhance it, while also showcasing some of the great stadiums (Man Utd’s Old Trafford and Bayern Munich’s Allianz Arena are new this year) that have been recreated for the game.

Another improvement in the game is the one-touch, passing and shooting controls. It’s now all about the physics, which means that that you have to be wary of your player’s positioning and the like as there’s definitely a more metered approach to how you play the ball, which is a far cry from just hoofing the thing and hoping for the best. Which brings us on to…

It took us a few games to even score a goal in eFootball PES 2020. Some of this was getting to grips with the game, some of it was us being a bit rusty when it came to PES, but a lot of it is to do is with the enhanced controls. The good thing is that this isn’t frustrating, more liberating when you do finally get the goal.

Fouling in PES has always been fun, and now it is a lot easier thanks to new slide tackling animations and the like. It’s definitely not hard to foul so you have to be careful and considered when trying to tackle a player - one slip and the cards soon come out.

It used to be that FIFA was the one that would always have the official kits and licenses and PES had to be, well, creative in its thinking. But there is a bit of a sea change with eFootball PES 2020. For a start, it’s nabbed one of the biggest clubs in the world, so Ronaldo plays for Juventus here and not Piemonte Calcio, as he will be in FIFA - and, yes, when you score you get to hear Chelsea Dagger (not sure if that’s a good thing). PES also has licenses for FC Barcelona, Bayern Munich, Arsenal and Manchester United.

Although not new, PES’ managerial mode has had a big makeover and now comes packing a better storyline, which means that if you aren’t doing well off the pitch then this is shown on the pitch. A new transfer system also improves things and the addition of detailed cut scenes is something that really adds to this portion of the game.

You can now miss-kick in PES which sounds like a minor addition to the game but it really isn’t. Given you can miss-kick, it means that you take a bit more time with the ball than before and it makes you really think about what your next step will be. It stops the game from just being an endless 'route one' affair and that is very much a good thing.

One but that didn’t impress us as much was the commentary in the game. While hackneyed phrasing is something we have all grown up with watching football on the TV, there’s too much of it here and there does seem to be a lot of repetition. It’s not enough to take you out of the game but it is enough to notice it.

Matchday is a mode we haven’t tried yet (we were all about the offline) but it lets players choose their team and will actually synch up to what’s happening in the real world with the team, when it comes to schedules and the like. Yes, it’s aping FIFA's Match Day Live but the ability to win points, thanks to what’s happening in the real world, and linking up with the PES 2020 online community is a nice idea.

eFootball PES 2020 is out now for PlayStation 4, Xbox One and PC.