As if you weren't already excited... 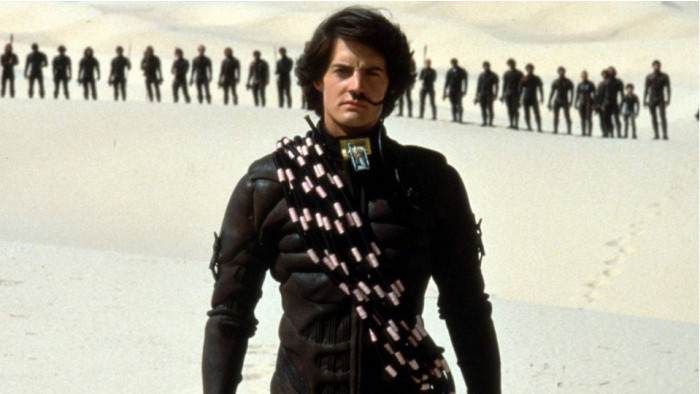 There's been much hype around the remake of classic fantasy film Dune – and now we have some reactions to the first bits of footage.

And it's shaping up to be one of the biggest films of the year, if they're anything to go by.

According to a Dune fan account, the cast "looks phenomenal in their costumes", the set has the same large scope as films like Arrival, and the cinematography gives the film a "mix of gritty realism and dreamlike imagery".

So far, so encouraging.

There’s been some promo footage of Denis Villeneuve's DUNE shown to people already. Here’s a BUNCH of details on what they’ve saw:

According to CosmicBookNews, sci-fi author Brian Clement who has seen the trailer reckons: "As a follow-up re my opinion on new Dune based only on the footage I saw (since people are curious), I think this will blow people away the way LOTR did 20 years ago, the way Star Wars did 40 years ago. It’s not Jodorowsky or Lynch, but maybe Villeneuve has filmed the unfilmable."

Directed by Denis Villeneuve, the film is an adaptation of the classic Frank Herbert book. It's been adapted once before, in a now cult classic starring Kyle Maclachlan.

This version has a similarly good cast – Timothée Chalamet, Oscar Isaac, Josh Brolin, Stellan Skarsgård, Dave Bautista and Zendaya are just a few of those starring in the film.

At an event this week to drum up even more hype about the movie, the title was released and it looks, well, beautiful but you will have to take our word for it. The reason for that is: It was picked up by Dune News on Twitter but it seems that the Tweet has been taken down due to copyright issues. We're guessing that's because what it showed was the real title.

The Dune release date is December 2020, with full trailers for the film are likely to drop soon – we'll keep you in the loop.