If you watch one movie a month, this is what you should be watching. 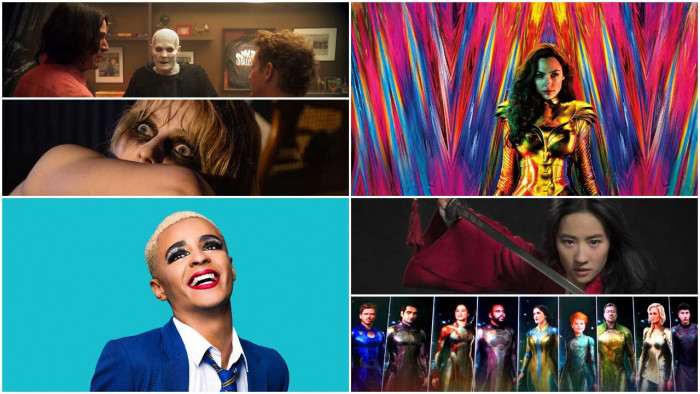 It’s a new year, it’s a new decade, which means new movies to enjoy - as this 2020 movie preview reveals!

Yep, 2020 is certainly not skimping on the blockbuster titles with each month jam-packed with exciting films that we just cannot wait to laugh, cry, cheer and jump at.

From Marvel introductions to horror returns, there’s really something for every film fan and so here at ShortList, we thought we’d remind you about a few key releases over the next 12 months to mark in your calendars.

Blake Lively takes the lead in Reed Morano’s violent thriller about a woman who goes on a mission of revenge after discovering that the plane crash that killed her family was not an accident. Jude Law, Sterling K. Brown, Danie Mays and Jade Anouka co-star.

Niki Caro’s live-action remake of the classic Disney animation looks epic. Forgoing the musical element of the original, this movie will be heavy on the action as we watch our titular Chinese heroine (Yifei Liu) take her ailing father’s place as a soldier in the Han dynasty’s army, in order to fight the invading Hun. Donnie Yen, Jet Li and Li Gong co-star.

April: No Time To Die

Scarlett Johansson returns in this prequel to Avengers: Infinity War which follows Natasha when she’s keeping a low profile after the events of Civil War. She heads back to the infamous Budapest and reunites with her former “family” to face a new threat from the mysterious Taskmaster. Cate Shortland directs with Florence Pugh, Rachel Weisz and David Harbour co-starring.

Patty Jenkins '80s-set sequel sees Diana face-off against Kristen Wiig's Cheetah and corrupt businessman Max Lord (Pedro Pascal) but luckily her formerly dead boyfriend Steve Trevor is back to help her. Expect to be this movie to be bigger, brasher and have a banging soundtrack to bop along to.

Christopher Nolan returns with an intriguing story of time travel and evolution against a backdrop of international espionage. There’s not much information on the film but with a cast that includes John David Washington, Robert Pattinson, Elizabeth Debicki, Kenneth Branagh, Aaron Taylor-Johnson, Michael Caine, Clémence Poésy and Himesh Patel, it’s certainly got the chops to be a critical hit.

Alex Winters and Keanu Reeves are back as our titular time-travelling rockers who are now middle-aged dads still trying to make a hit song to launch the Wyld Stallyns to superstardom. The stakes are raised when someone from the future says one of their songs can save the world and bring harmony to the universe so they need help to do it from old friends, family and famous musicians.

Edgar Wright delivers another original tale, this time set in the British capital and following young girl Eloise (Thomasin Mackenzie), who is somehow able to return to the 1960s where she meets her idol, a dazzling wannabe singer played by Anya Taylor-Joy. However, her time travelling is not without its problems and results in horrifying consequences for Eloise.

Based on the hit West End musical (which was based the 2011 TV documentary Jamie: Drag Queen at 16), this upbeat film follows a gay teen (Max Harwood) from Sheffield with dreams of becoming a drag queen. Despite backlash from peers and family, Jamie doesn’t give up on his ambition to perform live. Richard E. Grant, Sharon Horgan, Shobna Gulati and Adeel Ahktar co-star.