Drinks giant Diageo are back with a new Jane Walker whisky

Let's hope this one's more of a success. 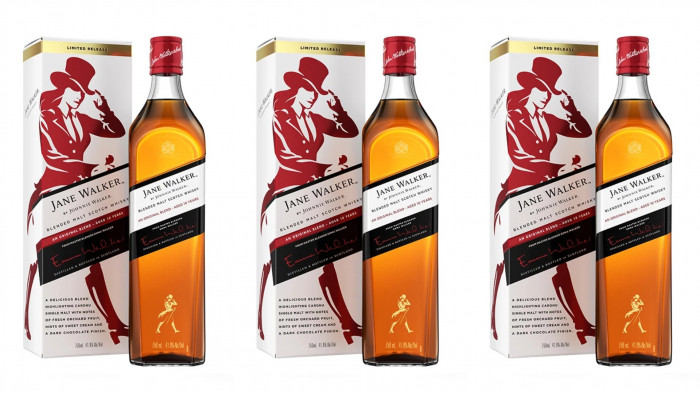 When the first Jane Walker whisky was released in 2018, it’s fair to say it went down like a lead balloon, with it being described by many as pandering and patronising (ouch).

This new bottle from Master Blender Emma Walker features the same female version of their Johnnie Walker logo - top hat and all - and is dedicated to celebrating Women’s History Month and “pioneering women and the progress they’ve achieved”.

Speaking about the new bottle, Walker said: “Jane Walker by Johnnie Walker is a celebration of the pioneering women who stretched boundaries throughout the history of Johnnie Walker, and the whisky is an excellent example of the depth of flavor and innovative blends we can create from our incredible reserves.”

The new bottle also coincides with the launch of the Craftswomen programme by Diageo, who own Johnnie Walker, created to celebrate the talents of its female blenders.

We are proud to announce our Craftswomen program, celebrating the talented, bold & pioneering women who make some of the world's most beloved spirits including two brand new limited-edition whiskies from @JohnnieWalkerUS & @BulleitUSA. More here: https://t.co/upVGkCFEQxpic.twitter.com/NX8m51CiQl
— Diageo North America (@Diageo_NA) February 27, 2020

If you prefer the sweeter flavours of bourbon, you’ll be pleased to know that there’s a new Bulleit blend available to celebrate the occasion, too.