Disney reveals more about its Star Wars themed hotel: you are going to want to stay here

Staying at the Galactic Starcruiser is a two-day immersive experience. 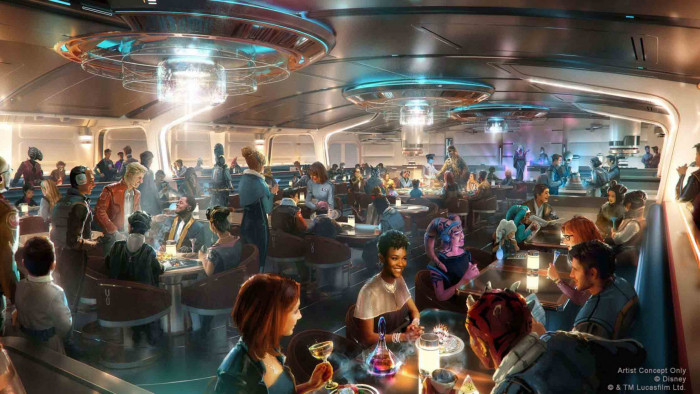 Disney has finally revealed more about its latest Star Wars-themed hotel and those who stay in it are in for a fantastic experience.

Called the Star Wars: Galactic Starcruiser, the hotel is the latest in Disney's attempts to bring the magic of its movies into real life, explaining on its website that this isn't just staying in a room but a multi-day experience.

“Star Wars: Galactic Starcruiser is a revolutionary new 2-night experience where you are the hero,” explains the official website.

Well, that sounds intriguing. Part of the immersive experience will be things like lightsaber experiences and characters from the movies hanging around the hotel, ready and waiting to talk to you. Yep, this is Secret Cinema x1000.

The two-day adventure is meant to feel like you are on a Starcruiser in space bound for the planet of Batuu, which just so happens to be where where Star Wars: Galaxy’s Edge - the Star Wars theme park in Disney Land - is. This means that you won't actually leave the property until you reach your destination.

It sounds as high concept as the come, and the price does reflect this. According to the website, it's $4,809 for two nights’ accommodations for two guests in a studio - food and (non alcoholic) drink is bundled into the price. Given that you will want to take kids to the hotel, the price goes up to $5,299 if you add a child.

If you want to spend more, then you could also opt for a higher-priced suite.

To get you in the mood, Disney has released a teaser which... well, does just that - there's no glimpse of the hotel but it does look exciting.

The Star Wars Galactic Starcruiser hotel experience will blast off in 2022.