Disney Plus' Star Wars Day plans revealed: May the 4th be with you! 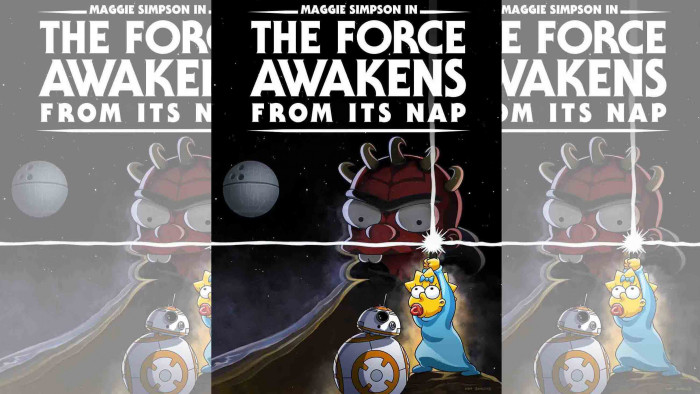 May the 4th is Star Wars Day and Disney Plus isn't going to let the day go without celebrating all things Star Wars.

The streaming giant has a whole host of goodies waiting for you this May 4th (and beyond) with the biggest of them all being the arrival of a brand-new Star Wars show.

The Bad Batch is streaming on Disney Plus from May 4th (8am BST) and is about "elite and experimental clones of the Bad Batch, as they find their way in a rapidly changing galaxy in the immediate aftermath of the Clone War. Members of Bad Batch each possess a singular exceptional skill which makes them extraordinarily effective soldiers and a formidable crew. In the post-Clone War era, they will take on daring mercenary missions as they struggle to stay afloat and find new purpose."

Other Star Wars exclusives include a new Star Wars-themed Simpsons (streaming 12am BST). Maggie Simpson in The Force Awakens From Its Nap sees Maggie hunt for he lost dummy and find herself in Star Wars lore. Disney has said that it will release similar Simpsons shorts that will feature some of its iconic brands.

Two new 'virtual' experiences have also been created. Star Wars Biomes is a "virtual vacation to some of the Star Wars films’ most iconic and beloved locations like Hoth, Tatooine, and Sorgan." While 'Star Wars Vehicle Flythroughs' allow you to get up close and personal with the Millennium Falcon and an Imperial Star Destroyer.

And if you still want more Star Wars, then the entire Skywalker Saga is streaming on Disney Plus, alongside a whole bunch of other Star Wars shows and the like. Disney has even spruced these up with exclusive artwork that will be on the platform until May 9th.