Deadpool arrives in the MCU in the most unexpected way

And Korg is along for the ride. 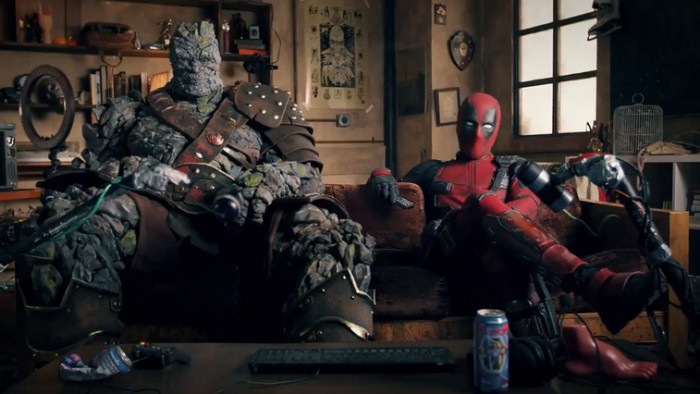 Well, this is unexpected. Deadpool has finally arrived in the MCU, making his first cameo in what is sure to be many more.

The character, created by Rob Liefeld and first seen in New Mutants, is a fan favorite and we were lucky enough to see the 'merc with a mouth' in two decent Fox films. When Disney took over Fox, though, there was a question mark over Deadpool, given he's a NSFW character that wouldn't really sit well with Disney's family friendly face.

It was confirmed, that Deadpool would indeed be part of the MCU and wouldn't be (too) sanitised, either. And now we have had our first glimpse... kind of.

In a massive surprise, Deadpool has turned up in a promo for the new Ryan Reynolds movie, Free Guy, where he has filmed a reaction video... with none other than Korg, the standout 'rock' star of Thor: Ragnarok.

"This is Korg who was not my first choice," says Deadpool in the videos: "But apparently everyone else was too busy over on Disney Plus."

If you include Deadpool’s cocaine rider, this is the most expensive reaction video ever made. pic.twitter.com/XvhIQMtBfS
— Ryan Reynolds (@VancityReynolds) July 13, 2021

As for the character getting into the MCU proper, Korg gives Deadpool some sage advice: "Have a dream... chase it. Lose that dream. Just sabotage all sorts of happiness in the pursuit of that dream.

"Climb up to the peaks of that mountain and when you get to the top, land at the bottom and realise you're never gonna achieve that dream, and at that point, check your emails. Maybe you'll get something from your agent saying, 'Marvel wants to talk.'"

It's probably going to be a while before we see Deadpool in a Marvel movie, but if he keeps cropping up like this then it's certainly one way to keep his fan base happy.

As for Free Guy, the movie Deadpool is reacting to - that's out on the big screen 13 August and also stars Killing Eve's Jodie Comer, Stranger Things' Joe Keery and - of course - Taika Waititi.