Creepy Netflix thriller You is back with a brand new cast

Time to be weirdly charmed by a serial killer again! 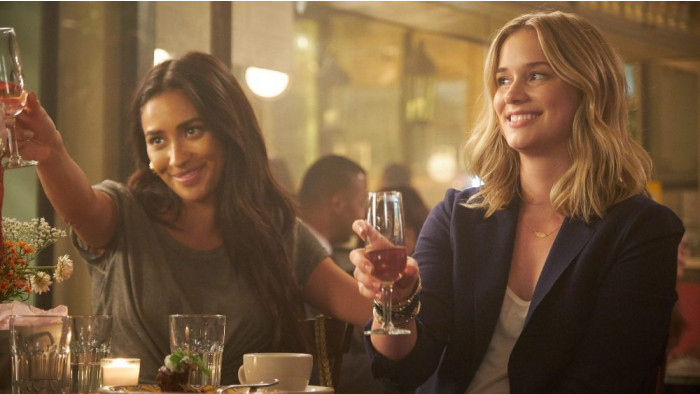 Except that isn’t quite what happens. Joe, the aforementioned hunky bookseller, wasn’t quite what he seemed. In fact, it turned out, he was a sociopathic stalker and serial killer, hell bent on getting the girl and stopping at nothing – nothing – to achieve his goal.

And while we don’t want to ruin anything, series one of the show ended pretty dramatically, leaving us all wondering what was next for Joe and Becks.

Well, now we have a bit more info – including details on who’ll be joining the cast.

He’ll also be joined by The Haunting of Hill House star Victoria Pedretti, who’ll be playing the ridiculously named Love Quinn, an aspiring chef who works in a fancy grocery store.

“Like her name, she’s very warm and there is a carefree aspect to her spirit that really comes from the fact that she has constructed a life for herself that’s about being in the moment and doing what she loves every day,” showrunner Sera Gamble told Entertainment Weekly.

“In that way, she’s very very different than the woman that you got to know in season one, Beck, who was ambitious and driven as a writer and also as a young person in a social circle that had a certain kind of status. Beck had been quite aware of her social media presence, and Love is extremely disinterested in all of that.”

Comedian Chris D’Elia will also star as a struggling comedian and James Scully, who starred in the Heathers reboot, will play Love’s brother.

As for the fate of Love, we’re not sure – but Twitter user Ellie Reed summed it up pretty succinctly:

We couldn’t have said it better ourselves – watch out, Love, because things could be about to get veeeery messy…