A load of excellent comedians are recording a 26.2-hour live show for the London Marathon

It's all for a very good cause 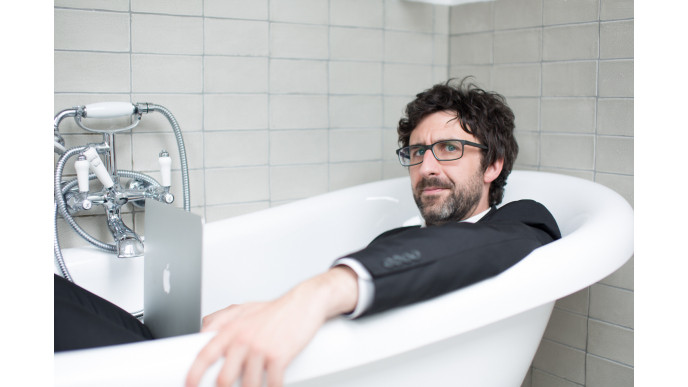 If you’ve ever run a marathon then you’ll know the hours upon hours of physical effort are matched only by the boredom that comes with finding hours’ worth of music or podcasts to listen to while you’re out on the course.

However, four or five hours on the roads of London doesn’t sound as challenging as 26 hours in a studio, without sleep, putting together a live comedy show.

That’s what comedian Mark Watson is doing, in a move which even Watson himself has called “pretty ambitious”.

"What I’m essentially doing is polishing a turd": comedian Romesh Ranganathan opens up about rap battles and self-belief

“Everyone knows I’m an ambitious guy, and by that I mean: stupid,” said Watson, who is recording the live show in February to promote a new podcast with Audible called, appropriately, Mark Watson’s Comedy Marathon.

Money raised by ticket sales is going to Dementia Revolution, one of the official charities of the 2019 London Marathon, and Watson will be joined at various points in the recording, taking place at the Pleasance in Islington, by some more very recognisable UK-based comedians.

Rufus Hound, Sara Pascoe and Angela Barnes are all expected to be in attendance, with more names announced nearer the time.

Watson himself ran the Berlin Marathon in 2018, an achievement which he said he “always wanted to do and convinced myself I couldn’t”.

In order to ensure there’s a bit of variety throughout the recording, Watson has called on those in attendance to complete their own personal challenge..

According to the comedian’s blog, he’s welcoming applications for said challenges, writing: “the funnier or weirder the better, but genuine efforts at bucket-list-item-achievement are also more than welcome.”

Tickets for the 26.2-hour event, to begin on 27 February, are priced at £26.20 (geddit) and will guarantee you a spot for the entire day-and-a-bit if you fancy sticking around for the whole thing.