Smartphones and mirror-less offerings have made quite the dent in the DSLR market in recent years. Despite our seemingly insatiable desire for compact image capturing, the best DSLR camera remains the choice for first-time users and working professionals alike.

With handling and physical control a strong focus, features like 4K video recording now common and an abundance of compatible lenses, it’s easy to see why their appeal hasn’t wavered.

UPDATE: Despite new mirror-less models like the Panasonic Lumix S1 and Sony Alpha A7R III giving their single-mirror siblings a run for their money, the DSLR fan club continues to grow. We've added the powerful Canon EOS 90D to our list, complete with an upgraded image sensor - ideal for low-light image capturing. As for Nikon, the D5's replacement has finally been announced after months of speculation. Although not much is known about the new D6 model yet, the new addition is currently being field tested and is set to be released in 2020.

So which is the best DSLR camera right now? That all depends one your budget and your intentions. And while there are plenty of newer models with the same kind of tech as mirror-less rivals, for many it makes more sense to go for something a little bit older and put the money saved towards a nice lens to go alongside.

From shiny new arrivals that stack up strongly against their mirrorless counterparts through to a couple of old-timers that have now crashed to bargain prices, here are the best DSLRs right now.

Upvote the DSLR you'd buy, and add any contenders you think deserve a place in this round-up below.

Once you've read this then our best instant camera and best compact camera guides are a must. 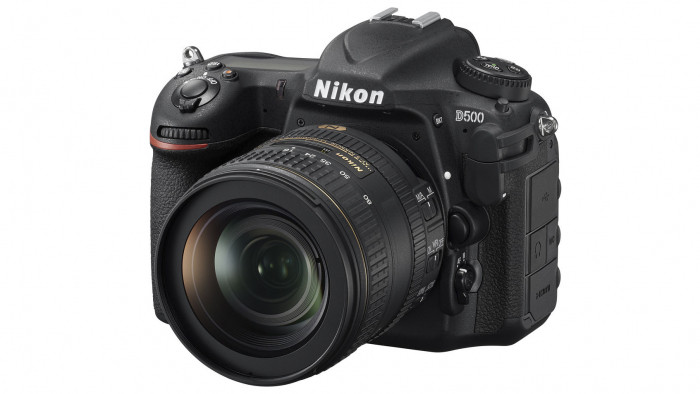 This is as good as it gets for Nikon’s APS-C line of DSLRs before you get to its full-frame selection. In fact, it’s pricier than some of those cameras, thanks to the advanced tech inside. Crucially, this 20.7MP model inherits key features from the flagship D5 model, including the same 153-point autofocus system, 4K video, weather-sealing and super-speedy 10fps burst shooting. 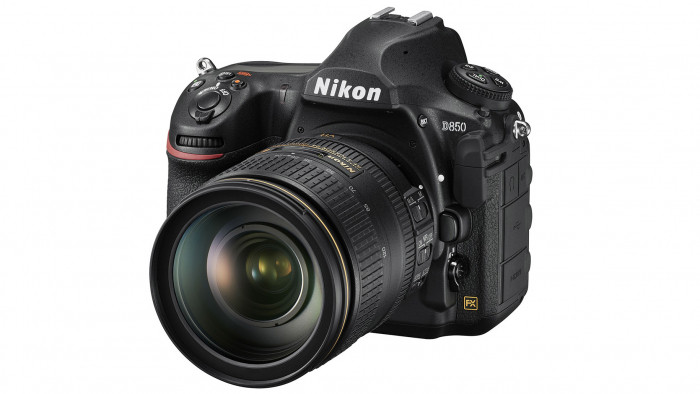 It’s not cheap but for good reason. With a superb 45MP full-frame sensor sitting at its heart, and the option to shoot 4K videos and images at 7fps, all inside a weather-resistant magnesium alloy body, the Nikon D850 is a camera that aims to cater for every photographer’s needs and succeeds in doing just that. 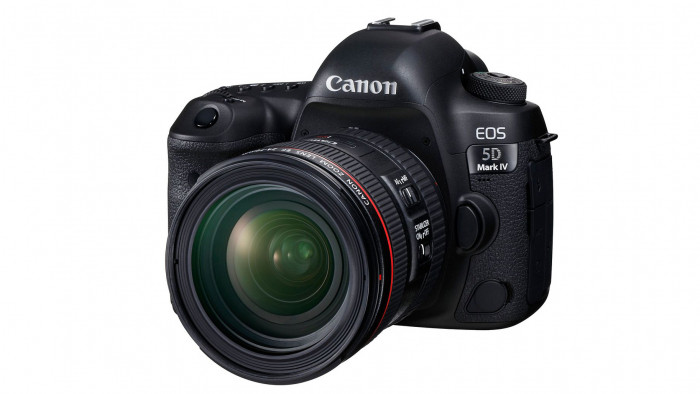 Still the Canon DSLR of choice for the pro photographer or the enthusiast with a little more cash to play with, the EOS 5D Mark IV captures great images and 4K videos from its 30.4MP full-frame sensor. Supporting this is Canon’s highly respected Dual Pixel CMOS AF for fluid focusing, and a cracking 1.62million-dot touchscreen. 7fps burst shooting and built-in Wi-Fi are present, all wrapped up in a hardy, weather-sealed body. 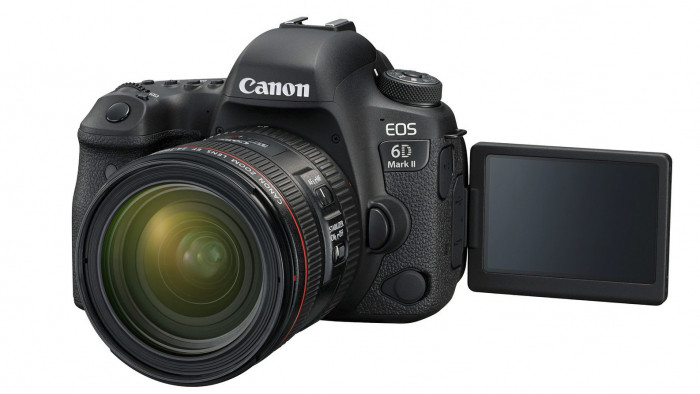 Canon’s EOS 5D Mark IV may be the first place pros turn in the Canon’s DSLR lineup, but the EOS 6D Mark II is a far more affordable alternative that holds a handful of advantages, such as a flip-out LCD screen and a stronger battery life. Its dazzling set of specs goes on to include a 26MP full-frame sensor, a super-sensitive 45-point AF system, a huge-top-plate LCD and weather-sealing all around the body. 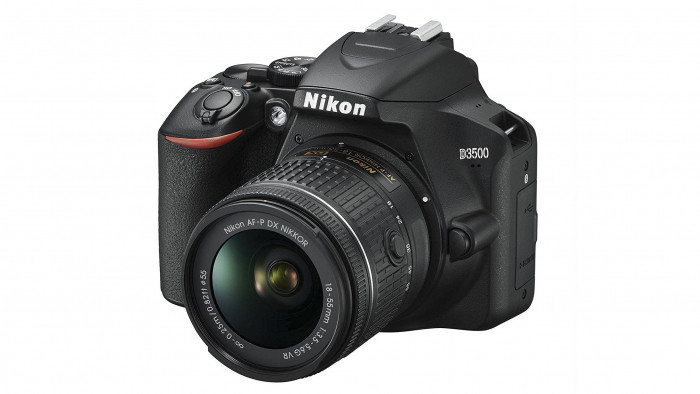 Nikon’s latest DSLR for the novice user is the small and super-light D3500. It has a body similar to its upper-entry-level cousins and a tried-and-tested 24MP APS-C sensor, together with a Guide Mode to help newbies get to grips with DSLR shooting. That you can use it with decades’ worth of exquisite lenses from Nikon and many third parties gives you huge flexibility from the off too. 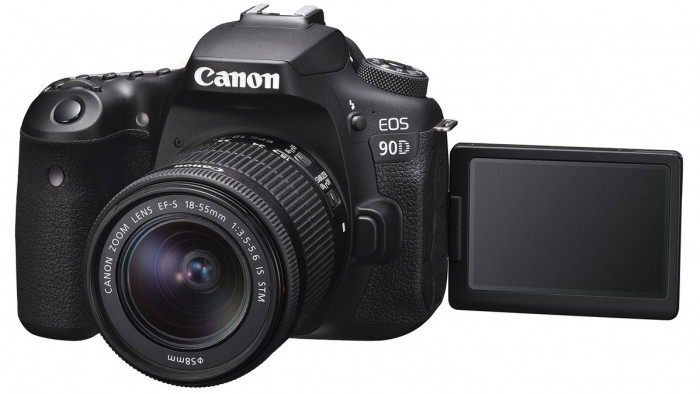 A great option for those looking to venture into the DSLR world, the latest 32.5MP release from Canon really can hold its own in a tightly packed field. With a more advanced sensor than its Canon EOS 80D sibling, the 90D model offers a wide ISO range of 100-25,600, a full-articulating vari-angle display (a fancy way of saying a screen that swivels), plus a host of other upgrades. 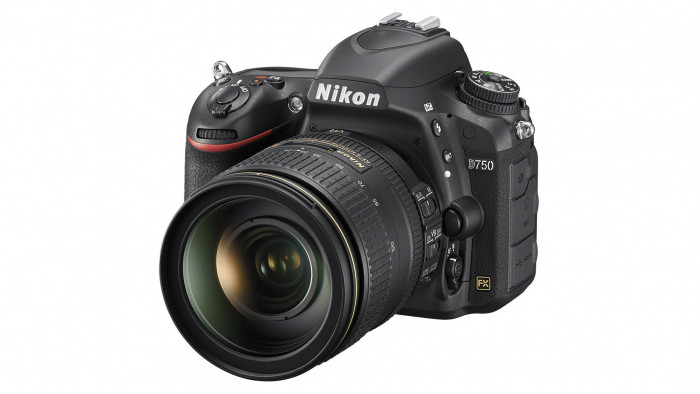 Still one of the cheapest ways to enter the full-frame party, the D750 is a slightly older model on the list with a few mod cons missing, but don’t that put you off. The 24MP sensor is excellent and the focusing system works brilliantly in good light and bad, while the body manages to be light and compact while still having excellent build quality. 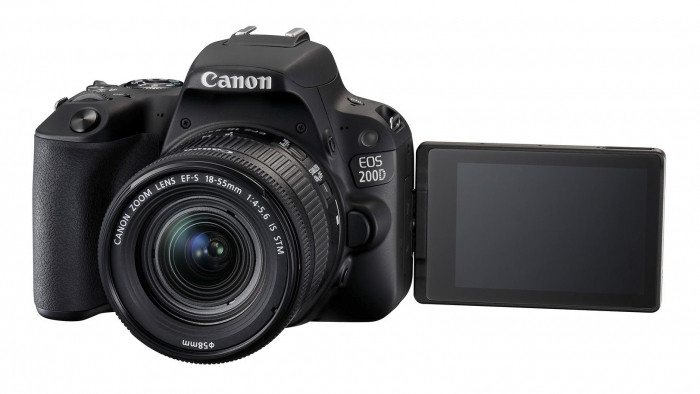 If you’re just cutting your teeth and need an affordable way to crack your way into DSLR shooting, the EOS 200D is it. It’s more advanced than Canon’s newer EOS 2000D and EOS 4000D models, which means you get an excellent flip-out touchscreen, nippy focusing when using live view or when shooting videos, and 5fps burst shooting, on top of all the wireless connectivity options you could ask for. 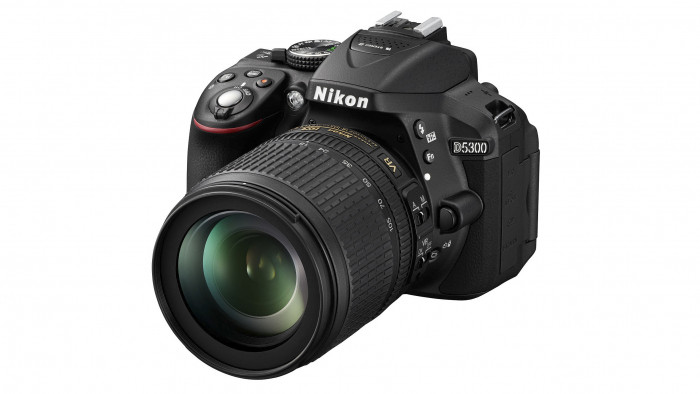 A little older than many of Nikon’s other four-digit models, but the 24MP Nikon D5300 is definitely one to consider as you won’t find some of these features inside other entry-level DSLRs at the same price. These include a 39-point AF system, a 3.2in LCD screen that flips out and even GPS shoehorned into the body. Excellent handling, plenty of physical control and a polished in-camera raw processing feature make it all the more appealing. 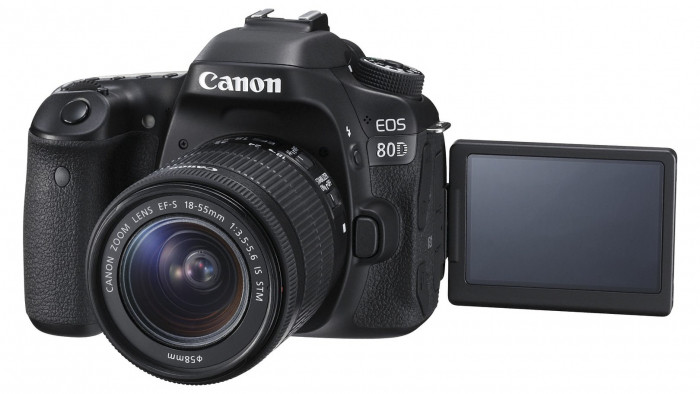 Great as a step-up from a beginner-oriented model, but equally suitable if you want your first DSLR with a little more growing space than usual, the 24MP EOS 80D builds on its more junior siblings in all kinds of useful ways. You get a tougher, weather-resistant body, together with a more advanced autofocus system, a useful top-plate LCD and a whole lot more.