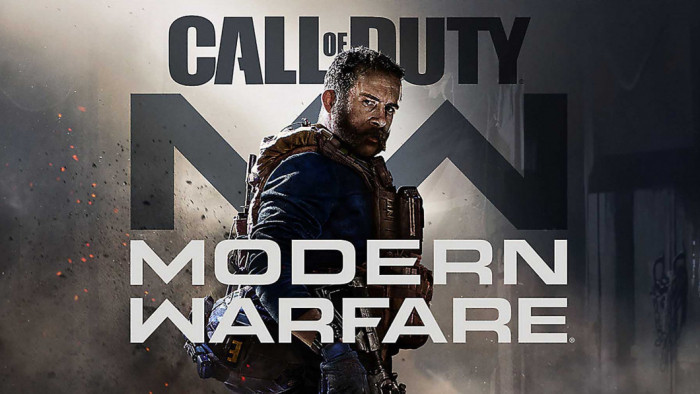 The next big American war story to delve into the shades of grey and moral conflict of war, is coming from a place you might not expect: not a shelf-busting work of literature, or big-budget World War 2-set Oscar-contender – but from a different work of art: the new Call of Duty: Modern Warfare looks like no COD you’ve seen before.

The new game, a soft relaunch of the hugely successful original Modern Warfare first person shooter series, has aspirations of telling the next iconic war story.
The game is routed in an in-depth narrative, complete with a campaign fully-acted by established Hollywood actors, multiple viewpoints from characters with contrasting ideologies and depictions of the murky, grey areas of modern war, the latest instalment appears to have more in common with ‘Saving Private Ryan’ than ‘Fortnite’. Fighting not just on the battlefield, but in mundane residential areas of the world’s biggest cities, this is a truly modern war story.
The story for Call of Duty: Modern Warfare may surprise fans in its complexities and emotion – but it adds up to something great, Taylor Kurosaki, narrative director of the game, tells Shortlist, “My mission was to bring the depth of storytelling to ‘Call of Duty’, the likes of which we hadn't seen up to that point.”
Citing tonal inspiration from ‘Sicario’, ‘Apocalypse Now’ and ‘Bridge Over The River Kwai’, Kurosaki explains, “‘Call of Duty’ has always been an incredibly fun and engaging game to play. It just feels good, it’s an unmatched feel. And I always thought, there's no reason why ‘Call of Duty’ can't excel in these other ways, as well. It becomes a greater whole than the sum of its parts.”
The rich storytelling – often overlooked in war-set video games - is completely necessary to the genre, he explains: “Frankly, if you look at some of the films that we were inspired by, you'd be hard pressed to find dramatic films that take place in this genre that are, two dimensional. War is serious business. It's always talking about these grey areas. It would be kind of tone deaf, to try to make a story that was too cut and dry, too black and white.”
Here are the influences that have led to, perhaps, one of the all-time great war stories…
Call of Duty: Modern Warfare is out now for PS4, Xbox One and PC.
28% off

Call of Duty: Modern Warfare (PS4 bundle)
£49.99 (was £69.98)
With this PS4 bundle, you not only get the highly-anticipated Call of Duty: Modern Warfare but also a 3-month subscription to PlayStation Plus. The subscription will get you two free games a month, new multiplayer gaming elements and exclusive discounts - all for the same price as the game. Usually £69.98 (when sold separately), the PS4 bundle is now only £49.99 - saving you £19.99.
Buy now at Curry's PC World

“’Sicario’ is a film that we looked at very closely in the studio, and it has a story that's similar to the one in Modern Warfare, where there are no good guys and no bad guys; it's all about degrees of the grey in the middle. The film leaves you with a lot of things unresolved, which feels realistic. These conflicts that we are all talking about, they can't just be fixed by one battle or one victory. You can make some headway in the bigger war, but oftentimes, the war remains. And so, for us, the world that our characters leave at the end of the campaign is better than the war that they started in. But it's not a fairy tale where everyone goes home happily ever after.”

“A second big inspiration was the first Modern Warfare game, ‘Call of Duty 4: Modern Warfare’. It set the template that we're following. That game did so many things right, it varied the perspectives. And it had this approach of dual protagonists, where the player would be with this protagonist in this particular mission, and then to another one, and then back and forth, and you ping pong, back and forth across these two narratives. And that's the inspiration for the structure of our game. We’re not trying to copy any of the old games, but we certainly want to tip our cap to the games that came before us. There’s a lot of things that those games did, right, and we thought, let's keep those in the new one.”

“This influence is a macro one, but just following the news. I listened to podcasts on my way into work every day, from National Public Radio in the US, and from the New York Times. When you're working on a project that's as relevant as Modern Warfare, you almost can't escape the subject matter. In our campaign, we have an official of the government reclassifying - and I'm trying not to give spoilers away! - what one of our Allied groups is classified as: Are you an ally? Or are you an adversary? When I'm tuned into international news, it just never fails to amaze me when art imitates life, and then life then imitates art. It's a little surreal, making something that is so topical – we’ve had to have meetings about that. Like, this 'What if?' scenario that we used as a hypothetical situation, something similar to it has actually happened now, and it's already in the game. When you're making something as relevant as our story, that's bound to happen.”

“The war genre, in books, TV and film, has a really rich history. It’s not throwaway stuff. It’s real, meaningful stories, and they are stories that are not necessarily dire. They're hopeful: the reason why we fight is to make a difference. There's a book called Gates of Fire, by Steven Pressfield. It’s a depiction of the Battle of Thermopylae in ancient Greece, which the movie ‘300’ is also based on. The themes that you encounter in ‘Gates of Fire’ still resonate today, it’s really timeless stuff. What's interesting is, he not only writes about wars and conflict, but he also writes about the internal wars that we have. For me, what was really eye opening about that particular book is that these stories about soldiers and about overcoming obstacles are universal - we actually were reading ‘Gates of Fire’, when we were working on ‘Call of Duty: Infinite Warfare’ (2016). We were reading the story about ancient Greece and taking lessons from it and applying it to a conflict story that takes place in space, and in the future. It just goes to show you how universal this genre is.”

“We studied ‘Saving Private Ryan’ very closely. It’s a story about the burdens of leadership. Tom Hanks’s character is the leader of that group. He knows that his mission doesn't make any sense - he's sending in a whole group of men to rescue one man, and that the math doesn't work, whatsoever. But, the burden of his leadership is that this one man symbolises hope. So, even though the math doesn't make sense, sacrificing the many, for the needs of the one, that one means so much to the morale of the of the country of the people that he's fighting for, that it's worth sacrificing those men. Even though he doesn't want to do it, he has to carry that burden to pull off that mission. ‘Infinite Warfare’ had some of those themes as well. It’s one thing to be brave enough to be willing to risk your life. But it's another thing to be brave enough to risk the lives of others under your command. And if they if they don't make it out, but you do, living with the repercussions of having made that decision and carrying that weight; it’s heavy stuff.”

“In classic war stories, you imagine a battlefield, this trench warfare, where it's one army against an army. But that's not the definition of ‘modern warfare’. So, for the Clean House mission, set in a 1:1 scale, small London flat, it was a conscious choice to take what should be a mundane space, and turn that space into a conflict zone, and how the ordinary can suddenly become threatening.
“For that, we scanned a lot of the elements of those environments. We looked at real floor plans of townhouses, so that, because again, even if you're not from London, and you aren't familiar with that kind of flat, there's something about basing it on a real space that just intangibly makes it feel more real.
“What I really like about that mission in particular, is just walking up a flight of stairs: [in the clip we’ve shown] nothing ever happens on the stairs, it's just this pacing break from one floor to the next floor. The amount of tension that you feel just walking up a flight of stairs - I feel like you can cut that tension with a knife. Not everything has to be loud and big and bombastic to have you on the edge of your seat.”