Brilliant new stout to get you through Black Friday 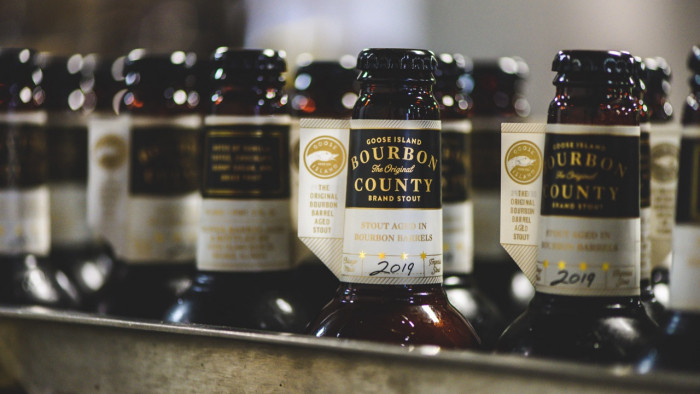 Chicago-based craft brewery, Goose Island, is once again launching its iconic Bourbon County Stout beer in the UK. But you’ll need to be savvy to get hold of some.

As per tradition, the annual limited edition beer has been released on Black Friday.

In order to get your hands on it first, fans need to head to the Goose Island brewpub in Shoreditch to buy the imperial stout, starting at 8:30am.

As a bonus, fans can expect a Q&A session with the brewpub’s Head Brewer, Andrew Walton, a Bourbon County Stout themed breakfast and exclusive offers on merchandise.

If you don’t fancy queuing in the (likely lousy) London weather, then Bourbon County Stout is available to order from Beer Hawk at £20 per bottle (max 6 per customer), or £29.99 for a tasting kit including a glass and a collector’s edition gift box.

You can taste it ahead of the release by getting tickets (£30 each) to the Beer & Bourbon pairing evening with the British Bourbon Society on 28th November. There'll be four beers - including 2019 and 2018 variants - matched with four bourbons, followed by some deep dish pizza.

The imperial stout, as the name suggests, has been aged in ex-bourbon barrels. This time around, it's a combination of a 4+ year old Heaven Hill, Buffalo Trace and Wild Turkey barrels.

You can expect an intense, thick and rich beer with flavours of dried cherry, rich cocoa, smooth caramel, almond and vanilla. The barrels also impart hints of leather and tobacco.