Black Adam first reactions: what people are saying about the superhero blockbuster

This is what the critics are saying about Black Adam. 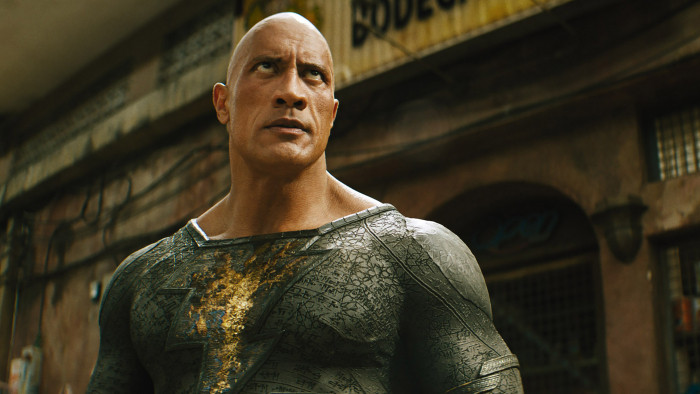 Black Adam, DC's latest superhero movie, heads to the big screen this month and the first reactions for the blockbuster have trickled in.

Black Adam stars Dwayne Johnson as the titular superhero, in a movie that's been delayed by almost a year thanks to the pandemic.

This did give time for more script rewrites and polishing of the movie which is about villain / anti-hero Black Adam who, after being imprisoned, takes on the might of the Justice Society of America.

Starting off as a spin-off to Shazam, the movie is very much its own thing now and DC will be hoping that it can take course correct its DC Universe, which has had a bit of a bumpy time of late thanks to changes behind the scenes at Warner and HBO.

Black Adam has finally had its premiere at a star-studded affair in New York City and the first reactions are positive - both Dwayne Johnson and the movie are getting a decent amount of praise. According to the myriad Twitter posts, expect lots of action and a few twists along the way.

Here's what the critics are saying about Black Adam. Note, these are not full reviews but initial reactions - expect reviews in the near future...

.@TheRock is terrific in #BlackAdam, which includes a hearty amount of real world touchstones (most affecting is it reinforces the need for heroes in bleak times). Director Juame Collet-Serra lays out building blocks for a larger, grand universe. Action is lively & BIG in scale. pic.twitter.com/pDBkSHRDrI
— My Scary Name *is* Courtney Howard (@Lulamaybelle) October 13, 2022

I have seen #BlackAdam! This was one of my most anticipated films of the year, and it did not disappoint. The action sequences were incredible, especially the ones with the JSA. The Rock crushes it as Black Adam. The film’s end left me with high hopes for the future of the DCEU. pic.twitter.com/vd0Zy35lWT
— Dorian Parks (@DorianParksnRec) October 13, 2022

Black Adam is everything that I hoped it would be and more. A Snyder-esque antihero spectacle that delivers big action and impressive set pieces. Dwayne Johnson transforms into Black Adam, a role that he was born to play. Centineo & Swindell are so damn fun to watch. #BlackAdampic.twitter.com/V1tY0liyph
— Scott Menzel (@ScottDMenzel) October 13, 2022

#BlackAdam is a MASSIVE DC outing. The action is brutal, and Dwayne Johnson delivers on his promise of shifting the DCEU in a different direction. The story itself is up and down, as certain scenes don’t pack the intended punch… Although there are moments that fans will LOVE. pic.twitter.com/0TTwyiC2fS
— Austin Burke (@theBurk3nator) October 13, 2022

#BlackAdam is DC's most action-packed film to date. It's a non-stop thrill ride that is all about spectacle, and it knows it. Ther3 is barely anytime to breath, or even talk. @TheRock is a perfect Black Adam, plus Pierce Brosnon is a standout. The film will leave fans buzzing! pic.twitter.com/HxCYYNw71w
— Ben Rolph / TheDCTVshow @LFF (@TheDCTVshow) October 13, 2022

#BlackAdam is built on some epic, non-stop action. It made me want a sequel with a smoother story immediately.

When it moves, it’s a straight shot of adrenaline. The characters are dope, especially Teth-Adam and Doctor Fate. It’s a bad-ass film. pic.twitter.com/XeMFgcB3OG
— BD (@BrandonDavisBD) October 13, 2022

BLACK ADAM is an action-packed crowd pleaser, @TheRock is at the top of his game.

Doctor Fate and Hawkman are standouts and the JSA fleshes out the DC universe.

The surprise everyone’s been waiting for definitely delivers, and it will get fans excited for the future. #BlackAdam
— Sheraz Farooqi (@SherazFarooqi_) October 13, 2022

Black Adam is out 21 October, courtesy of Warner Bros. If you want some blockbuster action right now, these are the best superhero movies of all time.