The best movie trailers shown off at Super Bowl LIV 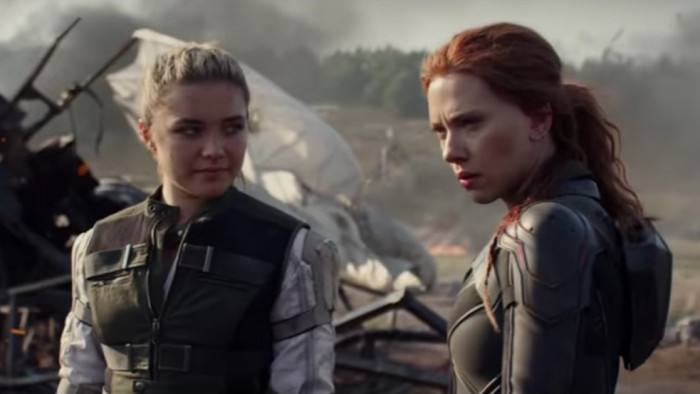 This year was no different as the Super Bowl 2020 brought us a host of new movie trailers including a whole selection of Disney’s upcoming films and TV shows.

Not only were there better looks at the new James Bond movie and Fast and Furious 9, but there were also trailers for Disney’s Mulan, and Top Gun: Maverick and sneak peaks at the new Disney+ shows, WandaVision, The Falcon and The Winter Soldier and Loki.

Thanks to the eye-watering price of $5.6million for a 30-second slot, most of the trailers are pretty short but it’s always nice to get a better look at upcoming films (however brief).

Below, you’ll find all the above mentioned and more, so that you can watch all the best Super Bowl trailers all in one place.

No Time to die

The 25th James Bond film, No Time To Die, is set to be one of the biggest movies of 2020 so there’s no surprise this 30-second trailer made an appearance. Featuring high-speed jets, gun-shooting Aston Martins and a number of dramatic action shots, it’s everything you’d expect from a James Bond trailer.

We already knew that Marvel’s Black Widow would give us more of an insight into the assassin’s life before The Avengers and this trailer shows us a little more of her previous family. Other cast members include Florence Pugh, Rachel Weisz and David Harbour.

WandaVision, The Falcon and The Winter Soldier and Loki

Marvel Studios packs a lot into this 30-second trailer as it shows off three of its Disney+ shows. Admittedly there’s not a lot of dialogue, but we do finally get a first look at all five main characters in WandaVision, The Falcon and The Winter Soldier and Loki.

Another 30-second clip this time made up largely of flashbacks including John Krasinski, Emily Blunt and their on-screen children, Millicent Simmonds and Noah Jupe.

The highly-anticipated Sonic The Hedgehog movie comes out later this month, so Paramount decided to fill it’s one minute clip with the fastest US athletes it could find. The trailer features gold medallist Allyson Felix, NASCAR driver Kyle Busch and American football stars Michael Thomas and Christian McCaffrey singing the hedgehog’s praise.

Fast and Furious 9 may have released their full-length trailer on Friday night, but that didn’t stop Universal teasing F9 a little bit more with a 40-second clip including a better look at John Cena’s villainous role.

Disney’s live-action remake is determined to distinguish itself from the much-loved musical version of 1998. In the place of the catchy songs you’ll find some pretty epic action sequences.

As you’d expect from a trailer for a Top Gun sequel, it’s filled with dramatic shots of Tom Cruise flying some pretty cool-looking jets, along with some perfectly-timed explosions happening around him. Out 26 June, Top Gun: Maverick stars Tom Cruise alongside Miles Teller, who plays the son of Nick 'Goose' Bradshaw.

Starring Emmy award-winner Elisabeth Moss (The Handmaid’s Tale), The Invisible Man follows Cecilia Kass (Moss) as she becomes convinced she is being stalked by her supposedly dead ex-husband - whom she cannot see.

Amazon Prime even got in on the Super Bowl action with a clip of its new original series Hunters. The show follows Al Pacino as he sends out a group of hunters to track down Nazis living in America.