Best movie Easter eggs: 10 facts that will blow your mind

Brilliant movie tidbits you may have missed. 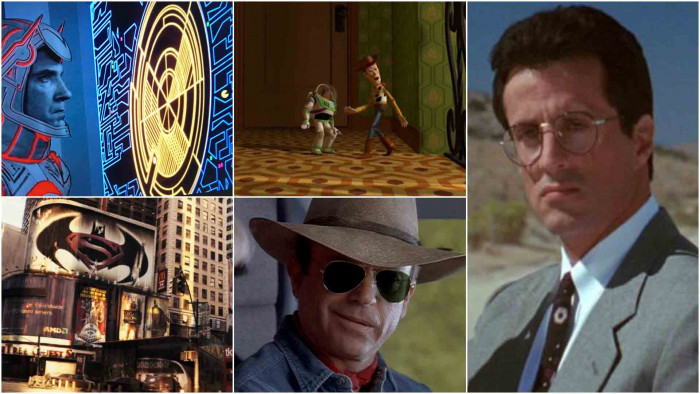 Easter Eggs have been a staple of Hollywood from pretty much the beginning. Essentially in-jokes, knowing nods they give the audience a smile and a talking point after the credits roll.

If you rarely spot them, then don’t panic: an Easter Egg is meant to be subtle, hidden enough so that if you do find one then you punch the air with joy.

Here are our 10 favourite Easter Eggs of recent memory. There are plenty more, so if we’ve missed your favourite then let us know... 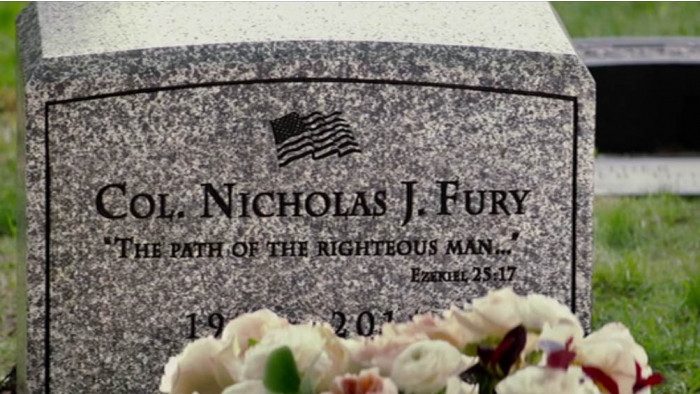 In what turns out to be a ruse, Nick Fury (Samuel L Jackson) ‘dies’ in Captain America: The Winter Soldier and is given a gravestone which reads: “Col. Nicholas J Fury, The path of the righteous man..” the last bit is a nod to Jackson’s fantastic speech in Pulp Fiction that he recites to people before he kills them. 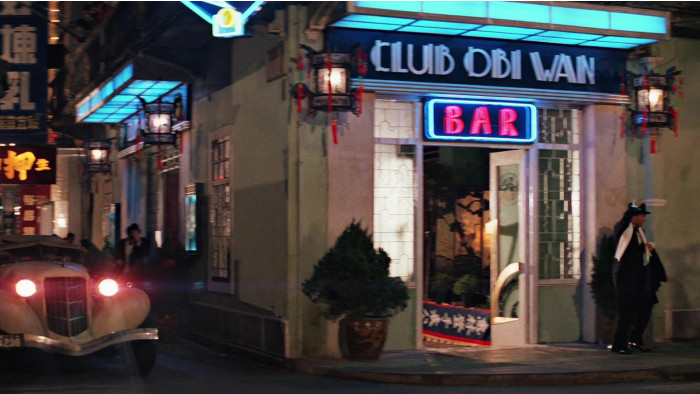 Steven Spielberg, who's besties with George Lucas, added in a lovely Star Wars nod in Indiana Jones and the Temple of Doom. One of the bars Indy drives by is called… Club Obi Wan. This joins the hieroglyphic of the droids that was sneaked into one scene of Raiders of the Lost Ark. Given Lucas was producer/writer on the movie, we think he might have had a say on those going in, too. 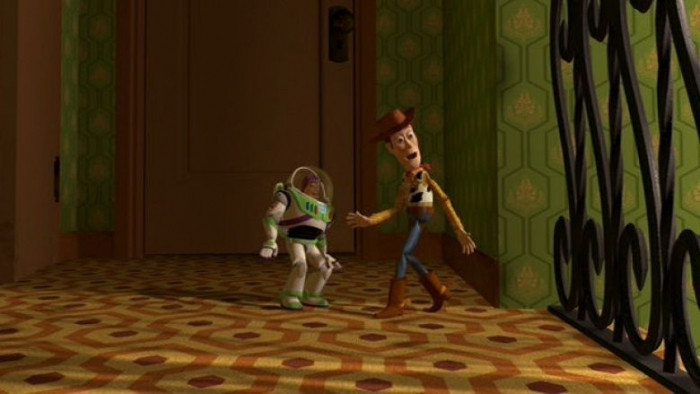 There are a ton of Easter eggs in the four Toy Story movies but our favourite is when they go to Sid the toy killer’s house and his carpet is the same as the one found in the Overlook Hotel in Stanley Kubrick’s The Shining. 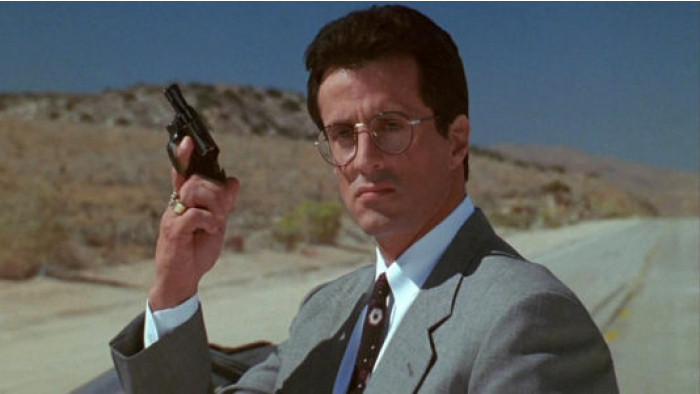 4. Tango And Cash Vs Rambo

“This guy thinks he’s Rambo,” says the police to Tango, Sylvester Stallone’s renegade detective. He replies, while shooting an oil tanker filled with cocaine, “Rambo… is a pussy.” All that was needed was a knowing nod to the camera for this to be the best movie scene of all time, but it’s still a lot of fun. 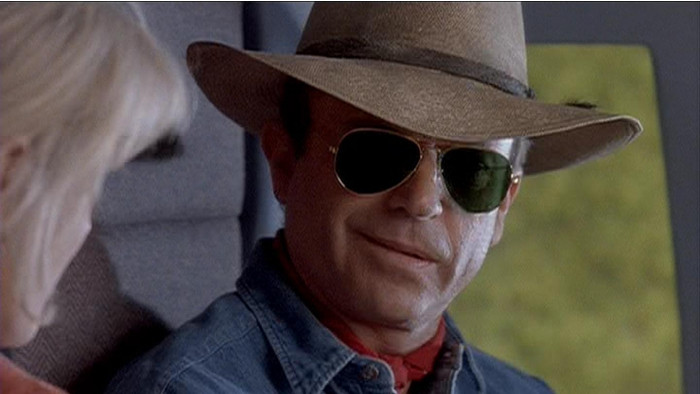 This is a subtle one but is key to the whole of what went wrong in Jurassic Park. When Sam Neil’s Dr Grant gets into a helicopter, he’s given a seat belt that has two wrong ‘female’ connections. Instead of that stopping him from being safe, he ties them together. This echoes the ‘life finds a way’ speech by Dr Malcom, which alludes to the fact that the dinos in the park found a way to breed, even though they were all meant to be female. The culprit: frog DNA that was added to fill the cloning gaps. 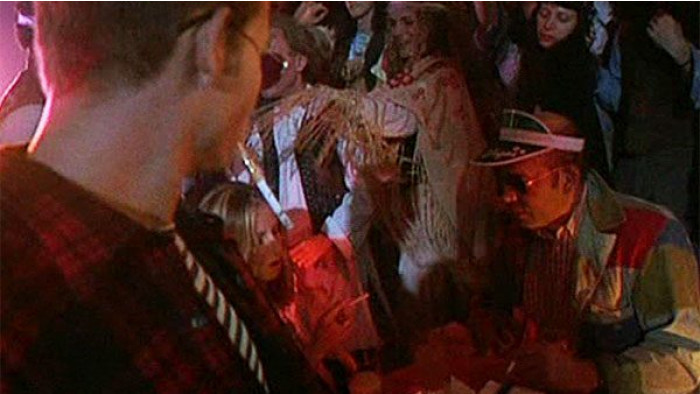 Even though most of Fear And Loathing In Las Vegas is watching the two leads getting stoned, the trippiest scene is when Johnny Depp as Hunter S Thompson walks past the real Thomson when having a flashback to the 60s. “There I was. Mother of God, There I am!” 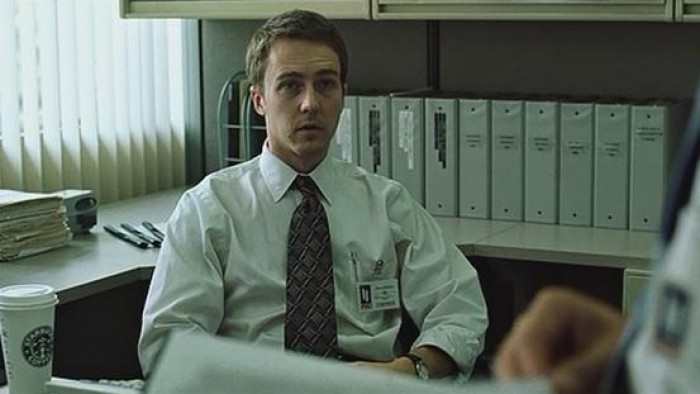 Fight Club is a movie all about, among other things, consumerism and how it rots the soul. So it made sense then that in nearly every scene of the film there is a Starbucks cup hidden somewhere. Given this was released around the same time as Naomi Klein’s No Logo, it was a nice one-two sucker punch for the anti-establishmentarianism brigade. 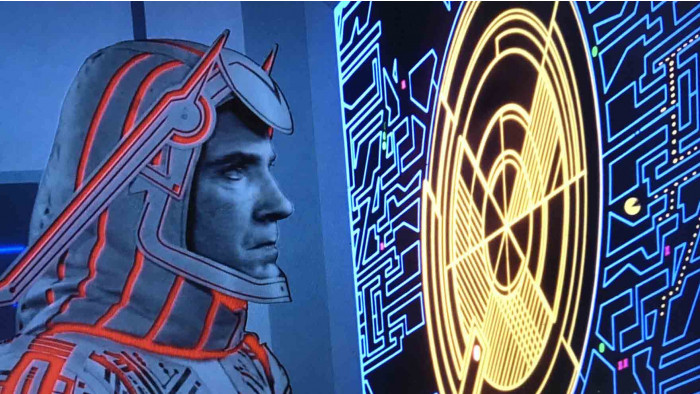 There is a brilliant Pac-Man Easter egg in Tron, where the yellow pill muncher is seen on a diagram that bad guy Dillinger is looking at… although if you watched early DVD releases of the movie you wouldn’t have known as the atrocity that is pan and scan cut the image right where Pac-Man should have been. 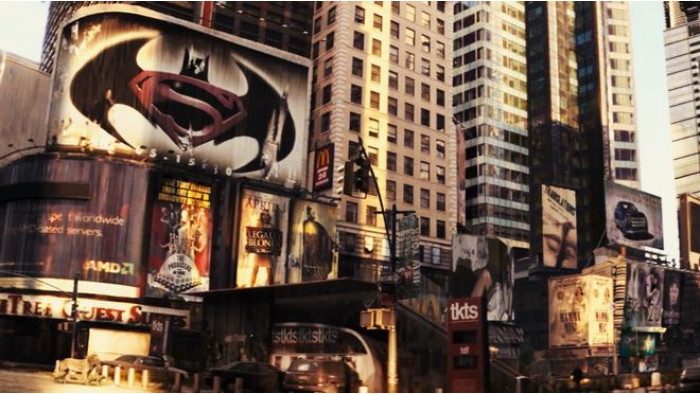 9. I Am Legend's Batman Billboard

Zack Snyder’s Batman Vs Superman yawn-fest wasn’t the first time we saw the titans duke it out on the big screen, they were also in I am Legend, kind of. In one of the scenes, Will Smith and his faithful dog are traipsing through a post apocalypse US and in the background is a billboard showcasing the movie. This was in 2007, years before the actual movie came out. It was put in there by screenwriter Akiva Goldsman who had been busy writing an early draft of the superhero saga. 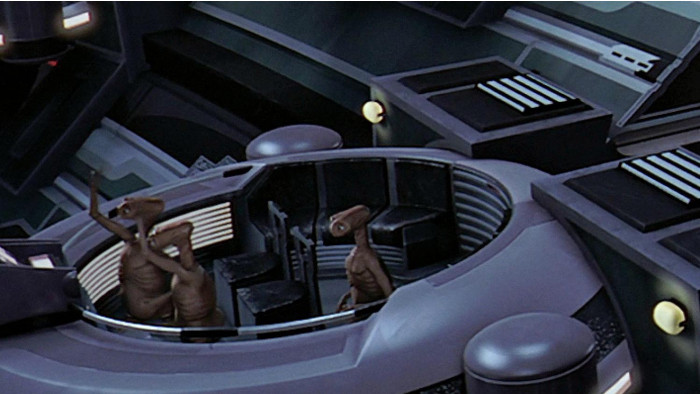 George Lucas and Steven Spielberg are best buddies so they always offer up Easter eggs about the other’s films in their movies. The Phantom Menace has a blink and you’ll miss it one. Among the riveting political talk that seems to last forever, there is a sweeping shot of aliens from other planets and one of these alien families resemble ET.