He also reveals it's the end of him playing the character. 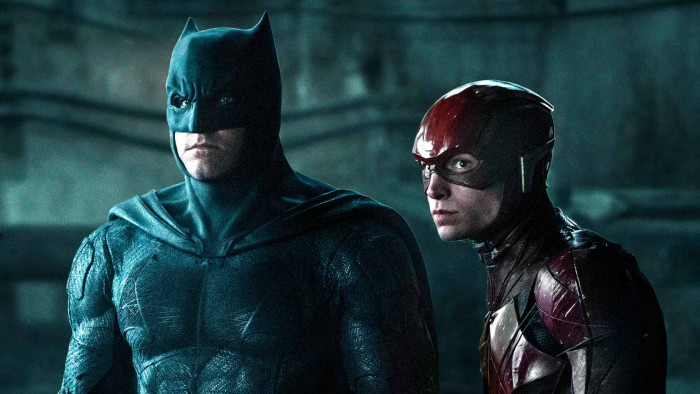 The Flash is set to do what Marvel has done with Spider-Man: No Way Home, bridge the gap between the Batman movies of the past and the present.

Its timey wimey storyline means that we will see multiple Batmen in the movie, with Michael Keaton and Ben Affleck set to star.

While Keaton has been vocal about putting back on the cape and cowl - the feeling was "shockingly normal", according to him - Affleck hasn't spoken much about appearing in The Flash, until now.

Speaking to The Herald Sun - and picked up by ComicBook.com - he explains: "I have never said this - this is hot off the presses - but maybe my favorite scenes in terms of Batman and the interpretation of Batman that I have done, were in the Flash movie.

"I hope they maintain the integrity of what we did because I thought it was great and really interesting - different, but not in a way that is incongruent with the character," explains Affleck. "Who knows? Maybe they will decide that it doesn't work, but when I went and did it, it was really fun and really, really satisfying and encouraging and I thought, 'Wow - I think I have finally figured it out.'"

This is really encouraging news and a treat for those who are fans of Affleck as Batman. Up until August last year, it was thought that the last anyone would see of Ben in the Batsuit was in Zack Snyder's Justice League.

While that was a better (but still not perfect) end for the character, it was great to hear that he would be back for The Flash, albeit in what's thought to be a cameo.

The movie will mark the end of Affleck as Batman, though, with the actor confirming in the interview that the movie is "a really nice finish on my experience with that character."

Bat to the future

The same can't be said for Michael Keaton as it is thought that he will return as Batman in the upcoming Batgirl, with The Hollywood Reporter noting that he could have a recurring role in further DC adventures, much like Nick Fury in the Marvel films.

The Flash is a film directed by IT's Andy Muschietti and stars Ezra Miller as Barry Allen. It's said to be based on the Flashpoint comic-book series where many different timelines of the DC world are traversed by Allen.

As we all know, Marvel has gotten there first with a very similar plot device which has brung back some familiar faces to its franchises, so we're expected even more cameos to be announced before The Flash is out 4 November 2022.