Battlestar Galactica and Saved By The Bell getting surprise reboots

Not together, mind - nobody wants to see Screech in space 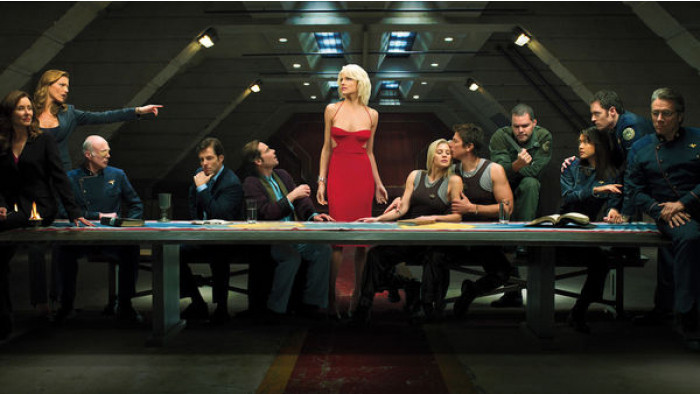 NBC has taken the wrappers off of its new streaming service, Peacock, and there are some very high profile shows getting the reboot treatment.

The two that caught our eye were Saved By The Bell and Battlestar Galactica. The former has a premise that is rather jaw-dropping. Zack, from the original show, is now the Governor of California (yep) and he's closed too many low income schools.

To make amends, he decides to send privileged students to the richer schools. Cue some hilarity about the difference in the pupils, in what should be called Saved By The Bell: The New Class System.

The second reboot is rather more promising. It is being done by Mr Robot director Sam Esmail and, while details are thin on the ground, if it's a patch on what Ronald D Moore did with the franchise, then we are in for something special.

To say the last reboot was of its time is an understatement - the show was greenlit after 9/11 so its storylines strongly referenced the ideas of terrorism. It will be interesting to see what hook Esmail puts into proceedings.

Peacock will also get a number of classic shows, including The Office, and it's signed up Michael Schur up to create something post The Good Place.