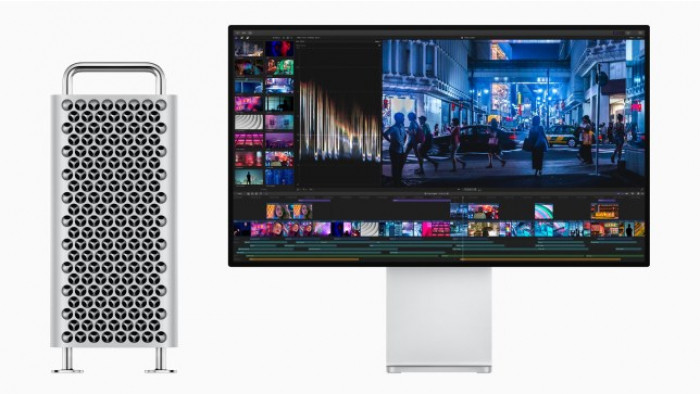 Apple is a brand known for unleashing top-tech with a pretty hefty price tag. Now though, the brand has really outdone themselves by unleashing a computer that could cost as much as a family car.

Yes, we know it sounds a little on the absurd side, but the US tech giant has just unleashed what can only be described as a monster-computer, with prices at the top end of the scale exceeding $50,000 (approximately £38,00).

Customers can also get their hands on the impressive looking Pro Display XDR containing a mere 20.4 million pixels, which has been specially designed for the new Mac Pro. Both are currently set to be released on the same date (which is yet to be confirmed).

Even the potential add-ons come with an eye-watering price tag.

Fancy modifying your unit with a set of wheels? It will set you back almost £400 (we are still talking about a computer, not a car, don’t you worry).

And if wheels aren’t your cuppa, customers can also choose to invest in a ‘pro stand’ for a smidgen under £1,000. What a steal.

Featuring a whopping 1.5TB of RAM, the device is configurable with up to 28 cores and an extensive list of potential upgrades.

The supercomputer was first announced at the Worldwide Developers Conference (WWDC) back in June, with an expected drop date of Autumn.

Given that winter in the US doesn't officially start until December 21, it seems the tech giant hasn’t doubled back on that promise just yet.

The Mac Pro is officially available to order now from the Apple store with further release date announcements to follow.

Looking for more tech-related gifts? Check out our pick of the best gifts for gamers.