The first Apple TV+ show reviews are in. But is it a Netflix killer?

Mixed reviews for the new platform 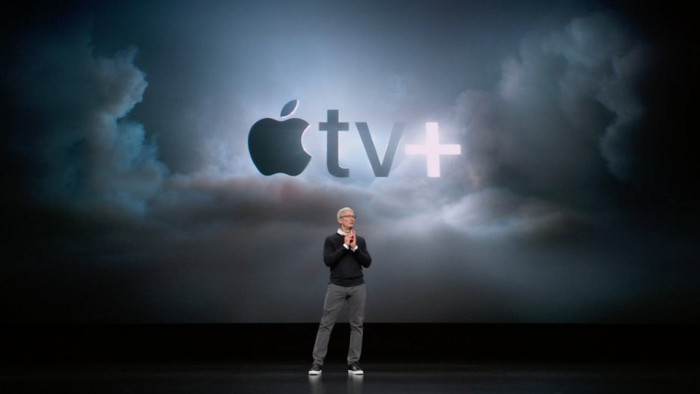 There are so many streaming platforms being launched in the next few months it's hard to keep up. Disney Plus, HBO Now, Apple TV+... there's plenty to pick from if you're a TV fan.

But if you were umming and ahhing over it, the first reviews are in for Apple TV+ – and they could just make your mind up one way or the other.

Variety has reviewed four of the platforms new shows, and they're certainly mixed to say the least.

Update: Want to go to a free screening of new Apple TV+ thriller, Servant? Our friends at Den of Geek have teamed up with Apple to put on a brilliant free morning event in London on the 5th December. Find out more.

The show most of us are excited for is The Morning Show, a mega-expensive series starring Jennifer Aniston, Reese Witherspoon and Steve Carell as the stars of... well, a morning TV show, obviously. It's had tonnes of press, partly because of its stellar cast, and plenty of money was lavished on it – so we were expecting it to knock it out of the park.

Sadly, reviews seem to suggest it's not quite as perfect as that. Although Variety describes it as "perpetually on the human side", it also argues that "it's hard to imagine viewers excited by a series that promises to take on so much being satisfied by the exhaustion that bleeds out of the writers' room onto the screen. The show gives up on its potential before its even underway."

Dickinson, a show starring Hailee Steinfeld as poet Emily Dickinson, seems to be equally confused: "For all the big creative swings the new series takes, it feels suspended between several different approaches without committing to a single one," Caroline Framke writes.

But For All Mankind, an alternative history that asks what would have happened if the USSR had won the space race, did get some good comments. Framke describes it as "by far the strongest" of Apple TV+'s offerings: "it makes the most of its budget and subsequent capacity to dream a bit bigger than most".

Apple TV+ will launch on November 1st, when you'll be able to sample the shows for yourself. For more details on what you might be getting, check out our selection of the best Apple TV+ shows here.