Andor first reactions are in: here's what the critics think of the gritty Star Wars series 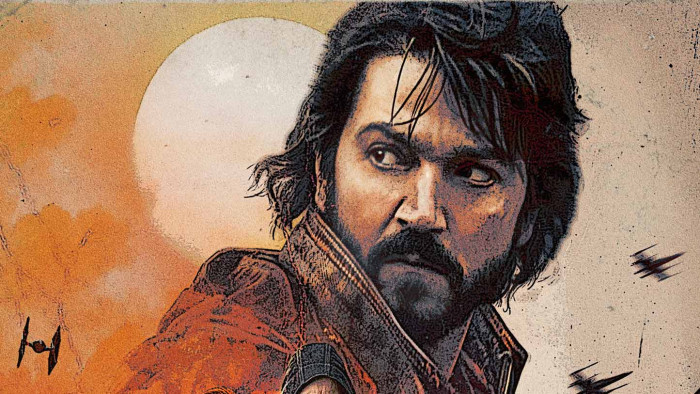 Andor, the latest Star Wars show, is set to arrive on Disney Plus 21 September but a lucky few have already gotten to see what all the fuss is about.

Based on events some years before Rogue One, Andor is created by Tony Gilroy, a director who was heavily involved with the rewrites and reshoots of Rogue One (and famously added that Darth Vader scene to the movie).

Andor once again stars Diego Luna in the titular role and the focus of the show is how he turns from soldier to rebel hero.

We already know that Andor is being treated differently to other Star Wars shows. For a start the series has 12 episodes, a third more than The Mandalorian (which clocks 8 a series).

With this in mind, Andor is a show that's going to take its time to tell its Star Wars tale and that comes across in the following reactions. What also comes across is that we haven't seen anything like this on the small screen before... in a good way.

Here are what critics are saying about the first three episodes of Andor...

#Andor is unlike any @starwars story that we've ever seen before. @diegoluna_ is at the center of a stunning & dangerous world in turmoil. It's gritty, mature, and the most intelligent and well-informed story we've had to date. Tony Gilroy is a genius. pic.twitter.com/pfZwlmZ0HD
— Maggie Lovitt (@maggieofthetown) September 16, 2022

#Andor is the most mature Star Wars to date (feels akin to an HBO drama). Grounded story w/ intimate stakes & serious tone that shows a new side of the Empire. Overcomes a slowish start in first 2 eps. Stellan Skarsgård is fantastic & Diego Luna is somehow even better than in RO pic.twitter.com/9y1jWf7DSJ
— Star Wars Holocron (@sw_holocron) September 16, 2022

#Andor is the biggest departure from the #StarWars formula yet and it thrives for it! It's a dark and mature story of the start of the Rebellion - one that may not appeal to all fans. The scope and practical visuals are immense, perhaps the best-looking Disney+ original yet!
— Sam Hargrave - TheDirect.com (@ScorpioloYT) September 16, 2022

I've watched 4 episodes of #Andor & I'm loving its more simple ground-level approach. It's different from the other shows, less humor. Plays like a crime drama more than a space opera. I dug how it highlights low-level Empire leaders as it reveals a rebel alliance slowly forming pic.twitter.com/SNsBIDrhbq
— Erik Davis (@ErikDavis) September 16, 2022

Just saw the first three episodes of #Andor and they were GREAT! Definitely a slow burn, but always compelling to watch. It’s very different for a Star Wars project but it works well. The third episode especially was SO good! I can’t wait to talk about it more. B2-EMO is a star. pic.twitter.com/uwDezRaSak
— Star Wars Explained (@StarWarsExplain) September 16, 2022

Now that the #Andor social embargo IS lifted, I can say that it's easily the most cinematic of the Star Wars shows so far. The first three episodes should've been presented as one 90-minute episode. The breaks between are very random - but it's a great episode!
— Dan Murrell (@MurrellDan) September 16, 2022

Oh man, #Andor is just plain awesome. Tons of depth, a slow burn crime and spy thriller that both feel very Star Wars, but also nothing like we’ve been given before. Like a premium cable drama in terms of tone and storytelling. I love it. pic.twitter.com/u8PZqlb82A
— Jeff D. Lowe (@JeffDLowe) September 16, 2022

A month or two ago I watched the first four episodes of #Andor and it's awesome. Quality production design, lived in worlds, real looking locations, and characters that feel like real people. It's the best of Disney Star Wars so far and much needed for the franchise! pic.twitter.com/JOeUVkaCqP
— Rob Keyes (@rob_keyes) September 16, 202

#Andor is great! It feels more adult than most of the Star Wars stories recently. It doesn’t have cute creatures or funny droids, it instead feels like an elevated slow burn premium cable tv series. I’ve seen the first 4 episodes and am very excited to see more! pic.twitter.com/fKhd3RaiHo
— Peter Sciretta (@PeterSciretta) September 16, 2022

Obviously these are social reactions to Andor but they are overwhelmingly positive - full reviews will arrive soon.