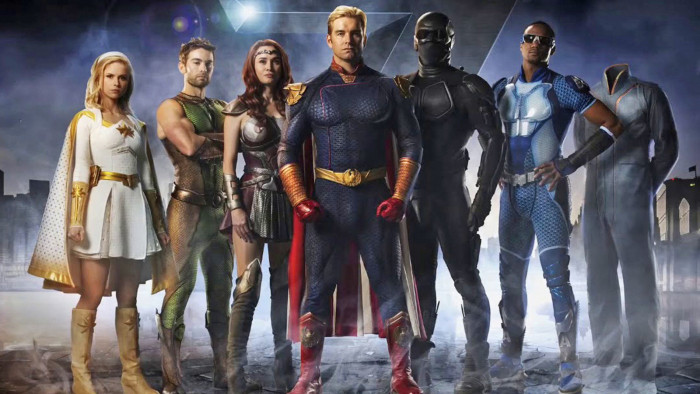 You may think that you’re done with superhero media for a while. You may feel that you’re a bit too familiar with the standard trope of troubled but ultimately well meaning heroes saving the day. If that’s the case, then new Amazon Prime Video series The Boys would like a word.

The Boys is the screen adaptation of Garth Ennis and Darick Robertson’s comic book series and is completely different to anything you’ve seen in the space. In this world, superheroes aren’t well meaning do gooders – they’re commercialised properties represented by a multi-billion-dollar agency prepared to put their likeness on anything.

Said agency – Vought International – spends a lot of its money on PR and clean up to deal with collateral damage, like the death of random bystanders taken down by negligent superheroes in the line of duty. That’s what you get when your heroes aren’t motivated by dogoodery, but by fame and fortune.

It’s out tomorrow exclusively on Amazon Prime Video, and the early reviews have been pretty kind, with the series averaging 74% fresh on Rotten Tomatoes. “The Boys works on multiple levels,” says CNN. “Smartly cast, it operates as a mystery, a satire, a battle of wits and perhaps foremost, a provocative consideration of the dangers of hero worship.”

If that sounds up your street, be sure to check it out when it launches tomorrow. There’s a good chance we’ll have a new addition in our list of the best Amazon Prime Series.