Amazon Echo Buds review - 7 things to know before you buy 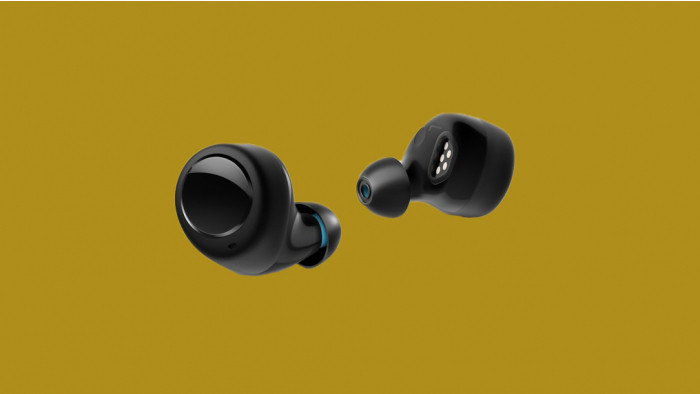 The rise of true wireless earbuds has been quite something. Over the last year or so, thanks to the likes of Apple jumping into the space with the AirPods, the idea that you can have in-ear headphones without any wires holding you back is no longer something out of sci-fi but now they are very much part of the mainstream.

Amazon revealed in September that it was releasing its very own pair of true wireless earphones, called Echo Buds. As you have probably worked out by now, the core USP of the Ear Buds are that they have Alexa at their core.

The voice assistant is there whenever you need it and this makes for a great smart experience. Couple this with the sound quality (more on this below) and the very reasonable price and what you have are a true (wireless) AirPods alternative.

We’ve been playing using the Echo Buds, as they have finally launched in the UK, and here’s 7 things we’ve learned with our time with them.

We weren’t expecting this, but the Echo Buds have a meaty, immersive sound that is bigger than the price tag Amazon has put on them. There are dual drivers on board that create the big sound, but it’s Bose that has to take a lot of the credit here. Amazon’s savvy partnership with Bose means that the Active Noise Reduction (it’s not total cancellation) works extremely well.

2. They bring the (reduced) noise

With Bose on board, and three mics (two to pick up outside noise and counteract it, one is situated in the ear), there is a decent amount of dampening when you are wearing the Echo Buds. In the office, it was hard to hear my boss’ animated diatribe about how Christmas is rubbish, while commuting on the Tube and trains, background noise was softened massively. You can toggle between Active Noise Reduction and Pass-Through in the app and by tapping the touch controls. You can also choose the amount of pass-through sound you want to hear when wearing the Echo Buds.

There are some niggles. We couldn’t get on with the Echo Buds touch controls as much as we would have liked. You can change the touch gestures in the Alexa app, which did help but there were enough times where we tried to double tap and it didn’t work, or pressed and held the Echo Buds and nothing happened. It seems like there are areas on the earbuds that are more sensitive to touch - once we found those areas, it was a much better experience. It’s odd that you can’t have volume control through the touch gestures, either.

4 Alexa is music to the ears

Having Alexa so close to your face is actually quite a weird experience - and something that other earbuds offer, such as the Jabra Elite 65Ts, but given voice is so baked into these earbuds, it’s an enjoyable and pretty seamless experience. We did find it a little strange when asking Alexa for something when the Active Noise Reduction was on, as it muffled the sound of our voice, but you soon get used to it. The Echo Buds really open Alexa up for more on-the-go question asking.

5. They're comfortable to wear

The Echo Buds are comfortable, if a touch too chunky for our liking. This is a niggle we have with pretty much all True Wireless earbuds. There is a hand tip guide in the app - not that sort of tip, but the thing you actually put in your ear. There are three sizes in the box and you need to wear the right one so the seal is correct for the noise reduction to work properly. Click the button in the app and there is a quick hearing test to make sure you are wearing the right ones. We were right first time and feel pretty smug about that.

6. Working up a sweat

We tried the new Echo Pods in the gym and they were a great fitness companion. They are sweat proof (and can handle water splashes too), comfy and secure enough to have in your ears while running and having Alexa at hand is great if you want to set timers and the like. We would quite happily were these for our regular gym outings.

7. Battery life could be improved

This is another (slight niggle), battery life is fine but we would have loved a little extra juice. Battery is quoted as being up to five hours and in our tests, it was in touching distance of this. The case offers a lot more battery which is great but it did feel like we had to charge the Echo Buds far more than we would have liked. Annoyingly, the charging case uses a micro USB port too, so there’s no fast charging on board here.

We really like the Echo Buds and are still surprised by the relatively low price. Amazon hasn’t cut corners with its first pair of True Wireless headphones - they offer a relatively new way to experience Alexa and even if you just want them to play dumb, the sound quality hear is impressive. All we ask is that there’s a bit more battery next time and Amazon needs to sort out the touch controls as they let down what is a cracking pair of earbuds.

Amazon Echo Buds
£119.99
Amazon's new Echo Buds offer Alexa voice control, are sweat resistant and true wireless - with battery life up to 5 hours. For the price, they are one of the best True Wireless earphones around.
Buy now from Amazon

Make your life a little more Zen, with these best mindfulness books.
Gaming