5 things to know about The Boys: S3 - according to Billy Butcher and Soldier Boy 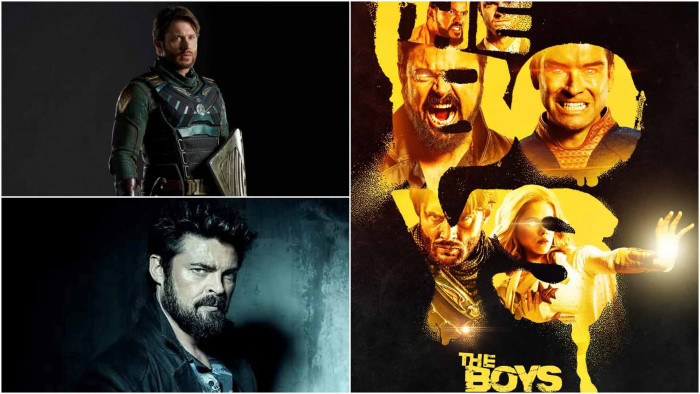 The Boys is one of the most entertaining shows in years. It's for those who like their superhero dramas interspersed with ultra violence, sex and swearing.

Based on the fantastic comic books by Garth Ennis, it certainly doesn't shy away from controversy. Its third season is no different. Set a year after the events of season 2, we see the characters in a different light.

Homelander’s subdued, Butcher works for the government but things are about to kick off when a mysterious Anti-Supe weapon sends The Boys crashing into the Seven, starting a war, and chasing the legend of the first Superhero: Soldier Boy.

To get more of an idea of what it's like working on the show and what to expect from the explosive third season, ShortList sat down with two if its stars - Karl Urban, who plays the brilliant Billy Butcher and newcomer Jensen Ackles, who is the mysterious Soldier Boy.

Here, in their own words, are 5 things to know about The Boys: S3 - according to Billy Butcher and Soldier Boy...

Karl Urban, Billy Butcher: "Working on season three of the boys was a lot more of a rich and rewarding experience. For one, having season one and two find a really solid fan base and to know that there are people out there who really appreciate it is a huge inspiration for all of us.

"When we got the scripts for this season, it was very apparent, right from the first episode, that everything was dialled up. Not only that, though, the interactions between the characters was a lot more rich and had a lot more heart. I think it's the most dynamic season yet."

2. The Boys isn't about shock value - but you will definitely be shocked

Karl Urban, Billy Butcher: "Every single script we look at and think we can't get away with it. That's part of its audience appeal. We certainly deliver something to an audience that they're not going to get anywhere else and we dare to do and say the things that no other show can and that's exciting.

Jensen Ackles, Soldier Boy: "It's an interesting dynamic Soldier Boy has been encapsulated for 30 plus years, so times have changed. When he was put away there was no such thing as the internet and now he's arrived in this super modernised digital world. But to him, he doesn't give a shit. He's like, 'I've got some bones to pick with a few people'. And so he has an agenda. A dark agenda.

It was great for me to kind of play this 'fish out of water' superhero who still walked around, thinking he was the biggest and baddest of them all. But then enters Homelander and he's got to look at essentially his replacement. But to him it's like some shiny piece of 'you know what', like what have they done what they've done to the superheroes? And he has a problem with that."

4. The genius of The Boys is that it's about fallibility

Karl Urban, Billy Butcher:"The genius thing about the boys and what Garth is created, was something that was so diametrically opposed to what was being written in DC and Marvel and imagining these world where these superheroes are actually completely morally bankrupt.

"And in in that it poses the question that I think audience members are going yeah, that actually wouldn't be a realistic interpretation. Because, you know, unfortunately, human nature has proven time and time again, to be pretty fallible. I think that's part of part of the way why the show and the characters resonate."

5. The Boys let's us see superheroes in a different light - and that's a good thing

Jensen Ackles, Soldier Boy: "Superheroes are these archetype characters that that we've known since we were kids. Superhero characters have been around since our parents were kids. And so to see them take different journeys or see them in different light, it's more relatable.

"It's more digestible and palatable for an audience to go, 'Oh, I know that character. I know that kind of a character. And what are they getting into now?'

"There's instant recognisability with these types of characters that I think just immediately connects to a larger audience."

The Boys: S3 will stream weekly on Prime Video from 3 June. You can catch up with the first two seasons now.