5 things to know about Ad Astra, according to its star Brad Pitt

INTERVIEW: We head to outer space to chat to the star of Ad Astra. 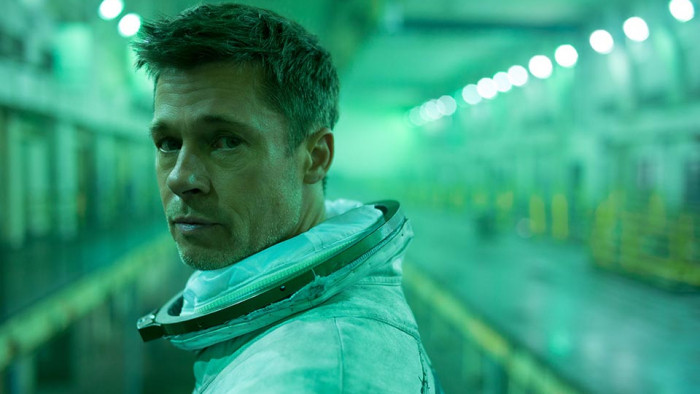 Ad Astra was a revelation when it was released in cinemas back in 2019. It’s up there with other recent ‘intelligent’ sci-fi, such as Arrival, Blade Runner and Annihilation offering up a thought-provoking look at space and what that massive empty void can do to people.

Directed by James Gray, whose fantastic Lost City of Z is also worth a watch, Ad Astra is about one man’s search for his lost father. That man is Brad Pitt and not only does he star in the movie, but Pitt also serves as a producer on the film, through his company Plan B.

Here Brad Pitt tells ShortList what it was like filming the movie, how editing it was one of the hardest things he’s done and why floating in space is a bit like putting on a Peter Pan stage production…

Ad Astra (Blu-ray)
£14.99
Ad Astra is the new movie from James Gray. Starring Brad Pitt, it's about an astronaut who goes on the search for his father who has been missing for some 30 year. The reason? The whole of humanity is at stake.
Buy Ad Astra from Amazon now

1. Ad Astra was inspired by an Arthur C Clarke quote

“[Director James Gray] said, “I got this thing I’ve been bouncing around…” It was Ad Astra, and it just felt like the original idea he had was contrary to most sci-fi films. It came from a quote that’s attributed to Arthur C. Clarke," says Pitt.

"‘Two possibilities exist: either we are alone in the Universe or we are not. Both are equally terrifying.’ In other words, either aliens exist, or we are completely and utterly alone, and either one is equally scary. This was a really unique jumping-off point.”

2. Ad Astra was a puzzle, even for Brad Pitt

“One does not know what the film is going to be when you jump off. It’s always a gamble,” says Pitt. “For example, with Quentin [Tarantino] it’s OK; his dialogue is so specific, and I know his vernacular, so I have a really good idea of where we’re going to land. But with [Ad Astra], I didn’t at all.

"These were big ideas; very difficult ideas to get across in two hours, in a film format. I had no idea how we were going to get there. I’m not sure James even knew, but it was worthy of the journey.”

“James [Gray] and I have always talked more personally and more openly about our own foibles, and we usually have a good laugh over that. We kept developing the script, right up until shooting, and what James did while were in production was, in the morning I would receive these texts from him for the day’s shoot. They would always be about something very personal in his life. Something that was very exposing of himself," says Pitt.

“That would kick off our day’s conversation. And then, that would instruct the scenes we were shooting. We would re-hone the scenes that day according to our conversations. So, the shape of the thing was always in flux.”

4. Editing this movie was one of Pitt’s hardest film experiences

"When we got to editing this film, I would call this the hardest film I’ve ever been a part of. That was surprising to me, but it was also joyful to me because I feel like if you think you know exactly how everything should be done, you are done," says Pitt.

“The surprising thing on this one was just how delicate it was in the editing process. One line of voiceover, or a music cue, could so easily tip the cart over, and we would have to pick it back up and start back again. This was consistent through the whole film; it was really challenging in that way”

5. The space scenes in Ad Astra made Pitt feel like the boy who never grew up

"Doing the zero-gravity stuff on Ad Astra was a bit like putting on a Peter Pan stage production,” reckons Pitt. “You’re strung up on wires and, in this one, we’re in tight, confined spaces and it’s not like you’re just hanging, because only bits of your body are hanging. And so, you’re being pulled in all sorts of uncomfortable areas, and yet you have to project the calm and relaxed state of zero gravity.”