SPONSORED: 5 reasons your next watch should be from the Nixon x Rolling Stones collection 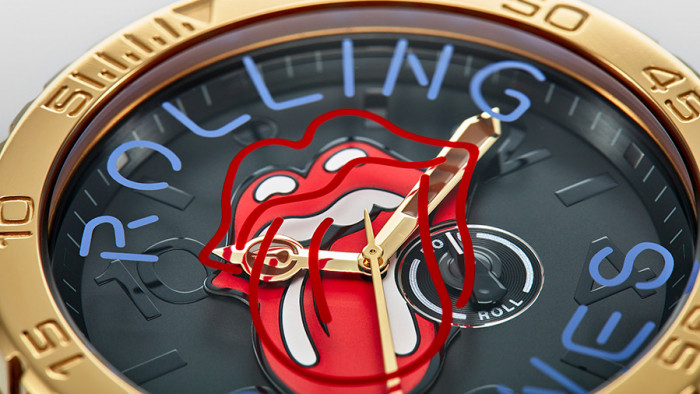 Revered watch manufacturer Nixon has created the collab of the season, thanks to its fantastic link-up with legendary rock band Rolling Stones.

The Nixon x Rolling Stones is a limited-edition capsule collection which features a fantastic array of watches which span the Nixon spectrum, offering iconic Rolling Stone designs across the high and low ends of the Nixon collection.

The Nixon x Rolling Stones range features both analog and digital watches and there’s even a wall clock thrown in for good measure. And that's not all, you can also get exclusive watch bands and hats. In short: there’s plenty here to help you get your rocks off.

View the complete Nixon x Rolling Stones collection now. Included are a fantastic array of watches which span the Nixon spectrum, offering iconic Rolling Stone designs across the high and low ends of the Nixon collection. Oh, and there’s other merch, too, including caps, hats and watch bands. Plus, take 15% Off any purchase with code SHORT15 now through November 22nd!

The Time Teller is an icon of Nixon’s watch heritage and it has never looked better, thanks to the Nixon x Rolling Stone collab. The simple, sophisticated design of the Time Teller now features the iconic Rolling Stones tongue logo on its face. The design flourishes don’t end there, with a Rolling Stones signature adorning the clasp of the watch. Couple this unique design with a 10 ATM / 100m water rating, which means getting it wet is no big deal, and the Rolling Stones Time Teller is an absolute must have. Our pick is classic gold, but you can also get it in midnight black and vibrant red.

We love the look of the Rolling Stones Staple, a digital watch with style - and one that’s now a must-have for Rolling Stones fans. The striking yellow voodoo case is inspired by decades of album artwork from the band, complete with a ‘concert-going band’ to get you in the live music mood.

Profile-wise, it’s razor thin and its display is customisable. Add to this the fact that the watch has been made from Other Peoples’ Plastic (recycled ocean plastics) and what you have is a eco-friendly Rolling Stone staple that has that rock’n’roll swagger.

As much as the Rolling Stones are known for their all-out rock’n’roll, their roots are in the blues and this watch captures the hazy late-night appeal of that music genre. The Sentry Leather of the strap is classy, Nixon ‘paint it black’ with red stitching that’s the same colour as the iconic tongue logo that’s featured on the top half of the watch’s face.

The leather strap compliments the solid stainless steel case and hardened mineral crystal of the watch face. This is how Nixon does dressy with the Stones and we are all for it!

The Rolling Stones 51-30 demands to be seen with its burly dive-ready 300m water resistance and solid stainless steel construction. The classic Tongue design makes up most of the face, with the band’s name surrounding it in a neon-like design.

A stunning limited-edition watch (only 250 have been made, individually numbered), the Rolling Stones Primacy is a stunning timepiece. It has an intricately woven face which features the classic Tongue design. This is complemented with gold orbiting indices and a blue-highlighted date window.

The watch is water resistant to 100 metres, its face has a scratch-resistant coating and the crown has the Tongue engraved on it, coming complete with knurling texture for precision grip. This is a vintage-looking timepiece that will get you in the rock’n’roll groove.

That was just a snapshot of the limited-edition Nixon x Rolling Stones capsule collection, so head to the official site now to see the other fantastic watches and accessories that are on offer. You’ll never be ‘out of time’ again.

View the complete Nixon x Rolling Stones collection now - and don't forget you can save 15% on any purchase with code SHORT15 now through November 22nd!

ShortList has teamed up with Nixon to offer one lucky reader the chance to win a fantastic limited-edition Nixon x Rolling Stones watch.