As it hits 26, we take a look at one of the British classic. 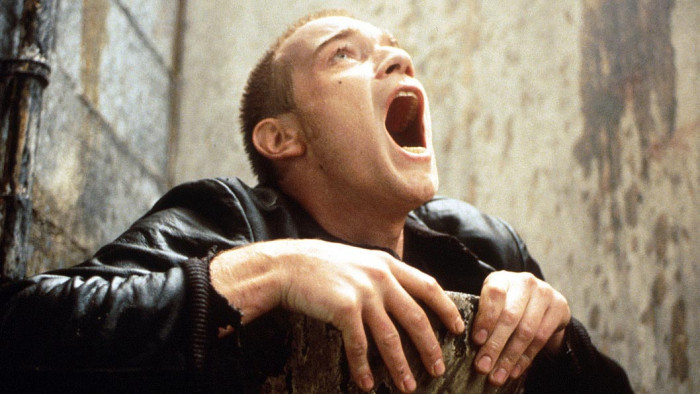 Trainspotting is a film that made British cinema seem exciting again, rather than a fusty factory of period dramas. And it's a classic that is still being talked about today, finally getting a sequel in 2017.

Trainspotting is also now - terrifyingly - 26 years old. Just let that sink in for a minute.

How much do you know about Trainspotting though? Take a look and test your knowledge.

Here are 26 Trainspotting facts that you may or may not know. If you do them, then a gold star for you!

Christopher Eccleston was considered for the role of Begbie before it went to Robert Carlyle.

The poo covering the worst toilet in Scotland was actually made of chocolate.

Ewan Bremner had played Renton on stage but Danny Boyle always had Ewan McGregor in mind for the role after working with him on Shallow Grave. So Bremner was offered the role of Spud.

Kevin McKidd lost his chance to be part of the iconic poster campaign because he was on holiday at the time of the shoot.

The first 20 minutes of the film had to be re-dubbed for the US release as American audiences couldn't understand the thick Scottish accents.

Shooting for the film was completed in just seven and a half weeks.

Danny Boyle instructed the cast to watch films including The Hustler, A Clockwork Orange and The Exorcist to get a taste of rebellious youth.

8 We need to talk about Kevin

This was Kevin McKidd's first film.

The film was nominated for an Oscar for Best Adapted Screenplay. It won a BAFTA for Best Screenplay for John Hodge, but it was beaten to Best British Film by The Madness of King George.

Robert Carlyle has said that he played Begbie as a closeted gay man whose rage came from his unhappiness with himself. Irvine Welsh agreed with his interpretation that the character was sexually confused.

Kelly Macdonald was 19 when she played 14-year-old Diane. Danny Boyle spotted her after a long search for a girl with no acting experience as he wanted someone the audience would believe was still a young teenager.

Trainspotting's author Irvine Welsh has stated that the title refers to something considered pointless by those who don't enjoy it. Just as non-trainspotters consider it a ridiculous pastime, so non-addicts cannot fathom heroin use.

Ewan McGregor learned how to cook up heroin for the role, but using glucose instead. He considered trying heroin to understand the attraction but thought better of it.

Danny Boyle had intended to use the Mission: Impossible theme tune during the scene of Sick Boy and Renton shooting a dog. However, the cost to license it would have been triple the film's $1.5 million budget.

15 From stones to stoned

Even before Yesterday you could see that Danny Boyle is a Beatles fan, Trainspotting is littered with song references. See if you can spot the Abbey Road inspired scene in the movie.

It may have cost under £2 million but Trainspotting was the biggest British movie of 1996.

Senator Bob Dole gave the movie a bit boost in the US by announcing that it glorified drug use. Because diving into toilets and overdosing is totally sexy.

Johnny Lee Miller got his part because he impressed in Hackers - and also does a mean Sean Connery impression.

He's also not Scottish, the only one in the main cast not to be.

The football team in the intro to the movie is Calton Athletic, which is made up of recovering addicts. They were the key advisors for the drug scenes.

The Choose Life intro monologue was originally meant for the middle of the movie. We're glad they saw sense and put it at the beginning.

Oasis apparently didn't allow their music for the movie as they thought it was literally about Trainspotting. They were invited to the premier, though, and now Liam reckons it's one of his favourite movies.

Trainspotting is currently in our best '90s movies list at number... 25.

The Trainspotting soundtrack is one of the best ever made and we have David Bowie to thank. After seeing Shallow Grave, he was a fan of director Danny Boyle and helped convince Iggy Pop to allow Lust For Life to be on the soundtrack.