Burt Reynolds as Rocky and Cher as Adrian, anyone? 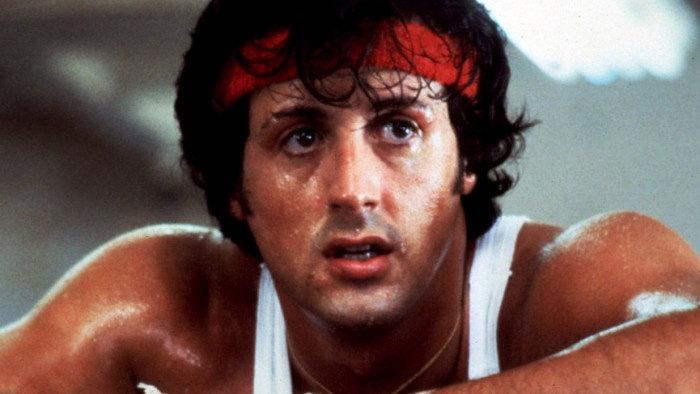 It may have been some 43 years, but Rocky remains Sylvester Stallone's best film, a loud counter-argument to those who claim he can't act. It's a movie that spawned five sequels and a brand-new franchise in Creed.

While Rocky's classic status in inarguable, how much do you know about the equal greatest* boxing movie ever made?

1. swing when you're winning

Rocky was the first sports movie to ever win an Academy Award for Best Picture. While there have been others since (Chariots of Fire), there has been something of a dearth when it comes to sports movies and Best Picture awards.

Rocky's dog Butkus was Sylvester Stallone's dog in real life. It also starred in Rocky II but dies soon after in 1981. Stallone adored the dog but was so skint he had to sell him for $40, only to buy him back when he got money from the movie.

In the meat locker scene, Stallone spent so long punching the animal carcasses that he permanently flattened out his knuckles.

Stallone wrote the first draft of the script in just three days. Slightly spoiling this story, there were actually several rewrites to get to the version that was shot.

When United Artists offered to buy Stallone's script they were not interested in him playing the lead, preferring to cast an established star like Ryan O'Neal, Robert Redford, James Caan or Burt Reynolds. Stallone insisted that he wouldn't sell the script unless he played the title role. UA relented but cut the proposed $2 million in half.

Earlier drafts of the script had Mickey as an angry racist and Rocky throwing the final fight because he no longer wanted to be part of the professional boxing world.

Burgess Meredith got the role of Mickey because all the other actors that Stallone approached were insulted that he wanted them to audition rather than just take the role.

10. Always take the weathers with you

Carl Weathers says that the budget on the film was so low that he and Burgess Meredith had to share a tiny dressing room.

Stallone was inspired to write the movie after seeing unfancied boxer Chuck Wepner last 15 rounds with Muhammad Ali at the Richfield Coliseum on March 24, 1975.

The budget didn't allow for a sufficiently large crowd to fill the arena in the final fight scene, so stock footage of sporting crowd scenes had to be used to fill out the editing. However, you can still see in some shots that some of the seats are empty.

Several members of Stallone's family were involved in the making of the film. His father plays the man who rings the bell to start a round, his brother plays a street singer and his first wife, Sasha, was the productions stills photographer.

Before directing the film, John G. Avildsen had never watched a boxing match or a boxing movie.