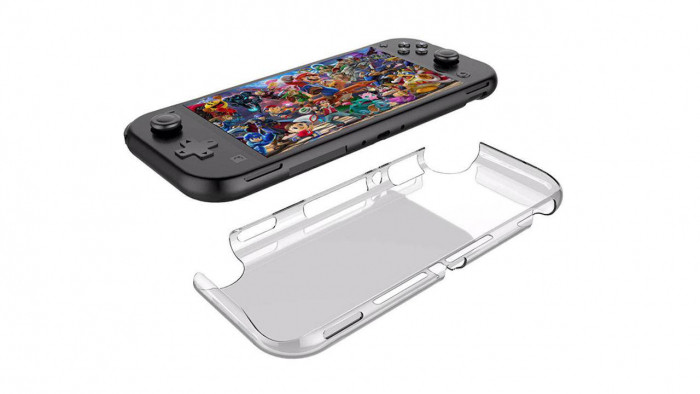 The Nintendo Switch is still one of the most exciting things in gaming at the moment. At E3 we saw the many upcoming Nintendo Switch games that will supercharge the handheld gaming console hybrid but something bigger is on the horizon and if these leaks are correct, Nintendo is mining its past for its future devices.

There's no doubt there will be a Nintendo Switch Mini. It's just something console makers do - release something then re-release a smaller, sleeker version but this new render is an interesting one, as the design cues are more like the 2DS than the Nintendo Switch.

The biggest reason for the 2DS feel is that the Joy-cons seemed to be fused to the body. This won't be a handheld that doubles up as a console, then, if the leak is correct. And it's a big if - the image comes from accessory maker Honson, which has put up a page for accessories for a mysterious Switch Mini.

So, a massive pinch of salt is needed. But, if there is a Nintendo Switch Mini on the horizon then we should see a nice price reduction for the original Switch. We have all our fingers crossed that we will see some great Nintendo Switch deals this Amazon Prime Day. Until then, we will be looking at our list of the best Nintendo Switch games with envy.