The new animated Jurassic Park is coming in 2020 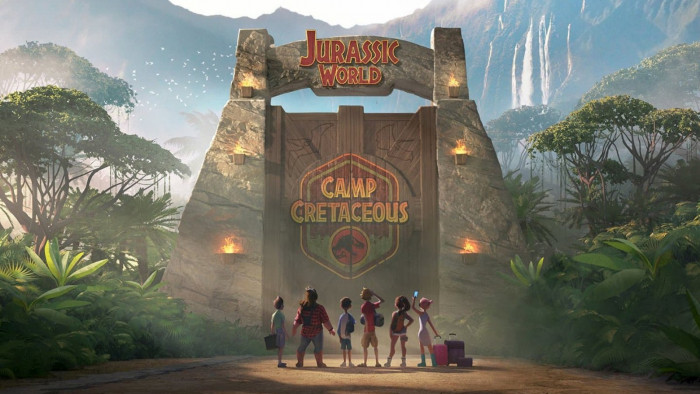 You would think after countless health and safety breaches involving rampaging dinosaurs, investors would be a little gun shy about investing in future Jurassic Parks. But apparently not, because after six films, six novels and countless comics, the franchise is getting its own Netflix series.

It’s an animated series, set in the aftermath of 2015’s Jurassic World, and follows the adventures of six teenagers visiting an adventure camp called “Camp Cretaceous”. We’re sure the dinosaurs are all locked up safely this time, and the kids will just have a lovely time learning whittling, making lifelong friends and toasting marshmallows.

Or then again, maybe not.

That setting probably means we won’t see the likes of Chris Pratt reprising their roles with a bit of voice acting. We are hoping that Jeff Goldblum pops up unexpectedly though. You never know.

The series is being promoted by the Netflix Kids & Family section, so you probably can’t bank on the kind of gratuitous gore you might actually expect when you combine teenagers and hungry, carnivorous beasts. But it may still be worth a look for adult with a fondness for the franchise: it does, after all, come from many of the creative minds behind the brilliant films. Steven Spielberg, Frank Marshall and Colin Trevorrow are executive producers, while Scott Kreamer and Lane Lueras are providing showrunning duties.

That said, it’s still some way off with the teaser trailer above promising a release in 2020. If that seems too far away here are the best Netflix TV shows to get the most out of your subscription until then.