It's time to raise a glass (or three). 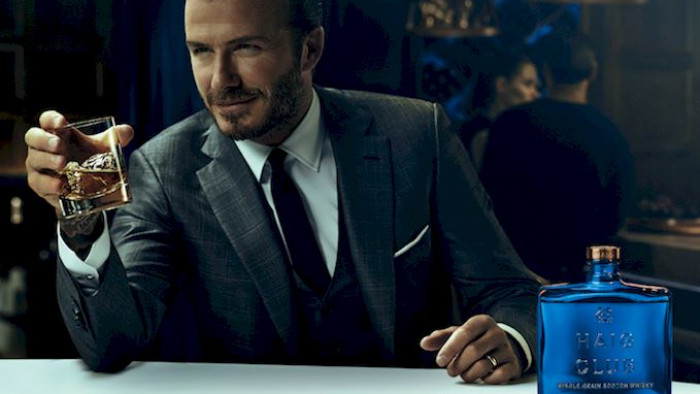 It’s pretty much an indisputable fact that Black Friday brings all the bargains to the yard. And if there’s one thing we love more than a great deal, it’s a great Black Friday whiskey deal that involved England legend David Beckham.

So, imagine our excitement when we discovered the footballer's own brand of whiskey, Haig Club, currently has a massive 44% off for a limited time. Yup, it’s time to get the Christmas presents in.

Reduced to an impressive £24.99, the offer applies to 70cl bottles of the deluxe single grain Scotch whiskey.

Haig Club Deluxe Single Grain Scotch Whisky
£32.00
This is more than just 'David Beckham's whisky'. Created at the Cameronbridge distillery in Scotland using a combination of grain whisky from three separate cask types, Haig Club currently has an impressive 29% off it's regular price for a limited time.
Buy now at Amazon

Needless to say, the offer is for a limited time only so worth snapping up before it disappears.

We’ll raise a dram to that.

For those unfamiliar with the brand, Haig Club is made at the Cameronbridge distillery in Scotland using a combination of grain whisky from three separate cask types.

Featuring soft aromas including butterscotch and toffee, the whiskey has a rich creamy taste and a golden amber finish.

The Haig Club bottle design also draws on the House of Haig’s long history, including classic designs like the Haig Dimple Bottle.

Haig Club Clubman Scotch Whisky
£15.00
This is more than just 'David Beckham's whisky'. The Clubman is created at the Cameronbridge distillery in Scotland, the true home of Haig Club. Crafted using a combination of grain whisky from three separate cask types, this whisky currently has an impressive 40% off it's regular price for a limited time.
View now at Tesco

What’s more, there are also currently big discounts on other Haig Club offerings. Take this Haig Club Clubman Whisky for example, which currently has an impressive 40% off 70cl bottles - bringing the price down to a mere £15.

If you’re thinking of snapping them up, you can find 44% off Haig Club’s deluxe grain Scotch Whisky on Amazon and 40% off the Clubman offering at Tesco for a limited time.