Meals from 50p, but do they taste as cheap as they are?

The Coronavirus outbreak has forced the world to adapt to a new way of life, which includes the type of things we eat.

Many of us are looking to food items that can last for the duration for their self-isolation and broader locked down and tinned items have never been so desirable.

So, our resident film and TV critic has taken her hat off for a second and put together a shortlist of tinned soup reviews to guide you through these uncertain times. 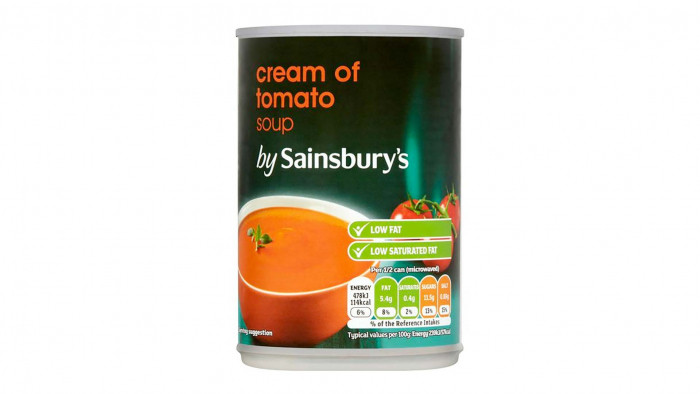 This is the G.O.A.T. of tinned soup. It is God tier. No matter which brand you buy, the smooth taste of the tomatoey flavour paired with a creamy texture makes it go down a treat. It’s a soup that says, “Hey, I don’t need fancy bits to taste good.” It is a minimal culinary delight that will never go out of fashion. 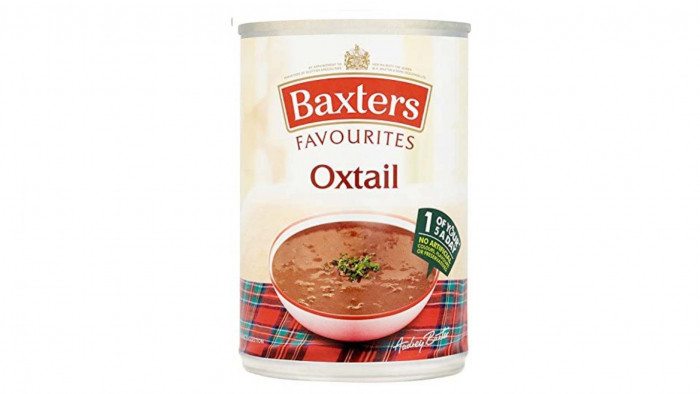 This soup is how we imagine astronauts eat stew in space. That’s not necessarily a bad thing, though, it’s just that this liquidy concoction has the energy of a hearty beef stew that you might have on a Sunday night in winter. It’s warming, has a nice thickness and the meat pieces aren’t too demanding either.

Verdict: Comfort in a can. 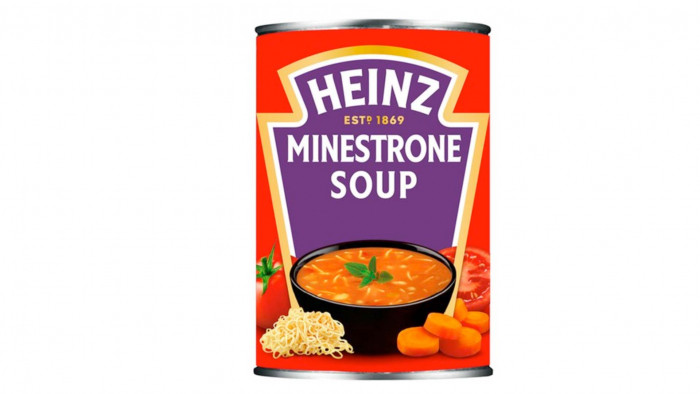 This soup boasts an array of vegetables, including carrots, peas, swede, red peppers, potatoes, haricot beans, onions and tomatoes, but it’s far too watery for our liking. Plus the noodles taste too much like the ones used in tinned spaghetti. They’re too mushy and don’t go down well. 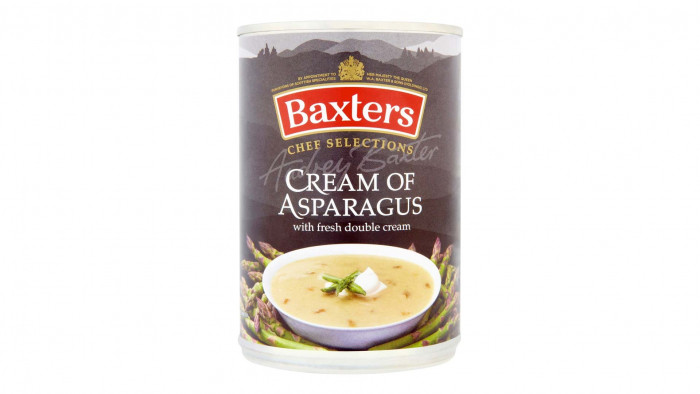 There is something quite earthy about the taste of asparagus and this soup doesn’t lose it, it's just combined with a tasty buttery character. It’s a light consistency and not at all imposing, though some of the asparagus bits can be a little tough to chew. Still, it’s an easygoing, inoffensive soup great for a lunchtime bite.

Verdict: Asparagus: it's more chill than you might guess. 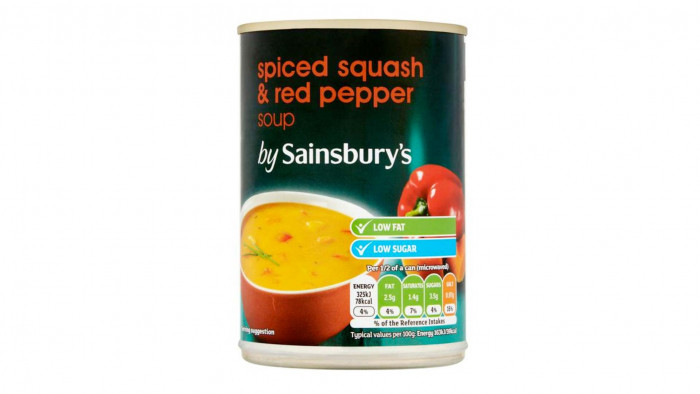 This isn’t your average tinned soup. It has pizzazz. The red pepper brings a tang to proceedings while the lentils offer a playful texture, so it doesn’t feel too runny. It’s the Mediterranean holiday of soups that really stands out from the very British flavours more frequently lined up on supermarket shelves. 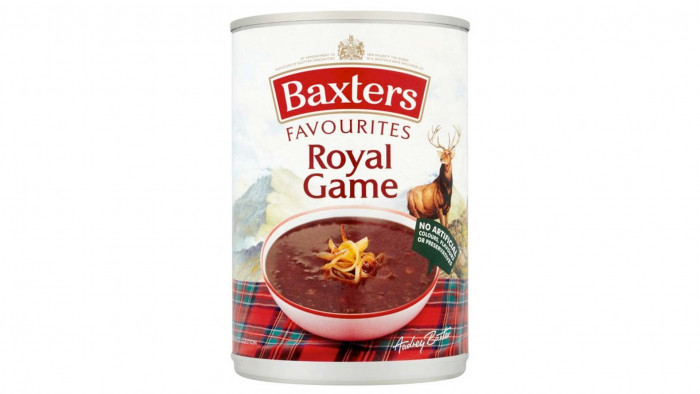 We broke our vegetarian diet to ensure this list had a diverse range of soups to review and this is the first meaty one. It’s definitely not as potent in taste as some game soups on the market but it’s still rather flavoursome. It tastes a bit like cottage pie without the mash, though there are some little potato chunks in it. Not bad.

Verdict: Not as posh as it sounds, but a tasty winter warmer for... spring 2020. 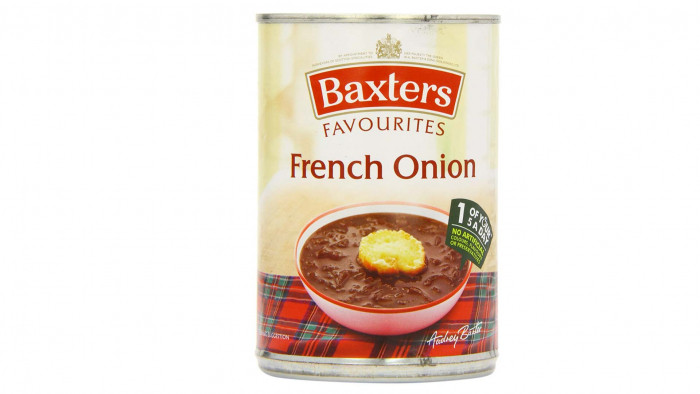 We often talk about the Brits butchering the French language and we can confirm Baxters has done the same for French Onion soup. This tin of what we can only describe as onion stock is so bitter and salty it’s a wonder it passed any taste tests. It’s lucky we’re trying to avoid food wastage as we nearly tipped the whole thing down the loo. Revolting.

Verdict: A crime against onions. 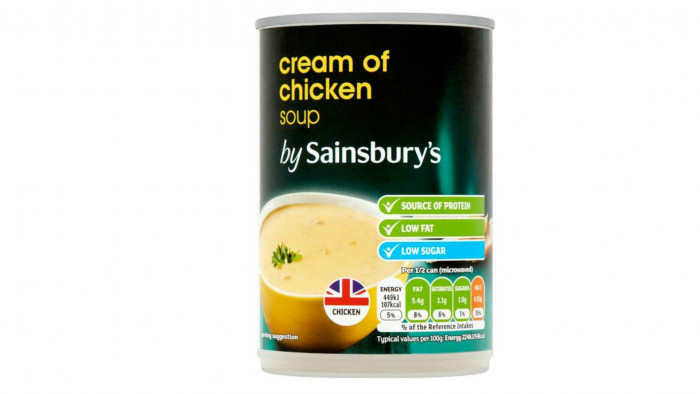 There’s something about this form of chicken soup that doesn’t quite work. It lacks the vegetable chunks, or spices, that might lift the bland taste. Then, there’s the texture. It’s too creamy. It tastes like the insides of a chicken slice without the juxtaposition of the pastry to make it a more dynamic meal. Avoid. 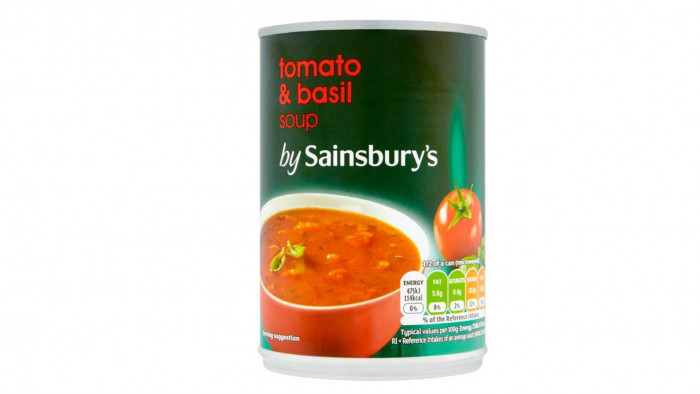 This soup really thinks it’s something that it’s not. The liquid to chunk consistency doesn’t work and the chopped basil bits are too big. It’s the Hyacinth Bucket of tinned soups, one that thinks because it has a herb in its name it’s something special. You’re not special, OK?

Verdict: Stick with cream of tomato. It's in another league. 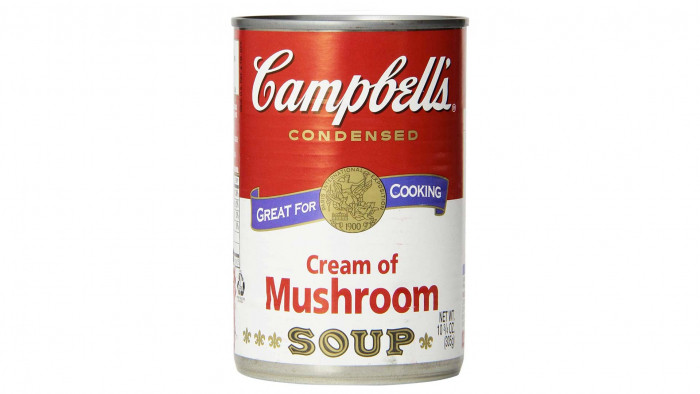 We were a bit confused when we made this one as we hadn’t clocked it was the condensed version. Just thought it was a small can. Anyway, after following the instructions we served ourselves up a homely bowl of soup that had all the delicious flavour of mushrooms without being overpowering. It’s a decently thick consistency with some scrumptious chopped mushrooms to boot.

Verdict: Condensed soup? Old-school as they come, but packed with punchy mushroom flavour. 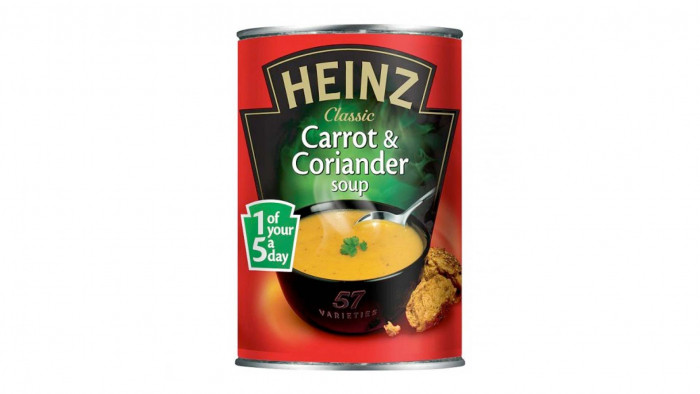 Well isn’t this just a tin of sweetness. We've never really been fans of this particular pairing but have to admit, the fruity sensation catches you quite off guard. It’s the type of thing you might have after eating a savoury snack, you know, like it’s a dessert except, you know, it’s a soup.

The best cider brands around right now - from sweet to dry (and everything in between).
Food 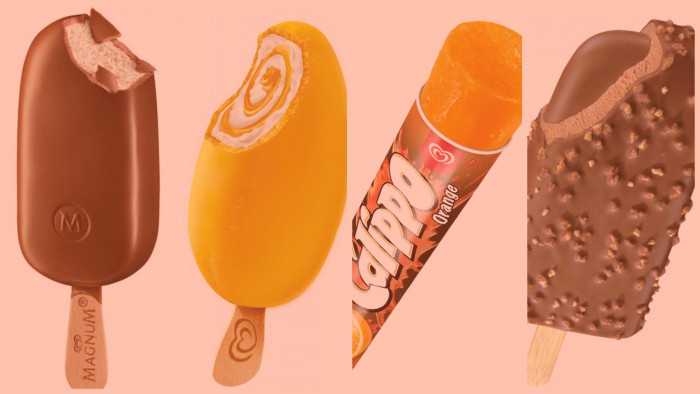 The best ice lollies: beat the heat with these ice-cold treats

Great ice lollies, but which one gets your vote?
Food And Drink