Who can forget the sheer joy of ripping open a packet of football sticker or cards during those formative years when all but a few pence of the pocket money was swallowed on the latest collection?

Those times when you knew whether you had or needed hundreds of players, based solely on your photographic memory? The half-and-half team stickers and the ‘shinys’. Or, the rare cards you’d sniff out by fondling the pack for an embossed card.

These collections are a wonderful window into the past and we’ve enjoyed sifting through them during lockdown. If you’ve kept your albums, we encourage you to dig them out and finally complete those collections via a little eBay shopping. We’ve also got the current albums for you to jump in on today. You’re never too old for a swap shop. 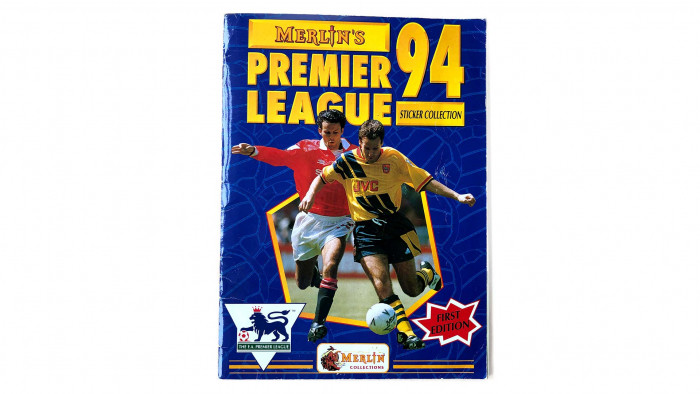 The first year of Merlin handling Premier League sticker collections was a hit. The designs were spot on, with an album packed full of stats and figures. The club programme stickers were a nice addition too. Unfortunately, on reflection, the Rising Stars pages seemed to curse those players. Neil Shipperley had the best career of any of them, which says a lot. 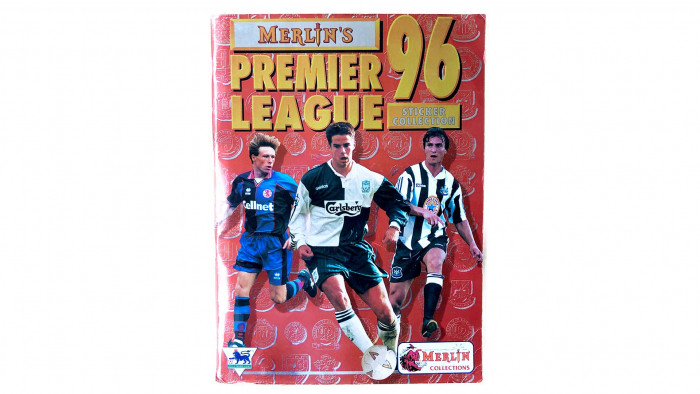 By the third Merlin album, each team had six pages in a massive 130-page collection. There were expanded stats for each player and, thanks to a sponsorship, six stickers entitled you to a free McDonald’s Coke or fries if you saved the back. 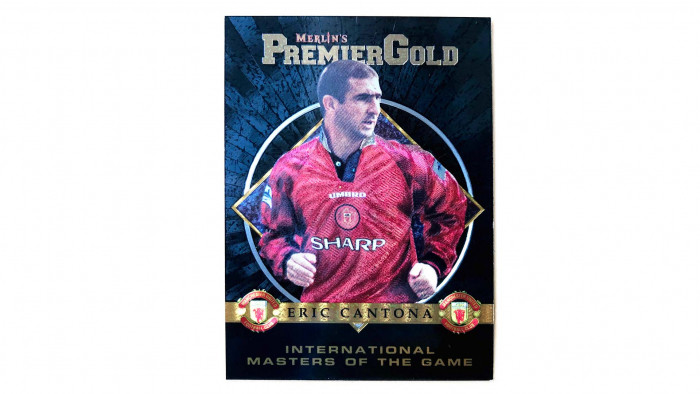 Standout Hair: Fabrizio Ravanelli, Middlesbrough (shout out to the silver foxes)
Coolest cards: The shiny International Masters of the Game

This was a beautiful card collection with embossed team badges and some incredibly hard to come by International Masters Of The Game cards (we ended up buying them from a friend’s dad for £5 a week each, out of £8.50 pocket money). The main deck had great photography and loads of stats on the back. 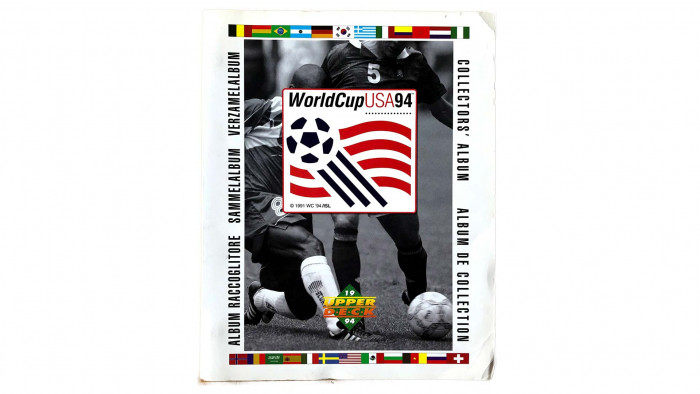 No England players to collect, unfortunately, because Graham “Do I not like that” Taylor’s team disastrously failed to qualify for the tournament. The main deck had a photo of the player on the front and back of the card as well as stats and bios. However, the holographic shiny cards the finest cards ever to hit these shores at the time. 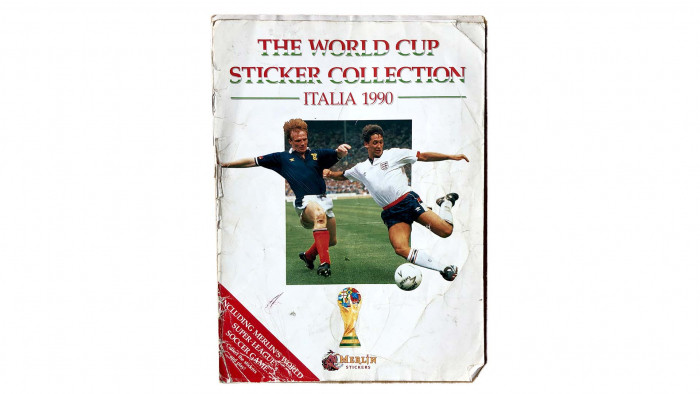 Merlin's Italia ’90 stickers had a strange rectangular shape and even the player’s estimated value. Lineker, Maradona, Gullit and, erm, Pierre Littbarski were the top-valued players at £3m each. The tournament’s top scorer, Salvatore ‘Toto’ Schillaci, didn’t even have a sticker in the album! Swaps and sticker backs could be used in a board game in the centre of the album too. 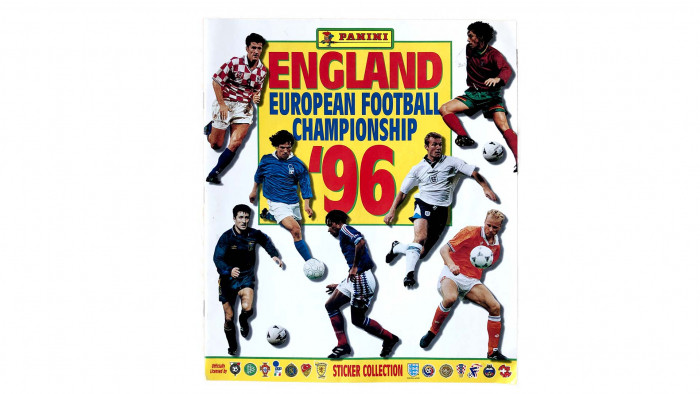 Ah, Euro ’96. What a summer. Gazza in the dentist’s chair, Stuart Pearce’s patriotic roar and Gareth Southgate’s missed penalty. The sticker collection we got in the UK wasn’t officially licenced by UEFA, but did have the backing of the major national associations. It was a pretty basic collection, but can fetch a pretty penny on eBay for a complete collection. 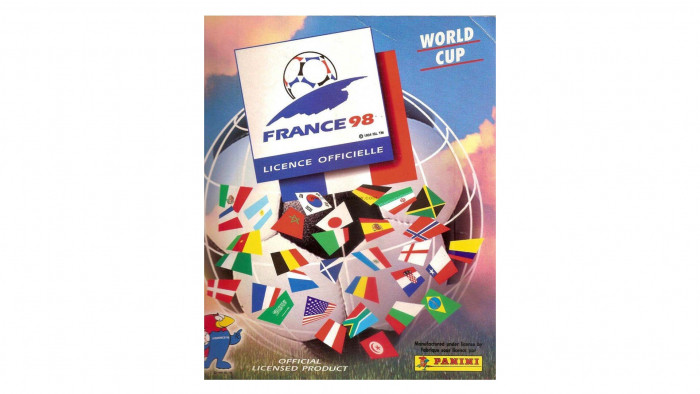 Another one of those albums that immediately take you back to those halcyon tournament summers of your youth. The officially licenced France 98 album was great, aside from the England stickers that saw all the players in weird unmarked, likely photoshopped, white jackets. 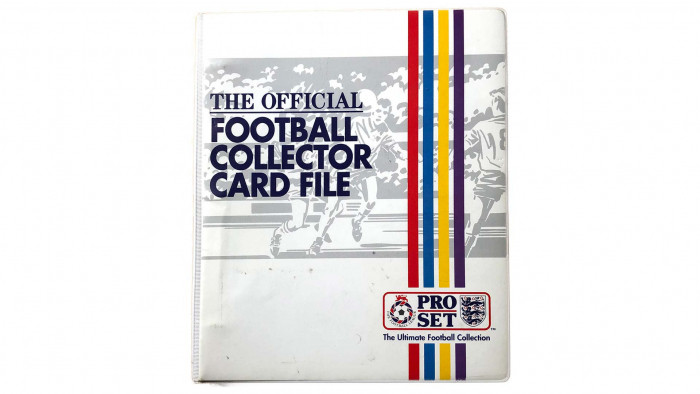 Standout hair: Brian Kilcline (more for the moustache)
Coolest cards: The 1990 Liverpool squad, the last to lift the league title

Pro Set were the official cards of the Football Association and amazingly you got 9 cards for just 30p back then. The 1990/91 collection of 318 base cards is probably the most well-remembered collection. In an anomaly, Pro Set was forced to release two-cards for Norwich City’s Tim Sherwood, whose was originally printed with a photo of teammate Paul Blades. 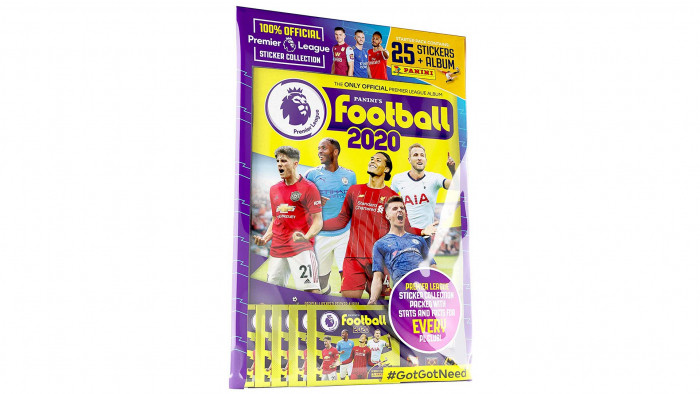 This was the first time Panini had the rights to the Premier League sticker collection, finally wresting control from Merlin after more than 25 years. The current collection features a whopping 636 stickers, with four pages for every team and spotlights on captains, key players and power pairs. 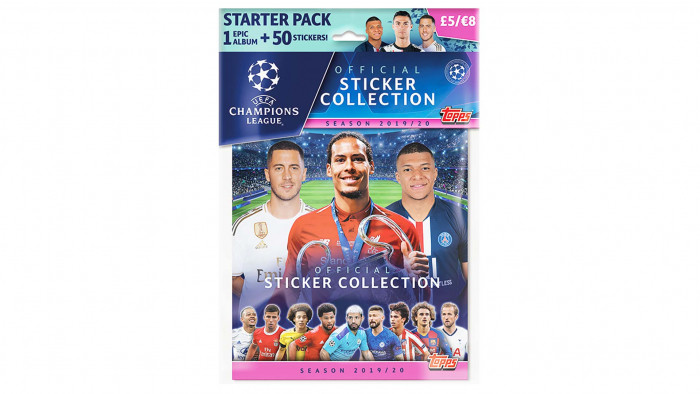 This is a fantastic, varied collection from Topps, which has the license for the Champions League. There are some larger shiny stickers for the big clubs, while top scorers, captains and stadiums also get the shiny treatment. The stickers even show the games and goals each player has racked up in the tournament. Topps also offers a 50-card CL set designed by Lionel Messi.