Best vinyl box sets in 2021: essential records for your collection

There’s a sure sign this latest resurrection of the vinyl format is reaching maturity. And it’s not that you can buy vinyl LPs in your local supermarket. No, nothing speaks more eloquently about the robustness of the current vinyl renaissance than the proliferation of the box set - as this best vinyl box set list shows.

Vinyl was tailor-made for the box set. You get all the music you love (plus, sometimes, quite a lot of related music you may not have ever heard before) on a format that sounds better than any other.

You get all the extras the music geeks crave - photos, posters, essays and what-have-you - and all in gratifyingly large format. You get a big, impressive-looking box that tells anyone who cares to look that you’re deadly serious about your vinyl habit.

But, of course, it’s just as important to be judicious in your choice of box set as you would be in any other transaction. There are no shortage of box sets out there that are nothing more than a reissued LP in an oversized sleeve.

That’s not the case with this shortlist. Here are 10 box sets crammed with thrilling music and absorbing extras - and each will bring no end of glamour and serious-mindedness to your record collection. Upvote your favourites. 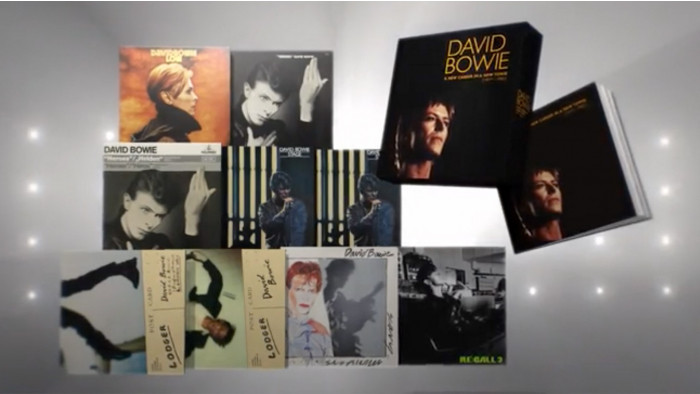 The Bowie nostalgia machine has been in overdrive ever since his passing in January 2016, so it’s important to be selective. But be assured you simply cannot go wrong with A New Career in a New Town.

It covers 1977 to 1982. That includes the peerless ‘Berlin trilogy’ of Low, “Heroes” and Lodger, as well as Scary Monsters (and Super Creeps), two versions of the live Stage opus, plus rarities, B-sides, and the French and German versions of “Heroes” recorded as a tribute to Bowie’s sudden theory of ‘European Man’.

This is a properly lavish 13-disc collection, augmented by a hardback book of photos, historic press coverage and technical notes from long-time producer Tony Visconti. As essential a purchase as anything this indulgent ever could be. 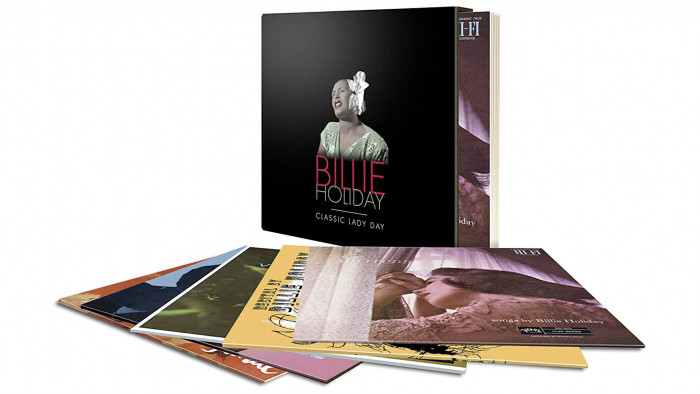 Here’s another box set that doesn’t need to do anything (beyond present the music in as high a quality as possible) in order to become a compelling purchase.

The Billie Holiday story may end with depressing predictability (she died at the age of 44, handcuffed to a hospital bed with police officers outside her door and less than a dollar in the bank), but the music she recorded bears comparison with the best of any art of the 20th century.

Here we’re treated to five LPs, from 1952’s Solitude to 1958’s All or Nothing At All, all remastered and pressed on heavyweight vinyl. If many of the titles are familiar (You Go to My Head, Stormy Weather, I’ve Got a Right to Sing the Blues, God Bless the Child), it’s because Billie Holiday took absolute possession of them. 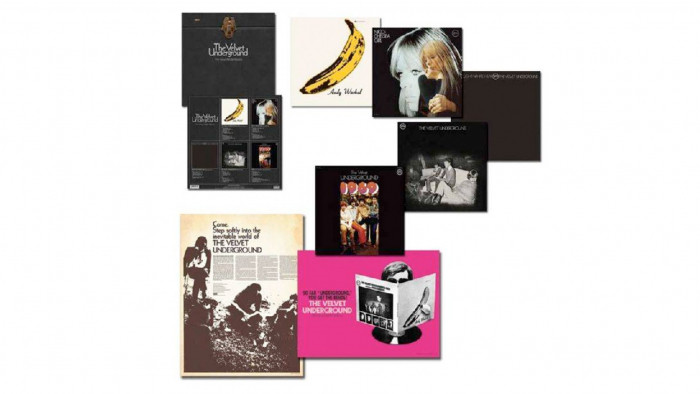 How do you like your popular music? Rooted in La Monte Young-style sonic experimentation? With a Warhol-like fixation on relentless repetition? Obsessed with the wrong drugs, dangerous sex and all-around perviness? Pretty, melodic and hummable? All of the above? Cool. The Velvet Underground has your covered.

Here the band’s first three albums, plus Nico’s Chelsea Girl (on which all the band bar Mo collaborated) and the abandoned attempt at a fourth are collected in their original mono mixes, along with erudite essays and some poster art. Never before or since has ‘pop’ music been so literary, so avant-garde and so completely sleazy - which is why we all love it. 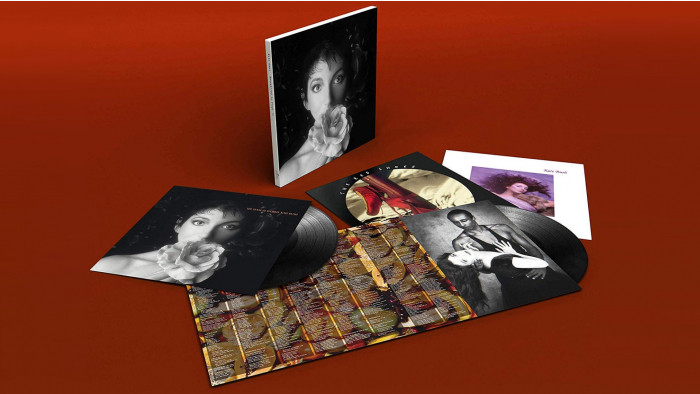 A much less exhaustive exercise than some of the other box sets on this list, this set simply offers Kate Bush’s fifth, sixth and seventh albums (Hounds of Love, The Sensual World and The Red Shoes) on heavyweight vinyl. They were remastered for the express purpose.

No book, no photos, no extracts from the Bush diaries… instead, painstakingly mastered (and exquisite-sounding) versions of three of Kate Bush’s best records. By extension, that means three of the best records released between 1985 and 1993, full stop.

If you don’t stop whatever it is you’re doing and just listen in reverential silence when Running Up That Hill or This Woman’s Work or You’re The One comes on, there may well be no hope for you. 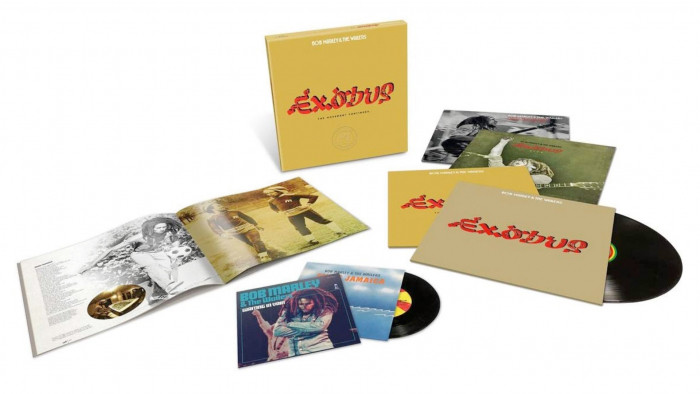 If ever a record was worthy of the ‘significant anniversary’ treatment, it’s Bob Marley’s ninth and most commercially successful LP. Exodus, a collection of politically, religiously and sexually charged songs.

Exodus turned 40 in 2017 and this four-LPs-plus-two-7in-singles collection puts it nicely into context. Enjoy the sublime songwriting and musicianship of the original (remastered) LP, Ziggy Marley’s Exodus 40 - The Movement Continues (which features previously unheard songs and alternative vocal takes), Exodus Live (from London’s Rainbow Theatre, recorded the week of the album’s release) and the Punky Reggae Party LP that demonstrates how Marley’s enforced exile to the UK impacted on his material and outlook.

Time magazine called Exodus "the best album of the twentieth century" and on this evidence it’s hard to argue against the claim. 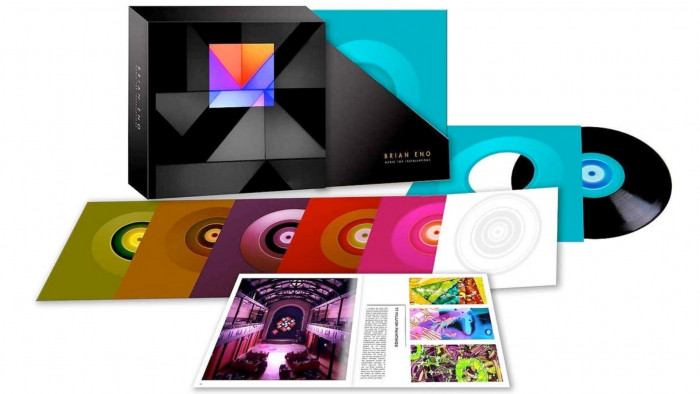 Even though none of this music has ever been released on vinyl before, you already kind of suspect what you’re getting here, don’t you? These nine LPs collect music Eno composed as part of the audio/visual installations he’s been responsible for - the oldest of these pieces dates from 1986.

Those installations were in places as far-flung as Venice, Beijing, Sydney and St Petersburg, and Eno’s particular brand of evocative-yet-soporific aural invention has been rapturously received over the years.

As well as nine discs and some exquisite packaging, the box includes a book of exhibition photos and a new essay by Eno. Never has the term ‘audio wallpaper’ been meant as such an unequivocal compliment. 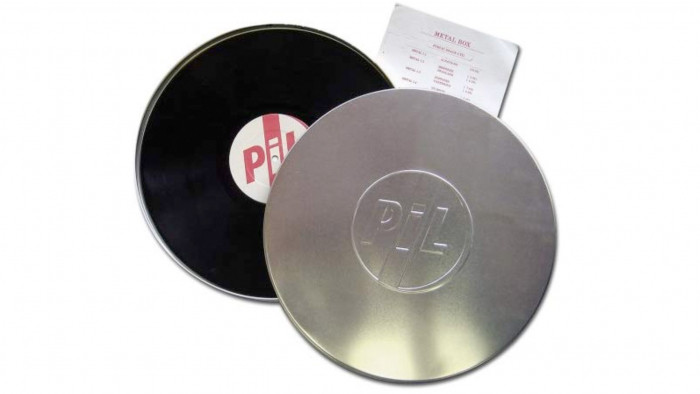 PiL’s second album came as three 12in 45rpm discs in an embossed metal film cannister - this anniversary reissue makes good on the album’s title by packing four 33rpm LPs into a metal box.

There are some remixes and BBC session versions of the songs here, as well as a Live at The Factory, Manchester performance that John Lydon spends a good length of time explaining to the audience is actually a rehearsal - which goes some way to explaining the rancorous and stop/start performances.

But it’s the original Metal Box that remains the major reason to own this box set. Many records have been commended as ‘unlike anything else you’ve heard’, but in this instance it’s an absolutely valid description. Post-punk just doesn’t get any more post- than this. 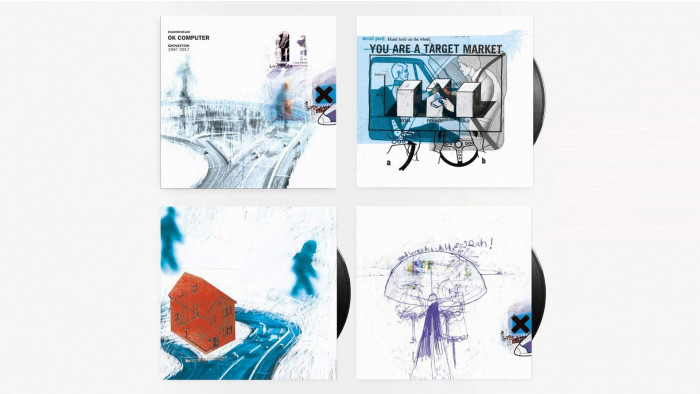 A remastered album, a second LP of B-sides and unreleased tracks, a book of Thom Yorke’s notes and sketches for album artwork, and a cassette of ‘textures’ and ‘audio experiments’ make for a nicely rounded Radiohead experience. And unlike many Radiohead reissues, the band curated this 20th-anniversary knees-up themselves.

Perhaps as a consequence, it puts OK Computer (which has become as much a generational touchstone as Love’s Forever Changes or The Smiths’ The Queen is Dead were to previous generations) in proper context - that’s to say, it cements its position of one of pop music’s more significant achievements. 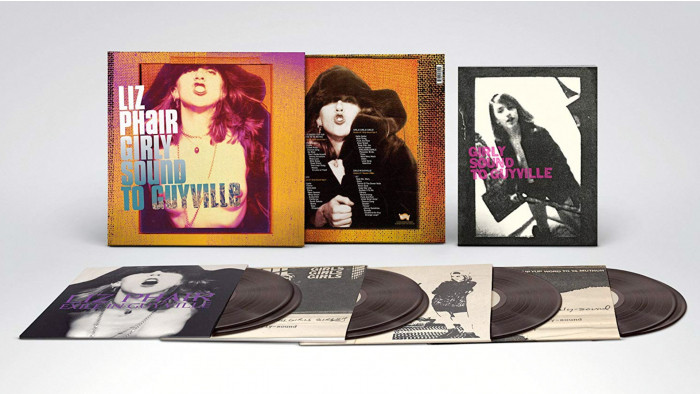 26 years have passed since Liz Phair’s debut album, Exile in Guyville, was released. Its critical reputation and influence just continue to grow.

To celebrate its quarter-century, Matador records treated us to this seven-disc round-up of all the material that took Phair from bedroom recording artiste to celebrated, divisive and unrepentant Figure of Importance. Much of the vinyl is devoted to 1991’s Girly-Sound cassettes (Yo Yo Buddy Yup Yup Word to Ya Mutha, Girls! Girls! Girls! and Sooty), while Exile in Guyville is given a very light-touch remaster.

There’s also a big old book of photos, essays, think-pieces and artwork. Every home should have one. 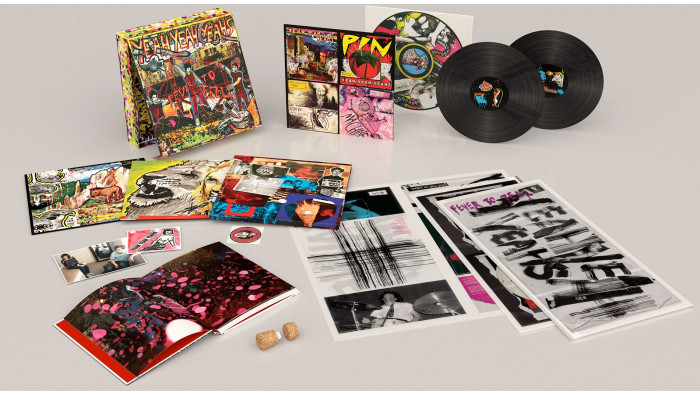 As one of the 21st century’s most acclaimed debut albums, Fever To Tell is more deserving than most of the box-set treatment and this is how to do it.

A heavyweight LP of the original album, an equally weighty second disc of demos, B-sides and rarities, a big book of photos, posters, an iron-patch for your denim jacket, and a champagne cork-style USB stick with 90 minutes of video content as well as a load more music.

Of course, there has to be a hook to hang it from - so it’s just as well Fever To Tell sounds as fresh and invigorating now as it did in 2003.

This is one that has seriously divided opinion.
Entertainment

New James Bond casting: a younger 007 is ruled out

The next James Bond needs to have experience, says bosses.
Entertainment