Growing up in the seaside town of Blackpool, an exposure to arcade-gaming is long established, spending many a spare hour seeking out the best arcade cabinets.

Formative years, pockets crammed with coinage, wandering from one machine to another. People would often gather around players gaining on well-established high-scores. Football on Saturdays? No, fully immersed in the flashing lights and digital din is far better.

There’s a multitude of ways to get your nostalgic fix on the joystick front. From eye-wateringly expensive original cabinets to desktop versions which use the same chipset and licensed artwork from original machines.
No better way to turn minutes into hours than a digital distraction such as one of these machines, and they can make for a decent display piece – functional furniture we’re calling it.
So, whatever your joystick, button-pumping preference of gameplay we have you covered with our line-up of the best arcade cabinets.
Grin-inducers, each and every one... 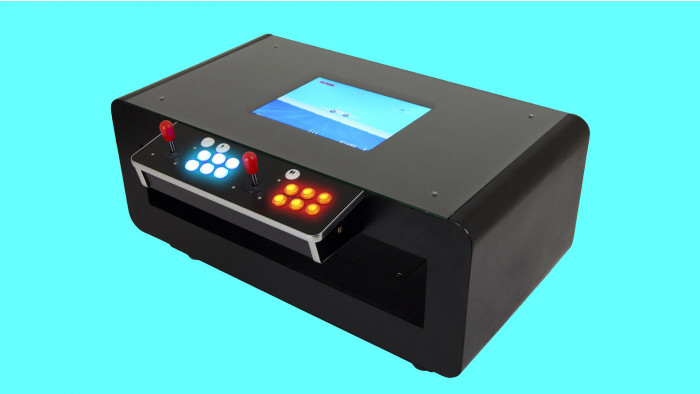 If you struggle with more than a few pages at a restaurant when it comes to decision making, you might want to leave this one. An impressive 2,500 titles jammed inside, plenty decent ones and no compromise on any of the gameplay. It’s a Tron-esque looker of a cabinet with arcade-standard controls than can take some pounding, which is great news as it holds one of the top retro classics of all time – Track & Field. 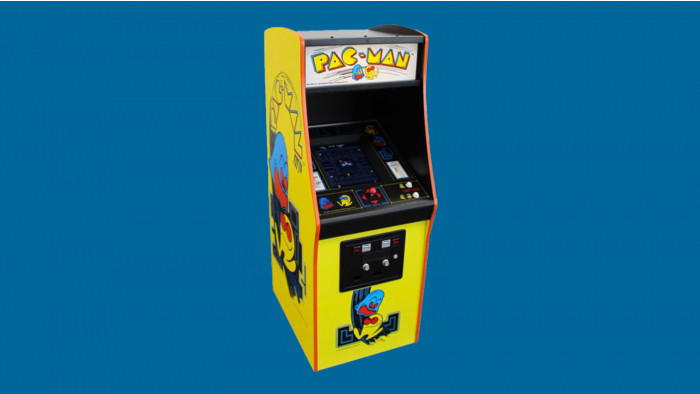 Another from the arcade shrinking specialists is the 1980 classic. Renamed from Puck Man for fear of the machines getting the “P” defaced Pac-Man still get plenty of attention after 40 years. This version plays perfectly, the joystick controller an ideal size for manipulating the maze. The colourful artwork near guarantees this’ll find space out on the shelf when not in play, a proper tribute to the original in ¼ scale size. 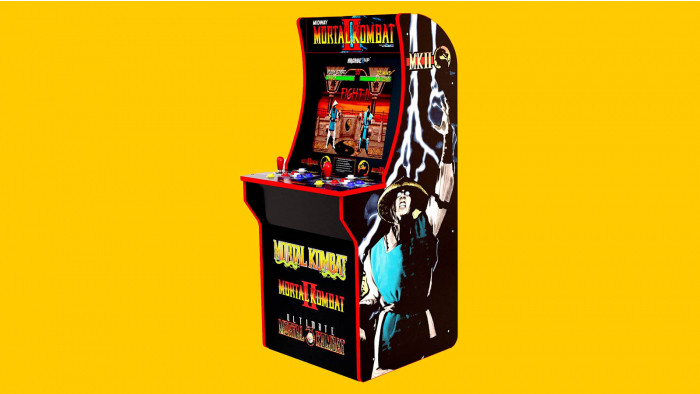 Devoted to the Mortal Kombat series this cabinet stands at almost four feet. The company make an additional riser which adds the height you need to get it to adult comfort height. It’ll arrive flat-packed, the IKEA of arcade gaming, much simpler than most of the kit from the furniture store to finish. Authentic arcade controls and striking cabinet artwork, and, for our money, a better game than Street Fighter – There, we said it. 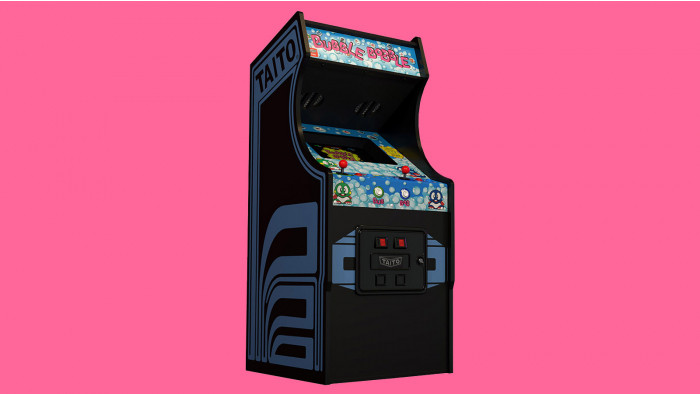 In the mid-eighties Japanese outfit Taito unleashed this game, went global and did rather well. A platform game featuring Bub and Bob, a couple of bubble blowing dragons trying to save their girlfriends from a world called the Cave of Monsters. Catch the monsters, jump on them to send them packing or they’ll perhaps turn into fruit to collect for extra points. The team at Numskull have grabbed licences for a number of other classic titles too and they create these 25% versions of the original cabinets. The artwork is absolutely spot-on as is the gameplay. 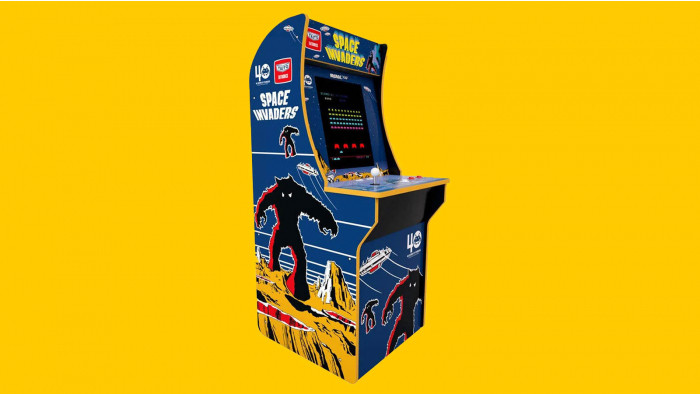 These cabinets may only stand at four feet but they’re no less impressive for it. In this pioneer of modern gaming halting the invasion of an alien swarm starts fairly serenely. The first few UFO’s that fly across the top are almost achievable too, a sense of satisfaction then the music begins to build, the approach rate increases rapidly. Such a great game - Do Buy a riser unit to add an extra foot to the height of the cabinet. 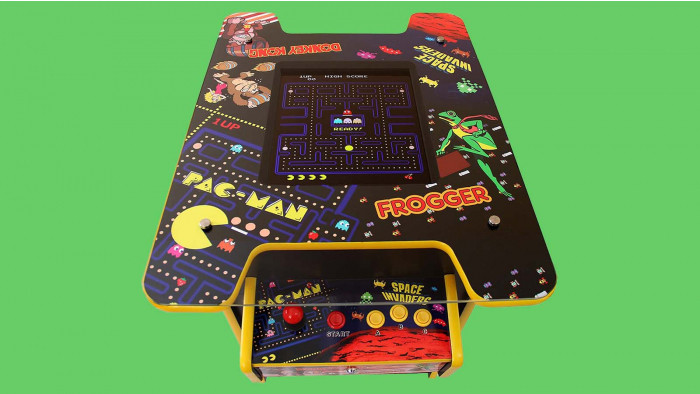 Indecisive types rejoice, this cocktail-cabinet unit has sixty rather splendid titles tucked away on its CPU. A decent sized 19-inch LCD display inlaid into a retro-inspired surround with player controls at each end – the screen digitally flips for two-player games. The titles include some retro classics such as Frogger, Scramble, Centipede, 1942, Dig Dug, three versions of Donkey Kong and nine ways to play pill munching Pac-Man. Set it to free play mode or claw some cash back and flick the switch for visiting players. 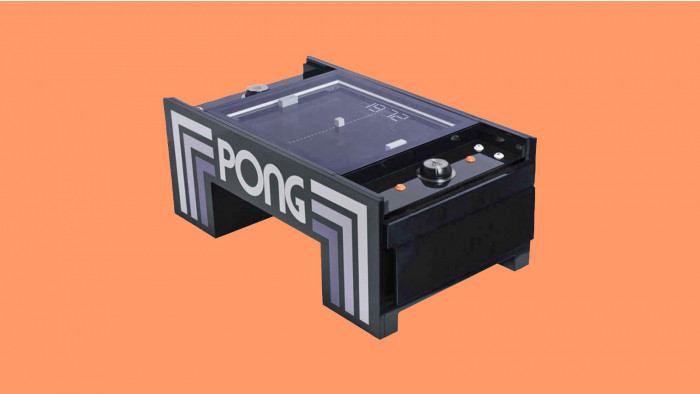 Paying homage to the first commercial arcade game from 1972 is this scale-up version complete with iconic “beep’. Covered with Atari artwork it’s a serious statement piece and what hides beneath to re-create the gameplay is where the price-tag lies. A series of pulleys, motors and magnets work together with the player paddles in easy, normal or expert mode. A digital scoreboard, LED light display, several USB ports, Bluetooth speaker and the ability to play versus the machine get it very close to that price-tag. 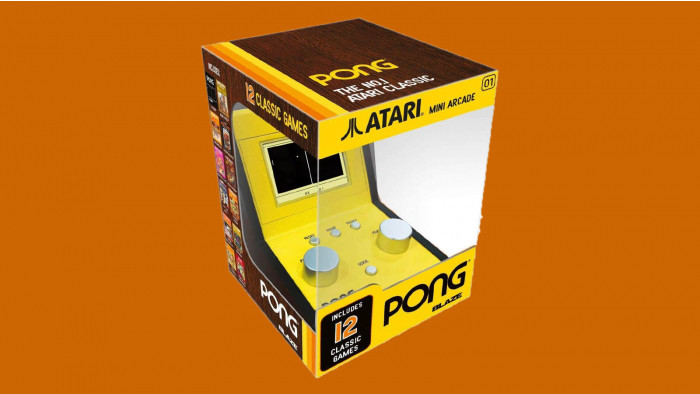 Featuring the game which started it all off this mini arcade has a 2.8-inch screen and packs a dozen titles inside. Most of them aren’t arcade emulations but versions of games from the Atari 2600, that no bad thing and decent value for just twenty quid we think. Battery or USB powered, sounds and a headphone jack. If you’re seeking a desktop diversion, a display unit to satisfy a nostalgia itch it's pretty much spot on.