You can now create your own Mario games, thanks to this Super Mario update

This huge Super Mario Maker 2 update is finally giving fans what they wanted. 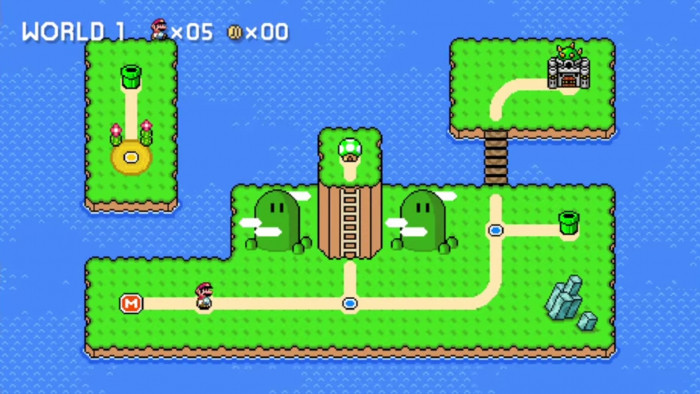 The Nintendo Switch has quickly become the lockdown console of choice, so you’ll be pleased to know that Nintendo is about to release a whole load of new Super Mario-related features.

Super Mario Maker 2, the only official way to build your own 2D Super Mario game levels, is getting a big (and final) update and it’s finally delivering what fans have been asking for.

The update, which will be available on Wednesday 22 April, will allow players to connect up to 40 levels in a customisable map - so essentially, you can build your very own Super Mario game.

And while The World Maker is certainly the most exciting, it’s not the only feature in this week’s update.

There are various new power-ups including a power balloon that allows you to float, a super acorn so that you can fly as ‘Flying Squirrel Mario’, and take out enemies with the flower boomerang.

All seven Koopalings are also being added to the game to cause trouble for Mario, along with the ghost-like Phanto and various-coloured Mechakoopa.