Xiaomi Mi 11 review: 5 things to know about the movie marvel

Xiaomi's new flagship launches in the UK and we've had a play. 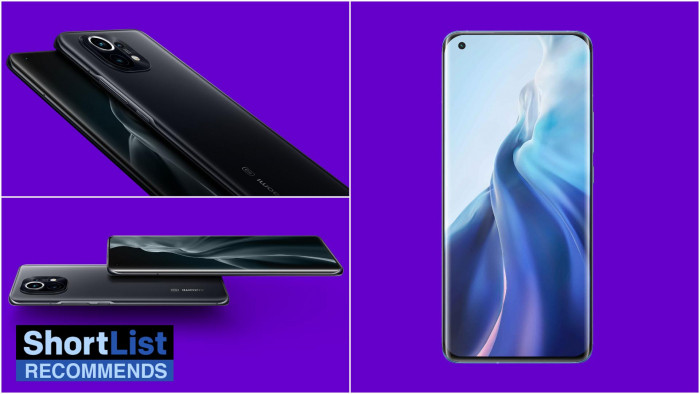 The Xiaomi Mi 11 is a smartphone that's already been revealed in certain parts of the world but the big news is that it is getting a UK launch. The phone is made by a company that's got its sights on the top sport of the phone market. Currently, it's duking it out in third place, with just Samsung and Apple ahead of it which is a very good place to be.

The Xiaomi Mi 11 marks a turning point, with its big performance flourishes, a brilliant screen and some camera specs that are certain to turn heads. We've been playing with the handset and here's what we think.

At 6.8 inches, the Xiaomi Mi 11 has one of the biggest screens around for a smartphone but it still manages to fit it onto a body that doesn't feel too bulky. It's 164.3 x 74.6 x 8.1mm and 196g, so is still small enough to control one handed but you some actions are a bit of a stretch.

The screen is stunning. At 1440 x 3200 resolution it's up there with the Samsung Galaxy S21 Ultra, while the 1,500 nits brightness is fantastic, as is the 120Hz refresh rate and HDR 10+ support. The screen has a slight curve, too, which we are fans of. In short all of this tech is good for movie watching, gaming and plain-old doom scrolling.

2. The performance is PUNCHY

Xiaomi isn't messing around with the innards of the Xiaomi Mi 11. The processor it's chosen to power the thing is the Snapdragon 888 chipset. You can't get a more powerful Android chip right now, which means that there is a huge amount of speed in pretty much every task you give the handset to do.

When it comes to gaming, there's no lag or dropouts - at least not when we powered up Call of Duty: Mobile - and flipping between this and the various apps we use was a breeze. Even jumping in and out of the camera provided little-to-no-lag, which reminds us...

3. MASSIVE megapixels means the devil's in the detail

Xiaomi has opted to add a 108MP sensor into the Xiaomi Mi 11 which is pretty jaw dropping and the level of detail that's offered because of it is noticeable. We would have liked to see have seen a dedicated telephoto lens on the thing but the rear camera bump (which houses three cameras) has a 13MP ultra-wide lens and something called a telemacro lens. Use this and you will get brilliant close-up detail. We managed to get it to focus on the groove of our fingerprint. This does mean that camera is lacking in the in-between, when you want to get close-up to objects but not ridiculously close-up but we're still impressed. Couple this with a dynamic range that impressed both in low light and bright light and this is a very capable camera phone.

Xiaomi Mi 11 has a number of fun video features, including the ability to create the dolly zoom effect that was made famous in Jaws - you know the one, where Roy Scheider's horrified face zooms to the camera while the background zooms away. Others include a feature that mirrors the top of the screen with the bottom and magic zoom which delivers a similar effect to an Edgar Wright movie. These are all fun to use, even if they are frustrating to pull off at times.

We can definitely see these being used, though. You only have load up TikTok to see how creative phone users are with video editing and the like, so anything that can enhance your social posts is a good thing and the features on show here are far from being a gimmick. And if you want this movie magic to rub off on your stills photography, then you can shoot in 20:9 which is as cinematic as the opening crawl to Star War Wars, well nearly.

5. Battery life is okay but charging is FAST

With so many premium features, we can understand why the battery life on the Xiaomi Mi 11 is decent but not amazing. We were charging it overnight, but that was after hours of gaming and stream - add in things like live wallpapers and an always-on screen and these are real battery hoggers. Lucky, then it takes just over 30 minutes to charge the thing thanks to a whopping 50W wireless charger (or 55W wired charger, if that's more your thing).

We are big fans of the Xiaomi Mi 11. It's one of the most powerful phones we have used, packed in a smart body with a camera that's bursting with both megapixels and features. It's Android which does mean Xiaomi has added their own spin to the OS - but we like the customisability of the system. We still prefer vanilla Android but that will never change.

The addition of Harmon Kardon speakers make the entertainment side of things sound great, though there is no 3.5mm slot so it's either these speakers or getting yourself a pair of Bluetooth headphones. All this for a price that isn't eye watering (see below) and what you have is a real flagship phone contender.

The Mi 11 will be available in 128GB and 256GB storage variants and will cost £749 and £799 respectively. It is available to pre-order through Vodafone - and apparently you will get a Mi Electric Scooter Essential when you order - and available to purchase through Amazon and the official Mi UK store from 22 March.