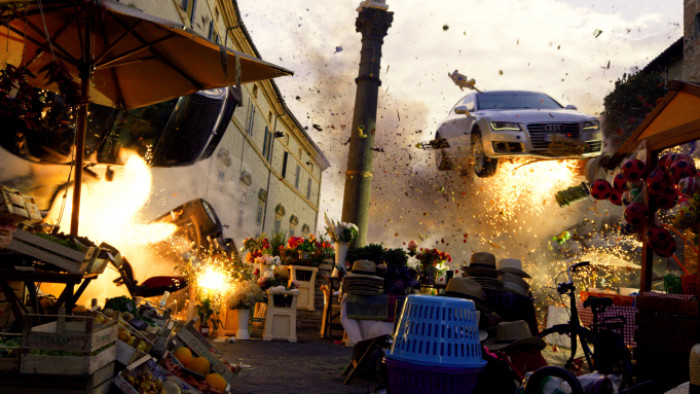 Ever fancied travelling the world, taking in the historic delights of 15th century Italian basilicas alongside the modern high-rises of the UAE? It sounds like the trip of a lifetime, doesn’t it?

Well, you’ll be pleased to hear you can now do just that from the comfort of your sofa (yes, this is a cut-price offer), as Ryan Reynolds takes in some of the world’s most desirable locations in the trailer for Michael Bay’s new Netflix endeavour, 6 Underground.

The highly anticipated release, set to land on Netflix on December 13, follows a vigilante team as they take-on some of the world’s most dangerous criminals. And Reynolds has just revealed the first trailer to followers on Twitter.

With Bay in the director’s chair, the project was always bound to attract big names, with a stellar line-up that includes Melanie Laurent, Dave Franco, Adria Arjona and Manuel Garcia-Rulfo.

Headed up by Reynolds, the trailer reveals that the group of vengeance seekers have faked their own deaths in order to operate undetected. "The best part of being dead is the freedom," Reynolds declares. "No policies or politics. We answer to no one. We could take out some truly evil people."

The opening sequence sees an armed standoff atop a neon-lit high-rise as the masked crusaders, complete with gas canisters, take on the evil of the world.

Of course, it’s all about balance with these things, so Bay has thrown in a heartstring-tugging moment to accompany Reynolds morbid declaration, as a lone human hand presses down on a coffin draped in stars and stripes. Not cliche at all.

With Reynolds’ dry wit and sarcasm coming to the fore with the trolling of his wife, Blake Lively, over social media, it was no surprise when the actor released a teaser from the set earlier this year.

“The best part about shooting with Michael Bay? I don’t know … A lot of people might say the action, but for me it’s the stillness,” he deadpanned to camera. “Those quiet moments.”

Given the teaser, it goes without saying that the trailer’s tempo is relentless. Hopping between more countries than we’ve had hot dinners, Bay even drops in a beautifully shot sequence involving a hoodie clad adventurer free running down the side of Florence’s Santa Maria del Fiore Cathedral.

To be honest, we’re more concerned about how exactly he got up there in the first place.