​Warburtons is turning left over crumpets into beer 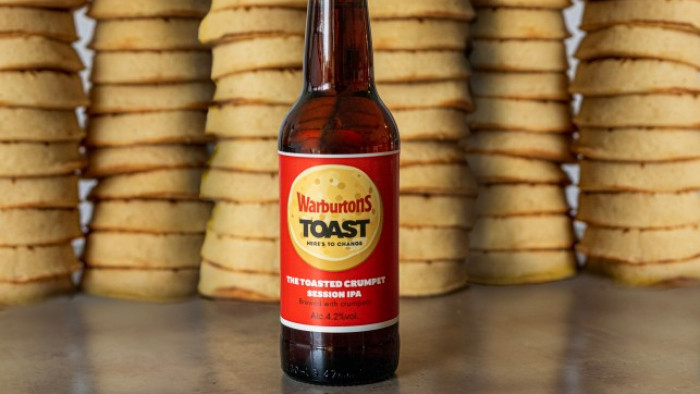 Have you ever chowed down on a crumpet whilst sipping tea and thought the experience just wasn’t crumpety enough?

Fret not, for Warburtons is taking its crumpet game to the next level by unveiling a beer that is actually made out of, you guessed it, crumpets.

As such, instead of chucking the crumpets that aren’t quite symmetrical or holey enough into a dough-filled grave, Warburtons is repurposing them as a beer ingredient.

Teaming up with Toast, the brands claim to have created the first-ever drink brewed using the tea-time treat.

Created using Wheat, Barley, Oats and Soya, the light IPA replaces some of the malted barley with crumpet pieces before fermentation takes place.

It makes total sense given the amount of yeast involved in both baking and beer brewing. And with an ABV of 4.2% the result is also a beer that raises the creative bar.

The initiative is all about giving back, with Toast donating all profits to charities that focus on fixing the food system in order to save the planet.

“Not only are we proud that Crumpet Beer is our first non-baked product we’ve ever launched, there’s nothing ‘butter’ than this cold brew teamed with a plate of warm crumpets!’

Priced at £28 for a 12-pack, you might also be interested to hear that the beer is also suitable for vegans.